PHILADELPHIA, PA—The Global Oval Summit at the Democratic National Convention (DNC) is bringing together U.S. leaders, celebrities, digital influencers and convention-goers to participate in a series of conversations on the next president’s global development agenda.

2:07 p.m. — America Must Lead: A Perspective from the Development Sector: Mina Chang and Jake Harriman

3:32 p.m. — The Making of #WhatIReallyWant: Kate Garvey and MJ Delaney

Jake Harriman, Founder and CEO of Nuru International, will speak to national security, as well as ending extreme poverty. In private meetings with Democratic Representatives, he will advocate for increased collaboration between the Departments of State and Defense to address growing concerns in highly fragile states.

“When I see the names of ISIS, al Shabaab and Boko Haram, I see competition,” says Harriman. “Extremist groups do development work, too.”

Harriman knows this first-hand from his military service as a Platoon Commander for the U.S Marines Corps. After four deployments, which included two combat tours in Iraq and disaster relief operations in Indonesia and Sri Lanka, he became convinced him that the “War on Terror” wouldn’t be won on the battlefield alone; that the contributing causes of terrorism—specifically extreme poverty—must also be eradicated. Harriman left his career in the Marine Corps and enrolled at the Stanford Graduate School of Business to build Nuru International, an organization focused on ending extreme poverty in remote, rural areas.

“Nuru is on a mission to build resilient communities,” continues Harriman. “We believe that access to meaningful choices is a basic human right. This means ensuring extremely poor communities are able to overcome their own challenges and not depend on handouts from anyone.”

Since 2009, Nuru has enabled over 85,000 people in Kenya and Ethiopia to lift themselves out of extreme poverty. Nuru credits its success to equipping local leaders to identify the needs of the community, design solutions to address those needs and effectively and efficiently implement and scale solutions. In 2017, Nuru will launch its third country project in a conflict state to prove the role of sustainable development in inoculating communities against violent extremism. 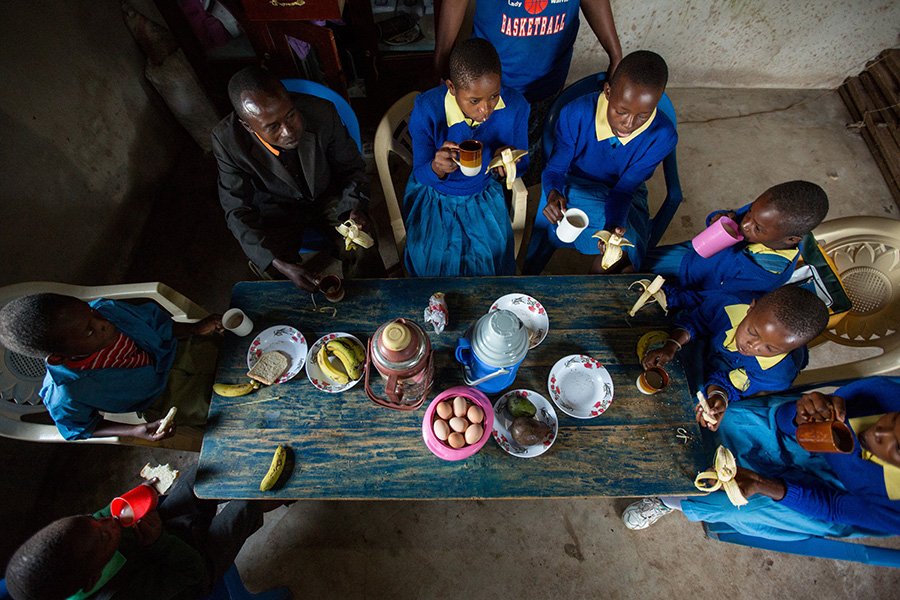 Through Nuru Kenya’s programs, farmers Floria and Charles Gibore have enough to provide food and schooling for their children (Nuru Kenya)

Harriman acknowledges that the government’s primary strategy for stabilizing highly fragile states is military intervention or foreign aid, neither of which is on its own capable of catalyzing long-term sustainable development. Harriman is calling for increased collaboration between departments to deliver development programs with the security savvy to operate safely and the integrated interventions to tackle the complex challenges of poverty. He calls this form of development “the hybrid way.” Harriman believes such programs are key to achieving the United Nations Sustainable Development Goals, which call for an end to extreme poverty by 2030.

The Better World Campaign (betterworldcampaign.org) was launched in 1999 with support from entrepreneur and philanthropist Ted Turner as part of his historic $1 billion gift to support UN causes. Headquartered in Washington, D.C., it works to strengthen the partnership between the United States and the United Nations.