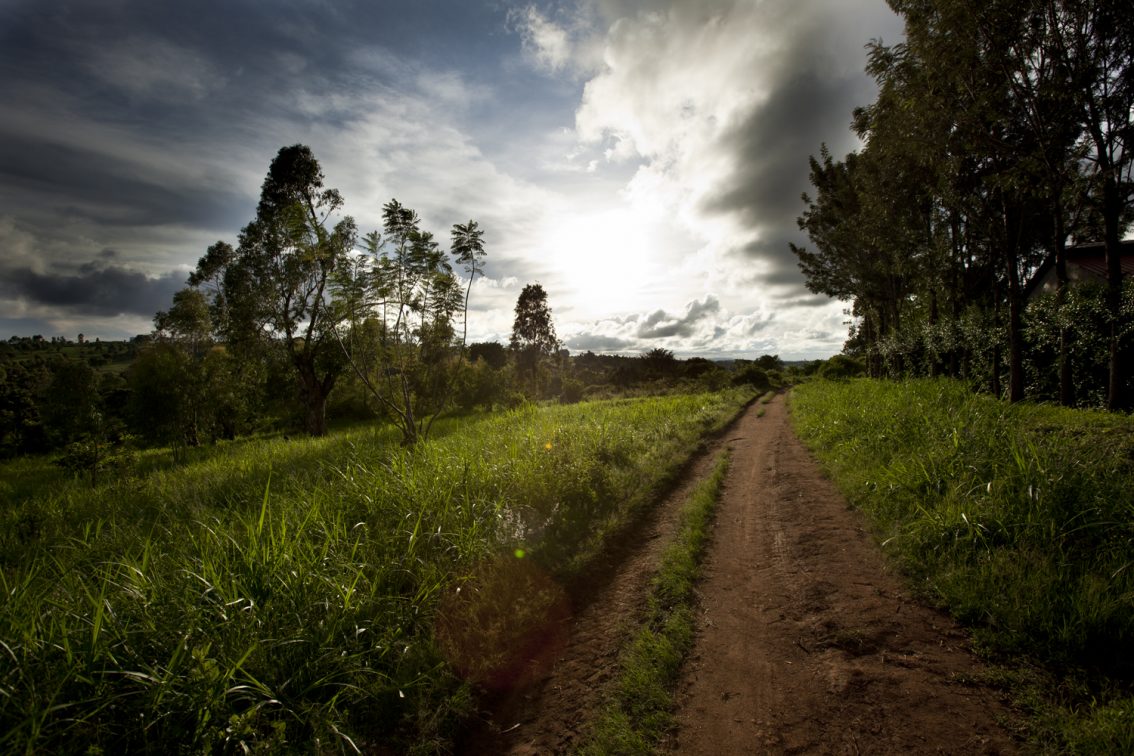 Warning: This content could be triggering to some readers, as it includes some descriptions of the horrific brutalities conducted by the former head of Boko Haram and other insurgent groups.

This quarter’s analysis will explore how the death of one of the deadliest terrorist groups’ leaders will likely make the region more rather than less dangerous. 350,000 civilian deaths have been attributed to Boko Haram’s violence since the group launched its first attack in 2009.* Current projections hold that the number could exceed 1,000,000 people by 2030.**

Reports are scant. Causes of death are varied. As details emerge, only a few things are clear about the events of the 19th of May:

Shekau had sworn fealty to ISIS, so why would they want him dead?

There’s an old French saying that can provide some context: “Insurgencies don’t die. They splinter.” Internal dynamics within insurgent/terrorist groups make them susceptible to splitting. A common cause for the splitting centers around each would-be faction’s stance on violence against civilians as a means of achieving their aims. To be clear, it is not a question of whether or not to commit acts of violence against civilians or even between “hardliners” and “softliners”; rather, it is disagreement over when and how the violence will be conducted. Just as Islamic State splintered from al Qaeda, Islamic State West Africa Province (ISWAP) splintered from Boko Haram. While the death of Shekau was ordered by ISIS, it was conducted by their favored affiliate of the Boko Haram factions, ISWAP. His death was a consolidation of power and strategies for ISIS writ large.

Insurgency as a competition

“Insurgency is a competition between the insurgent and the state for the support of the local population.”*** Insurgent groups are quite small relative to the areas they control and influence.**** Local community support is essential to their ability to exist.***** They specifically target marginalized communities and exploit their vulnerabilities to gain footholds. An example of this is the “hearts and minds” strategy used to give desperate communities the equivalent of $30 to join ISWAP (Sahara).

Abubakar Shekau’s strategy was largely focused on exploitation, fear, and terror to exert control over communities in northeastern Nigeria. Shekau was notorious for his brutality and deliberate attacks of civilians –Christian and Muslim alike. He routinely used children as suicide bombers, but it was his kidnapping of 276 secondary school girls from the town of Chibok in 2014 that gained him international infamy.

ISWAP, by contrast, largely focuses the majority of its attacks on military targets. ISWAP’s strategy has been to bait the military into conducting counterinsurgency operations in communities under their control to force civilian casualties. Each civilian casualty at the military’s hands benefits the insurgent in the competition for local support. Shekau was killed because his brutality was causing ISWAP to lose their hearts and minds strategy to “win over” the local population.

An overemphasis can be placed on the centrality of the leaders to the ongoing existence of groups like al Qaeda, ISIS, and Boko Haram, while disregarding the conditions within which these groups thrive. As one example, Bin Laden was killed over a decade ago, but Al Qaeda is still growing. There are more violent extremist organizations now than existed on 9/11. The past few years have seen a series of leaders from al Qaeda, Islamic State and their affiliates killed, but these groups’ capacity for violence across Africa has continued to grow with each year. Often the violence of groups like Boko Haram and Islamic State causes people to lose sight of their effective organizational management of people to further their nefarious mission.******

The focus of efforts to prevent and counter violent extremist organizations needs to be less on the leaders and more on their strategies and the conditions they can exploit.

As I mentioned in my last geopolitical analysis, the massive influx of weapons following the overthrow of Qadaffi in 2011 fundamentally changed the security dynamics in large parts of West Africa. This is particularly true in northeast Nigeria, where overnight, Boko Haram was able to amass the stockpile of arms needed to establish a caliphate. Boko Haram committed unthinkable atrocities in the regions where Nuru works in northern Adamawa State. Ultimately, the Nigerian military was able to uproot and dismantle the caliphate. Boko Haram was pushed back and was never able to regain the territory they lost and has largely been relegated to small-scale raids.

ISWAP emerged from the ashes of Boko Haram’s loss. It saw Boko Haram’s failure and learned from it. Boko Haram didn’t garner the support of the local population. They tried to hold communities by force, but force is fleeting. ISWAP, instead, is focusing on establishing footholds and winning over local communities by being benefactors as noted above. They aren’t starting with their desired end state of a caliphate. They are getting their foot in the door and establishing control before they unleash the full plan of absolute rule and religious purging of territories. ISWAP is playing the long game. This is what makes them so dangerous.

This is also what makes Nuru’s work in conflict-affected areas so important. Nuru focuses its efforts to bring lasting, meaningful choices to some of the most vulnerable and marginalized communities in the world. We reinforce the Nigerian state where it is weakest – remote, rural areas. In northeast Nigeria, people are still trying to rebuild and recover from the previous devastation brought about by the Boko Haram caliphate at its peak. Boko Haram’s bloody occupation sowed fear and distrust among community members. Much of the infrastructure (health clinics, banks, etc.) that existed before the caliphate is still in ruins.

In the middle of this extremely trying situation, Nuru focuses its efforts on helping the community begin its healing and rebuilding process. Insurgencies control through division. Nuru builds resilience by bringing communities together. We achieve unity in the face of adversity by equipping people with the tools and knowledge they need to move from desperation and isolation to establish strong and thriving communities built on trust and economic opportunity. As households begin to move out of poverty through their participation in Nuru-supported farmer-owned cooperatives, trust begins to build, and families take their first steps together with a restored sense of agency, dignity, and social cohesion. Legally registered cooperatives also give communities a collective voice and connection to government services.  As opportunities grow, a “$30 gift for joining” an insurgent group no longer has the same appeal it might have once had. People start to see their community as a place of opportunity and hope. They have something to lose. 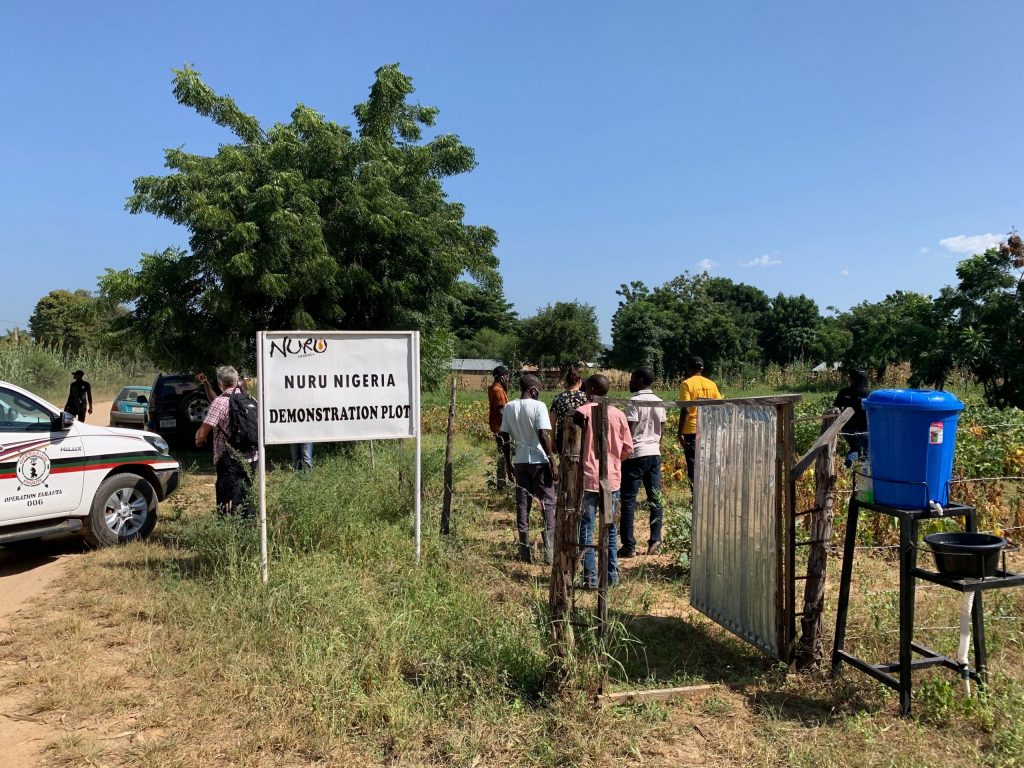 Nuru’s work in northeast Nigeria is the first part of a long-term strategy to build resilience corridors across multiple communities in the Sahel by eradicating poverty and unlocking economic potential. Nuru is working together with communities to rebuild, and also acting as a conduit for other partners and services like Vitamin Angels to further strengthen communities. The outcome of these efforts is that communities will be able to stand resilient to the combined threats of violent extremist organizations, political instability, and other shocks. That means they will be more readily able to chart a more hope-filled future for their families.

****West Point’s Combatting Terrorism Center estimated that Boko Haram, prior to Shekau’s death, had 1,500 fighters and ISWAP had 3,500. Between the two groups, they influenced and controlled an area with over 11,000,000 people.

*****Support can be extracted either voluntarily or through coercion.

******To further demonstrate just how interchangeable leadership has become, over the past three years, ISWAP has changed its leader twice. This highlights the interchangeability of leaders. Interestingly, both times both predecessor and successor were named al Barnawi and of no relation to each other. In order to decode this seeming coincidence of names: Islamic State fighters typically adopt a “kunya” or nom de guerre. Because ISIS has a large number of foreign fighters, a number of these pseudonyms have references to where someone is from. Al Baghdadi (i.e., “from Baghdad”), the former leader of ISIS, is one example. In the case of al Barnawi, the name means “from Borno,” one of the three states in NE Nigeria where Boko Haram and ISWAP are active.