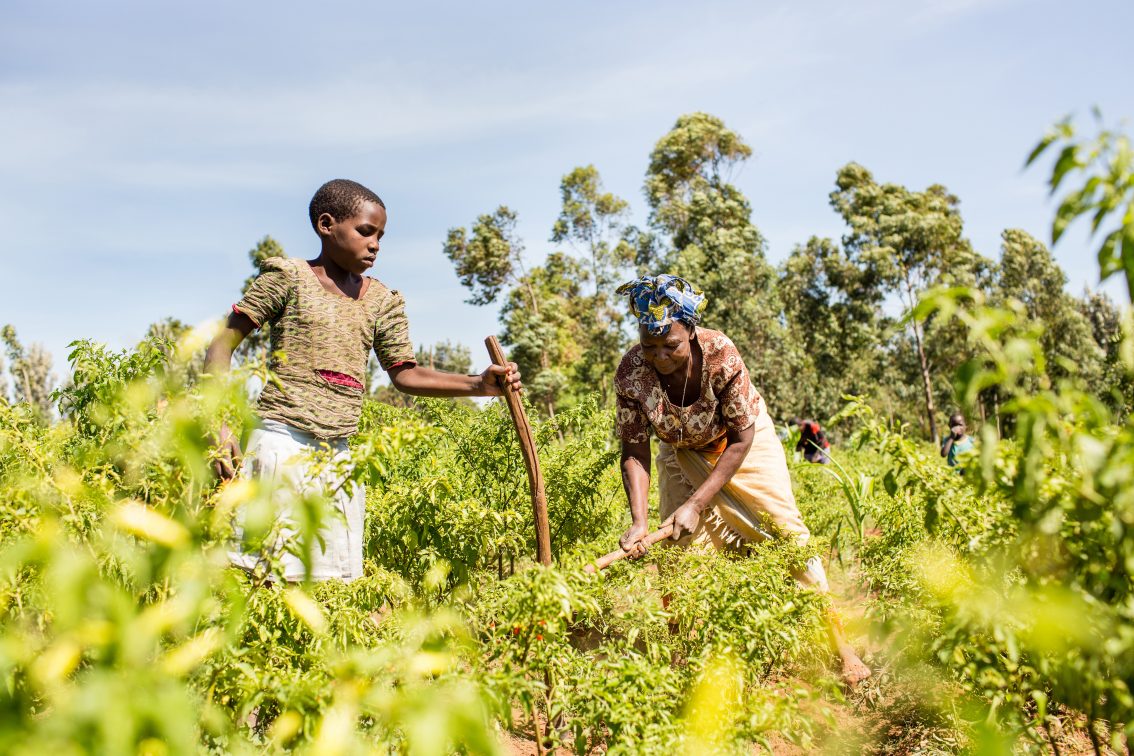 From Minimum Standards to a Gender Transformative Approach: The State of Women at Nuru

In 2017, Nuru International proudly joined a small but growing number of international development organizations endorsing ‘Minimum Standards for Mainstreaming Gender Equality.’ Now five years later, we’re taking a look at where our journey has led since endorsing the standards. In assessing the ‘state of women’ at Nuru, we’ll also discuss why gender mainstreaming is central to the Nuru model and look ahead to how we can continue to create a more gender-equal world together.

What is Gender Mainstreaming?

First defined by the UN in 1997, gender mainstreaming has come to be understood as a strategy to center gender equality and women’s empowerment in an organization’s policies, programs, functions, and structures. In 2017, the Gender Practitioners Collaborative observed that while most international development organizations intended to advance gender equality, the sector lacked a common set of standards to which implementers could hold themselves and others accountable.

The collaborative soon released the  ‘Minimum Standards for Mainstreaming Gender Equality’, a document benchmarking the foundational steps required to remove the social and cultural barriers preventing women from accessing and benefitting equally from opportunities.

For Nuru, gender intersects with nearly every aspect of our work. Women are disproportionately affected by the primary challenges we seek to address: extreme poverty, climate change, and state fragility. More importantly, we know that empowering women has manifold benefits for families, communities, and economies, particularly in the remote, rural regions we serve.

Worldwide, women are more likely than men to experience extreme poverty – living on $1.90 or less each day – a grim reality only worsened by the COVID-19 pandemic. Before the pandemic, the poverty rate for women was expected to decrease by 2.7% between 2019 and 2021, but projections now point to an increase of 9.1%. In sub-Saharan Africa, where the majority of the world’s poorest live, the number of women and girls living in extremely poor households is expected to increase from 249 million to 283 million between 2021 and 2030.1

With 70 percent of African women working in the agricultural sector, this economic outlook is particularly important for Nuru. Despite the important role that women play in the production of vital food sources, they are hindered in the pursuit of sustainable livelihoods by unequal access to agricultural inputs, capital, and technology.

It is estimated, however, that if women worldwide had equal access to productive resources, the number of hungry people in the world would decrease by 100-150 million.7

In many regions around the world, the threats of climate change and conflict are often intermingled. The Georgetown Institute for Women, Peace, and Security states, “Climate change exacerbates conflict by aggravating pre-existing and underlying tensions including weak governance and poor social cohesion, while pressuring already strained natural resources and increasing food and livelihood insecurity. In turn, intensified natural resource-related conflicts, instability, forced displacement, and exploitation by armed groups intensify environmental degradation and increase the vulnerability of communities to climate change shocks.”8

Nowhere are the joint risks of climate exposure and fragility greater than in the Sahel and no population is more affected than women. Forming the majority of Africa’s agricultural labor force, women are particularly vulnerable to environmental degradation and climate change. Alternating extreme rainfall events and droughts threaten crop yields and can often lead to soil erosion and degradation, responsible for approximately 70% of economic losses in West Africa.9 In conflict-affected areas, women suffer most, experiencing trauma, sexual violence, forcible displacement, and economic losses at far greater rates than their male counterparts.

Notwithstanding, a wealth of research shows that women are uniquely positioned to be the most powerful actors in advancing climate resilience, peace, and prosperity. The Nuru model acknowledges this central role of women in building resilience through a gender transformative approach.

Our commitment to gender equality is currently evidenced through two core principles that guide our gender transformative approach: women-first and inclusive decision-making & leadership.

As we began our work in northeast Nigeria in 2019, we adapted the Nuru model to work with women as an entry point to households and communities. For any household to qualify for registration in a Nuru Nigeria farmer association, for example, there must be a registered woman from the household before a man from the same household can be registered. This focus helps to increase inclusivity, empowerment, and involvement of women in community decision-making.

Once the woman of a household is engaged in Nuru programming, men also become involved. In this way, women are meaningfully contributing to the household’s income-generating activities, but men are not excluded from the process. A sense of partnership is fostered, and men become supportive actors in empowering women to make economic investments that will improve their shared livelihood.

In 2021, 70% of the farmers registered with Nuru Nigeria were women, which was a direct result of mainstreaming the women-first principle into their local development model in 2018-19. In Kenya, we are actively promoting the increased participation and leadership of women in Nuru-supported farmer cooperatives and realized 30% active women membership across 38 farmer cooperatives in 2021.

As women are increasingly included, their voices are more readily heard and valued. For this reason, the core principle of Nuru’s gender transformative approach is creating opportunities for women to share in household, community, and organizational decision-making.

In an effort to include more women in cooperative level decision-making and leadership while also increasing financial inclusion, Nuru Ethiopia established an integrated animal fattening and savings group activity that was piloted in 2017-18. The activity encourages women to increase their savings at the cooperative by offering access to animal fattening loans and training that is only attended after consistent savings behavior is demonstrated. The activity is supported by Nuru Ethiopia but is led by the women as part of a formal savings and loan sub-committee housed within the cooperative. As of 2021, 3,668 women across 31 cooperatives were participating in this integrated activity, thus providing vital capital to cooperative revolving funds that significantly contribute to cooperative profitability and professionalism.

Another way this principle is carried out is through the locally derived and championed Gender Policies of Nuru Kenya, Nuru Ethiopia, and Nuru Nigeria. While each policy is contextualized to the unique environment of the organization that crafted it, all are effective in promoting a gender-balanced organization.

At the close of 2021, 30% of Nuru Kenya’s staff and 43% of its leadership were women, including three female staff in senior leadership. At Nuru Ethiopia, 40% of leadership positions are held by women. Nuru Nigeria’s team is 38% female, with a balanced 50% of leadership represented by women.

Five years after our endorsement of the Minimum Standards for Mainstreaming Gender Equality, Nuru is proud of the significant progress made in adopting a gender transformative approach across our collective of organizations and the many contributions of Nuru gender champions past and present. As we continue to build out a holistic gender strategy, our priorities include:

Nuru envisions a future where resilient communities are free from extreme poverty, a future we believe can only be realized by unlocking the full potential of both women and men.

To join us in realizing this envisioned future, please visit give.nuruinternational.org/womenfirst