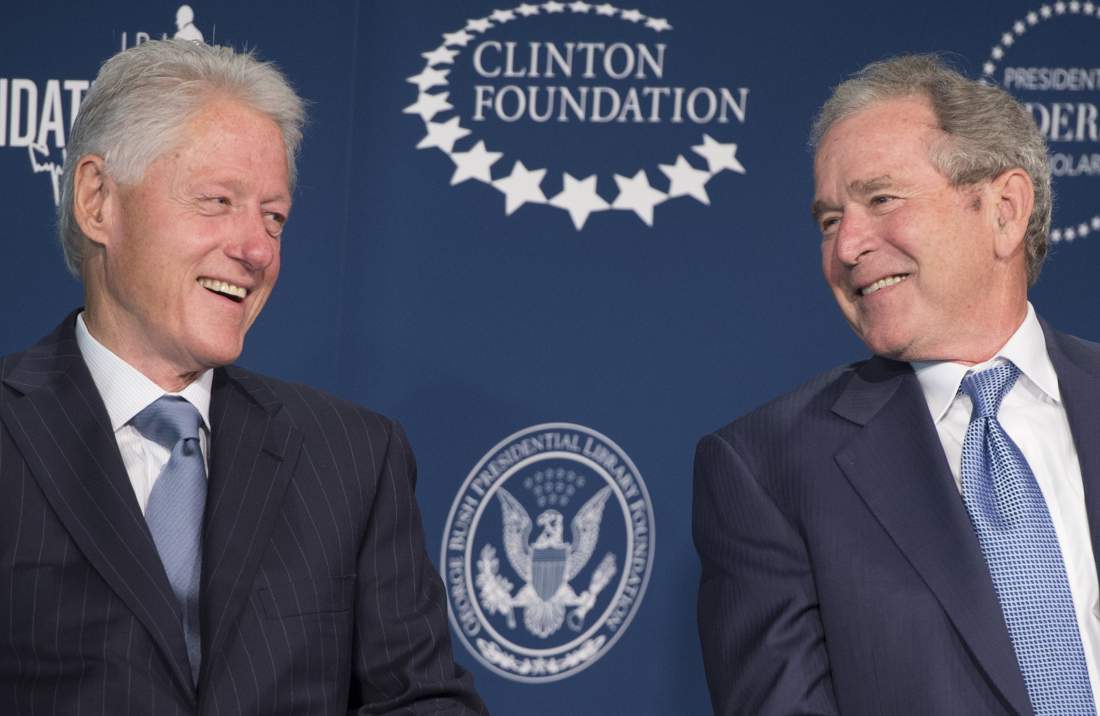 DALLAS, TX—In a rare bipartisan appearance, President George W. Bush and President Bill Clinton will stand side-by-side to inspire and challenge the 60 graduates of the Presidential Leadership Scholars program, a 100-hour course designed to launch successful mid-career leaders into greatness. The inaugural class of scholars nominated Nuru International Founder and CEO Jake Harriman to give remarks on behalf of his class and introduce the presidents.

The ceremony, set to begin on July 9, 2015 at 5:00 pm CDT, will also be live streamed at www.presidentialleadershipscholars.org/2015graduation. The event will also include a moderated conversation with entrepreneur Mark Cuban.

Since February 2015, the scholars have traveled once a month to a participating presidential center to learn from former presidents, key administration officials and leading academics. They studied and put into practice varying approaches to leadership, developed a network of peers, and exchanged ideas with mentors and others. They also developed a personal leadership project, intended to make a significant difference in their communities, across the country or around the globe.

Harriman’s organization, Nuru International, is creating lasting meaningful choices for impoverished farmers in conflict states to create greater global stability and security by combining special operations combat experience with a new poverty eradication model. Nuru seeks to become the “go-to” nation-building platform – enabling stability and choices in fragile nations. Presidential Leadership Scholars has enabled Nuru to elevate the visibility of its approach and gain the support needed to launch its first conflict state project, and it has helped Harriman refine his communication skills to gain buy-in for Nuru among key stakeholders.

“I have grown significantly as a leader over the last six months of participation in PLS,” says Harriman. “The team has created an unprecedented learning environment, affording us access to information detailing the decision-making processes for some of the toughest decisions made during four presidential administrations. I continue to be blown away by the opportunity to participate in this program.”

The Presidential Leadership Scholars program is a partnership between the presidential centers of George W. Bush, William J. Clinton, George H.W. Bush, and Lyndon B. Johnson. The 60 scholars include individuals from diverse backgrounds and geographies from a variety of sectors, including private, public, non-profit, military, and academia, who were selected because of their desire and capacity to strengthen their leadership skills.

Applications for the second class of Presidential Leadership Scholars will also open on July 9, 2015 at www.presidentialleadershipscholars.org.

Nuru International is a U.S.-based social venture on a mission to end extreme poverty in remote, rural areas. It establishes sustainable community development projects, such as Nuru Kenya and Nuru Ethiopia, to deliver high touch, holistic programming – in agriculture, financial inclusion, healthcare and education – to engage all household members in building resilience and graduating out of extreme poverty within five to seven years.