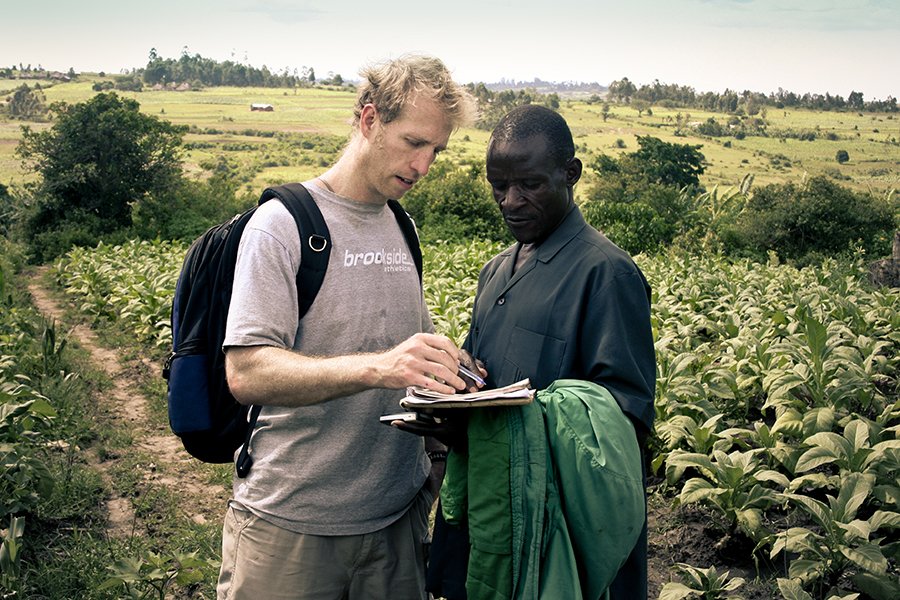 Can growing corn in Kenya fight terrorism? One veteran says it can.

BY HIS OWN RECKONING, Jake Harriman has told the same story more than 500 times. It is early morning in April 2003. The fog is lifting along Highway 7 in southern Iraq. A small car blazes up the road. Harriman fires a warning shot. The driver bolts from his car, frantically waving his hands, and starts sprinting toward Harriman’s position.

Harriman’s face and those of his men are as drawn and depleted as the vast rock desert that surrounds them. Taking the man for yet another suicide bomber, they train their sights on him.

As they do, a black truck roars up, weapons shredding the man’s car like Sonny Corleone’s Lincoln Continental in The Godfather. The man screams and turns back.

Harriman orders his men to open fire on the truck. The six fedayeen have no chance against the overwhelming American firepower.

But it’s too late.

“Seeds of Promise” is a feature article in the November/December 2015 print edition of Stanford Magazine.