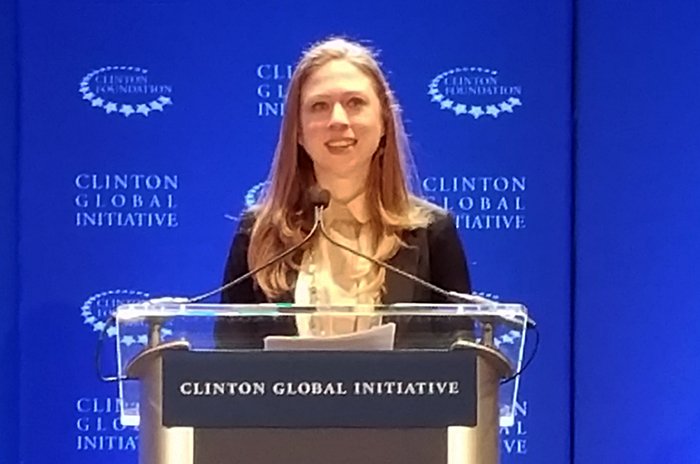 Clinton Global Initiative, an initiative of the Clinton Foundation, convenes global leaders to create and implement innovative solutions to the world’s most pressing challenges. Nuru International, a US-based social venture, equips local leaders in remote rural areas to eradicate extreme poverty in their communities. As a member of the Clinton Global Initiative, Nuru has been invited to their events as well as the opportunity to prepare a commitment to action.

As Nuru’s Agriculture Program Strategic Advisor, I had the opportunity to participate in a week of events which included a workshop on technology for agricultural intensification and a summer reception hosted by President Bill Clinton and Chelsea Clinton.

The technology workshop featured a number of core takeaways where partners shared how their use of technology such as satellites, unmanned aerial vehicles, mobile phones and predictive models were fundamentally changing the way they worked with smallholder farmers. From Nuru’s work in Kenya, I shared about a past initiative to offer crop insurance to farmers based on satellite rainfall data, as well as an initiative launched in the past month that offers farmers the ability to repay their agricultural loans using the mobile money transfer service M-Pesa. These technologies make our work more efficient and effective by cutting the distance between us and remote, rural farmers.

At the summer reception, I took advantage of the opportunity to network with a number of partners present at the event. Through its participation in the Clinton Global Initiative, Nuru strives to offer partnership opportunities and seek resources to scale poverty approaches globally. By offering expertise and knowledge, and leveraging resources of key partners, Nuru aims to make a substantial contribution to the poverty eradication sector. The attendance was multi-sectoral and varied, with representation from the private sector, nonprofit space, and the public sector. After all, the Clinton Global Initiative is about convening leaders to drive action through inspiration, networking, knowledge building and collaboration.

The culmination points of the event were a keynote speech by Chelsea Clinton and an on-stage interview of President Bill Clinton. It was inspirational to listen to how these leaders establish and build a vision of collective action to face the toughest problems in the global community.

Nuru International is proud and humbled to be a Clinton Global Initiative member as we prepare our commitment to action to be announced in September 2015.