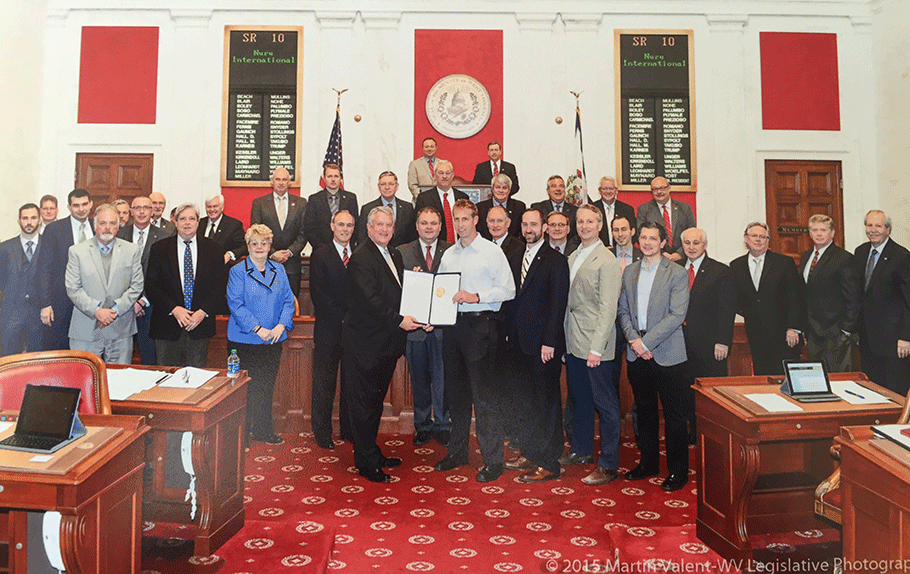 On Wednesday, January 21, 2015, Nuru International was given a double honor in the home state of Nuru’s CEO and founder Jake Harriman. Nuru board members John Hancox and Andy Cogar as well as staff member Billy Williams joined Jake in Charleston, West Virginia to stand before the West Virginia House of Delegates to receive a citation. The citation honors Nuru for its work to fight extreme poverty and celebrates the strong role West Virginians have played in moving Nuru’s mission forward since its inception—whether by working directly for Nuru, volunteering, or donating money. These efforts have helped Nuru grow from an idea in 2008 to an organization changing over 60,000 lives in Kenya and Ethiopia.

As soon as the House of Delegates finished presenting its citation, the Nuru delegates were ushered to the other end of the West Virginia State Capitol where the Senate passed a similar resolution and honored the work of Nuru.

Nuru is grateful for the support of West Virginians and looks forward to continuing to work together to end extreme poverty in remote rural areas.