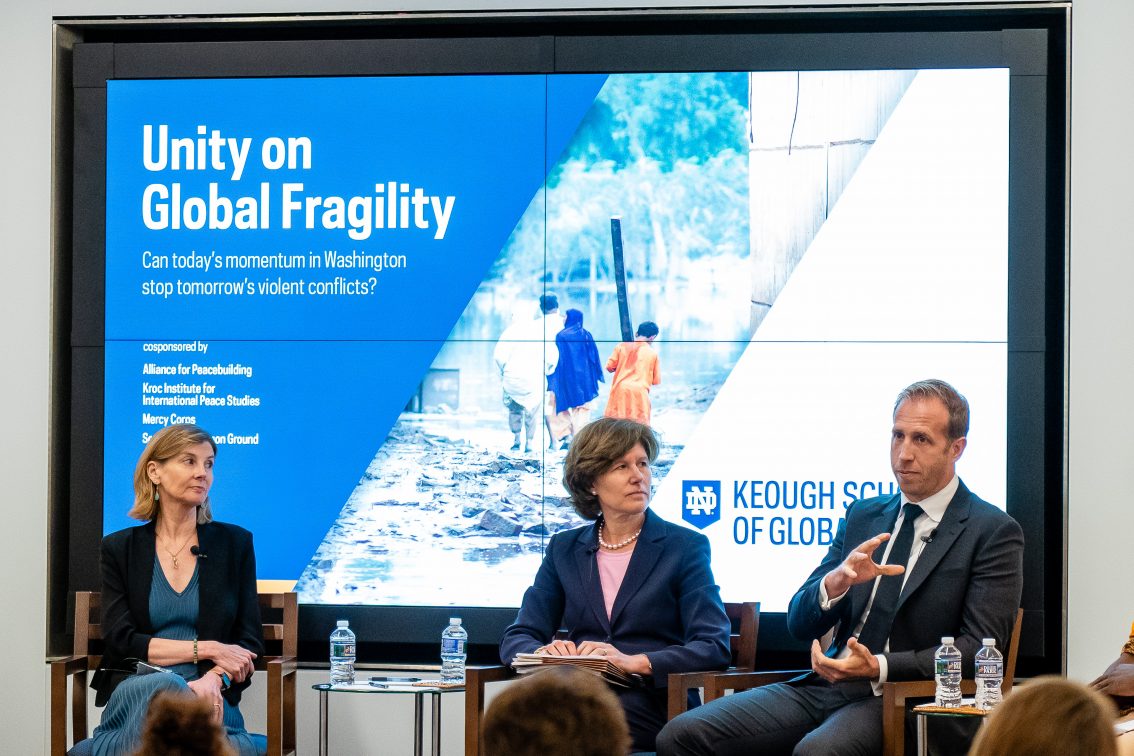 Washington, DC–Nuru International celebrates the passage of the bipartisan Global Fragility Act (GFA), included in the Fiscal Year 2020 spending package. This landmark legislation requires the establishment of a robust strategy to focus U.S. foreign assistance on addressing and preventing violent extremism in fragile countries and regions. This bill is a paradigm shift in U.S. national security strategy, focusing for the first time on a coordinated effort between defense, development, and diplomatic strategies and interventions. The legislation increases transparency and accountability by mandating biennial reports to Congress and to the American people. It also strengthens research to identify the foreign assistance programs and diplomatic and defense approaches that are most effective at preventing violent extremism. Finally, it dedicates $1.15 billion over the next five years for the prevention of violence and violent extremism in countries at risk.

We are grateful for the dedicated members of Congress whose determination and collaboration ensured the passage of the GFA. We appreciate the leadership of Senators Chris Coons (D-DE) and Lindsey Graham (R-SC), as well as Representatives Eliot Engel (D-NY) and Michael McCaul (R-TX), the Chairman and Ranking Member of the House Foreign Affairs Committee. Other original co-sponsors of the legislation include Senators Jeff Merkley (D-OR), Marco Rubio (R-FL), and Todd Young (R-IN) and Representatives Bill Keating (D-MA), Francis Rooney (R-FL), Adam Smith (D-WA), and Ann Wagner (R-MO). A bipartisan group of 26 senators and 20 representatives co-sponsored the bill, and their support was key to its success.

This is a culmination of several years of leadership and advocacy work by Nuru and other committed NGOs. Nearly a decade ago, Nuru launched a bold new idea and approach to addressing extreme poverty. Nuru’s model, first launched in Kenya, was designed with a vision to create a world where violent extremist groups can no longer exploit the conditions of extreme poverty to further their cause. The impact Nuru has achieved by co-creating together with local leaders in Kenya, Ethiopia, and now northeast Nigeria is providing a path out of extreme poverty for thousands of farmers and their families. Those programs, along with their design and data, are the underpinnings of this new policy.

At Nuru, we are dedicated to creating new strategies, proving our impact, and then scaling through advocacy. “The GFA establishes a bold and comprehensive initiative that equips the U.S. government and the NGO community with the authorization and resources needed to prevent and address violent extremism in the most fragile areas of the world,” said Aerie Changala, Chief Program Officer for Nuru International. “We look forward to working alongside the U.S. government to ensure that the implementation of this landmark legislation will have a real impact on the ground in the lives of the people Nuru serves.”

We are overwhelmed by the progress that has been made in such a short period of time, and we look forward to working with our partners in Congress and the Administration on implementation of this critical legislation, which will strengthen U.S. national security and build a more stable, secure, and prosperous world for decades to come through innovative strategies in defense, development, and diplomacy in fragile rural areas.