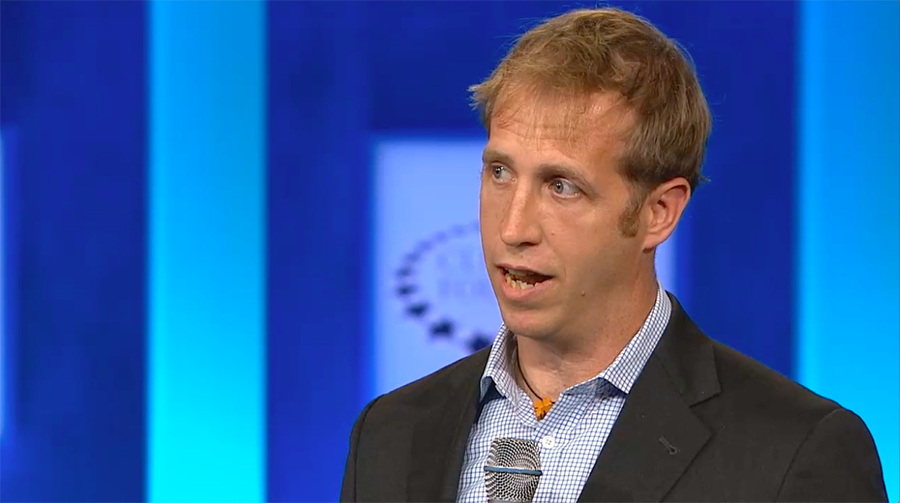 Nuru International is committing to launching a 3,000-person pilot to bring measurable development to rural farming families in a highly fragile state in Sub-Saharan Africa in 2018. Nuru aims to demonstrate the international community’s ability to implement sustainable development programs in regions where assistance has largely been limited to military intervention and humanitarian aid. If the pilot is successful, Nuru will scale up the model to sustainably develop highly fragile states around the world.

“During my service as a Special Operations Platoon Commander in the Marine Corps, I began to see a real market gap and the need for a third way – a hybrid of the military intervention and humanitarian aid strategies – to give rural communities in extreme poverty meaningful choices,” says Jake Harriman, Founder and CEO of Nuru International. “I left the military to create a sustainable solution that would be led, driven and owned by the people best suited to solve the problems in that region: those currently living in extreme poverty. Nuru International equips local leaders to identify the needs of the community; design solutions to address those needs; and effectively and efficiently implement and scale solutions. I firmly believe that a strong African woman who possesses the same skill set and knowledge that I have is far more capable of sustainably ending extreme poverty in her country than I will ever be.”

Nuru International has already established two sustainable community development projects, Nuru Kenya and Nuru Ethiopia, which together have enabled over 85,000 people to lift themselves out of extreme poverty. In June 2015, Nuru Kenya celebrated a significant milestone: the exit of expat staff, meaning local leaders are operating, managing and scaling impact independent of Nuru International staff.

Sub-Saharan Africa is home to 19 of the world’s 24 most fragile states, and the Central African Republic and Democratic Republic of Congo rank in the top five [Fragile States Index 2015]. Nuru expects to select one new site in Democratic Republic of Congo, Central African Republic or Niger, pending the completion of ongoing site visits and assessments through 2016. Nuru intends to staff its new project with former combat operators who know how to handle themselves in chaotic, rapidly changing, insecure environments and will live in the communities, using their experience in building capacity to create influence by, with and through local leaders. To promote gender inclusion, Nuru commits to ensuring that half of its beneficiaries are women and girls.

Two current partners essential to the implementation of Nuru’s commitment include:

Nuru will provide annual commitment updates to Clinton Global Initiative in Q1 of each year, as well as periodic updates through the Nuru International website [NuruInternational.org].

Since 2009, Nuru has partnered with farmer households to consistently increase crop yields, food security and income. Nuru farmer yields have increased 56 percent more on average than farmers’ yields in the comparison group. In addition, Nuru farmer households have shown a 12 to 14 percent increase in the adoption of healthy behaviors relative to the comparison group since 2013. Moreover, children in grades 2-5 who receive Nuru Outreach have demonstrated a 6 percent increase in literacy proficiency over time in comparison with non-Nuru students. Nuru believes that with access to opportunity and meaningful choices, families can and will graduate from surviving today to planning for tomorrow.

About the Clinton Global Initiative

Established in 2005 by President Bill Clinton, the Clinton Global Initiative (CGI), an initiative of the Clinton Foundation, convenes global leaders to create and implement solutions to the world’s most pressing challenges. CGI Annual Meetings have brought together 190 sitting and former heads of state, more than 20 Nobel Prize laureates, and hundreds of leading CEOs, heads of foundations and NGOs, major philanthropists, and members of the media. To date, members of the CGI community have made more than 3,200 Commitments to Action, which have improved the lives of over 430 million people in more than 180 countries.

In addition to the Annual Meeting, CGI convenes CGI America, a meeting focused on collaborative solutions to economic recovery in the United States; and CGI University (CGI U), which brings together undergraduate and graduate students to address pressing challenges in their community or around the world. This year, CGI also convened CGI Middle East & Africa, which brought together leaders across sectors to take action on pressing social, economic, and environmental challenges.