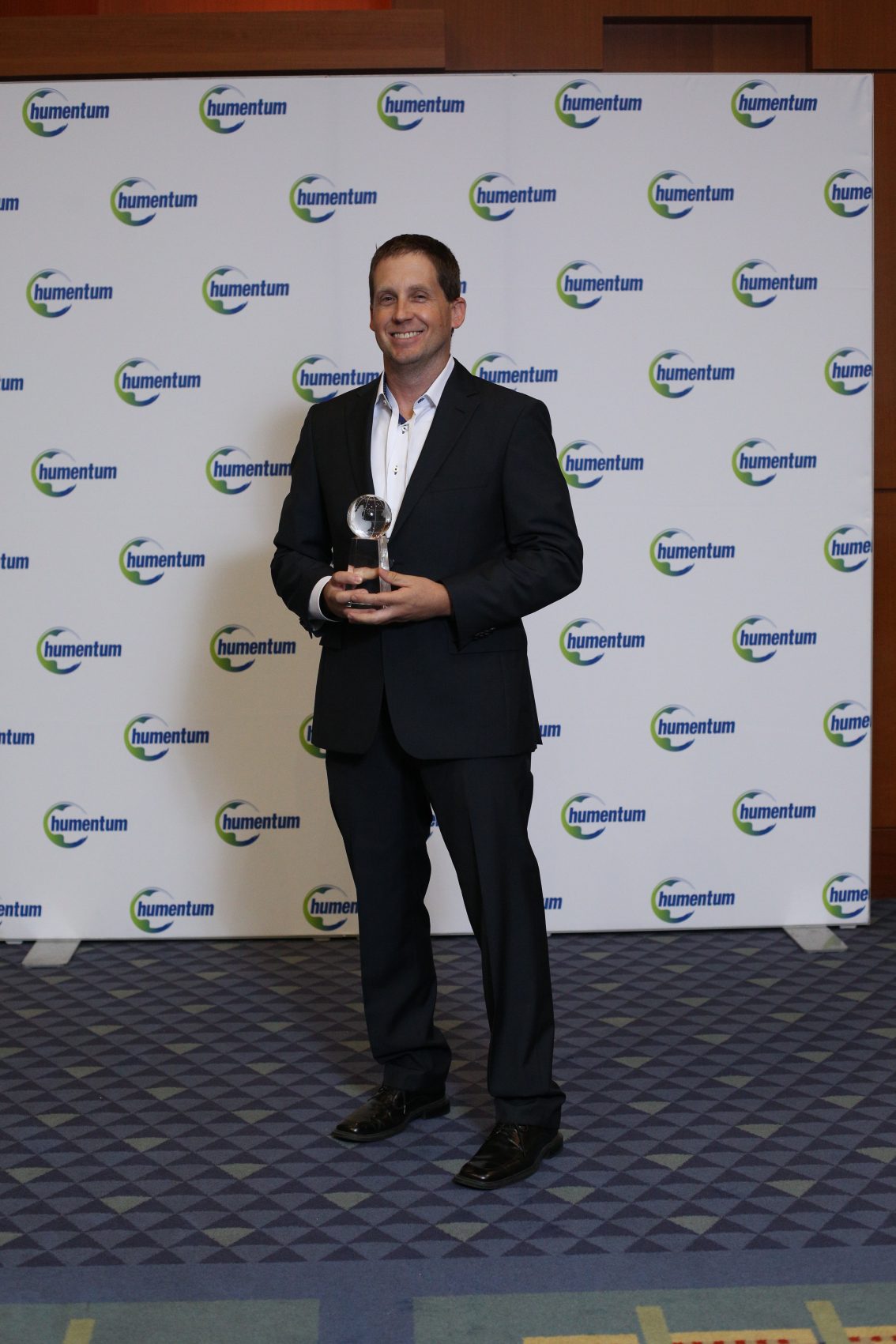 The Humentum Operational Excellence Awards were established in 2010 (originally the InsideNGO Operational Excellence Awards) to recognize professionals within the development sector who are innovating, collaborating, and ensuring operational excellence within their organizations. Winners were chosen from among 35 nominations put forth by Humentum member organizations across the US and internationally earlier this year. Nominators were asked to submit detailed recommendations explaining how their nominees embodied operational excellence.

Marc Rahlves’ nomination was submitted by his colleagues, Jake Harriman and Emily McLaughlin, Nuru International. In their nomination, they wrote that Rahlves deserved an Operational Excellence Award because of Marc’s “effective and efficient leadership in designing, creating buy-in for, and effectively implementing organization-wide, backbone systems and procedures has enabled Nuru to perform at a whole new level and has taken the organization from scrappy startup to a recognized, high performing, professional, and well-positioned organization.”

“We are pleased to recognize Rahlves with the Operational Excellence Award,” said Humentum CEO Tom Dente. “With his outstanding contributions to Nuru International and our overall community, his work exemplifies the importance of operational excellence to better deliver and sustain results.”

“Marc’s selfless commitment and tireless efforts over the last five years have really transformed Nuru. His efforts strengthened the confidence of key donors in Nuru’s potential and direction; attracted and retained a more seasoned, professional team; increased the measured performance of all teams across the organization; streamlined planning and budgeting processes; and put Nuru on the map as an important development player in fragile states. Thanks to his efforts, Nuru as an organization, is now positioned for the first time to achieve the vision upon which it was founded in 2008.”
Jake Harriman, Founder & CEO

More than 1,100 development practitioners from nearly 200 member organizations attended Humentum’s annual conference at the Walter E. Washington Convention Center this year, making it one of the largest gatherings of professionals in the international development and humanitarian community in the U.S.

Humentum is a global membership association providing training, convening, and support. We work towards social good: managing compliance and risk, juggling finances, designing programs and helping people perform at their best. Humentum was created in July 2017 from the merger of three well-established organizations: InsideNGO, LINGOs, and Mango. Humentum provides practical solutions, expertise, and professional communities for social sector organizations to strengthen their core capabilities and achieve greater impact. Humentum does this through providing training, consulting, and convening around the world on these core capabilities: compliance, financial management, program management, and people development. Learn more at www.humentum.org.

HR Director — Emily has over a decade of experience in human resources, training and teaching. Since joining Nuru in 2010, she has been passionate about supporting Nuru’s incredible staff and striving to make Nuru one of the best companies to work for. While Emily earned her BA in English and Communications at Concordia University in the sunny city of Irvine, CA, she’s a Washington native at heart, and you can find her always looking for excuses to get outdoors with her hubby and three crazy kiddos. During her time at Nuru, she has been instrumental in creating a healthy culture that lives out its values in service to communities living in extreme poverty.