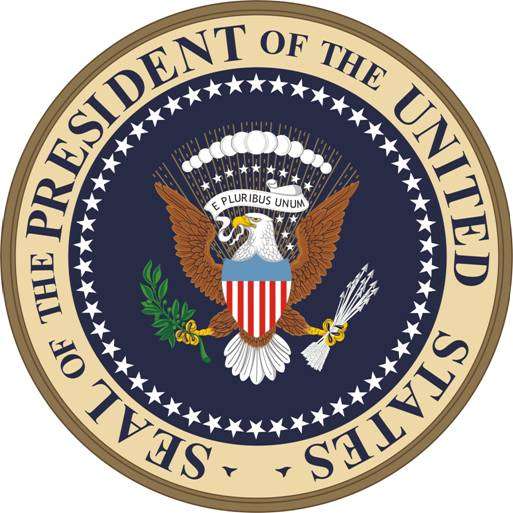 Words for The White House 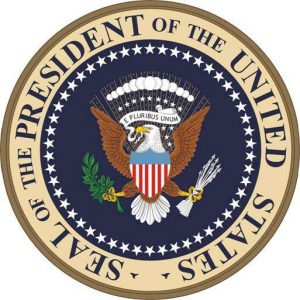 I was recently encouraged by a close friend of mine (my brother-in-law) to do something that seemed at face value to be a little ridiculous in today’s world…to write a letter to the President of the United States. I laughed for a while at the notion when I first read his email, but over the next week as I walked through the fields with the farmers here in Kuria, his email nagged at me relentlessly.

No matter what side of American partisan politics you have planted yourself on, you have to admit that the election of Barack Obama to The White House has brought new hope to many people…both Americans and millions of global citizens. Nowhere is this more true than in Kenya. I have fielded many interesting questions from our farmers here – everything from, “Will you greet your President for us when you return to America?” to “Do you think that Kenya will become a superpower now that Obama is President of America?” So, in an exercise of blind faith and the belief in the power of a few small voices, I actually did write a letter to President Obama. I am sure that the letter will probably never make it past the third clerk from the left of the water cooler in the basement of The White House, but the eternal optimist in me told me to just give it a shot anyway. I thought I’d share the words that I wrote to him with you as a commentary on America’s position in the world as seen through the humble lens of an American in the middle-of-nowhere, Kenya. Here are the words that I sent to 1600 Pennsylvania Avenue NW, Washington, DC 20500, USA. Please take them with a grain of salt.

As you read this, I realize that you face more challenges than any President in recent history: a war on two fronts, a global community that has been disenchanted by the once benevolent global partner turned bully that is the United States, and an economic crisis at home that has many Americans looking to the horizon with a great deal of uncertainty and fear.I know that even now, the hopeful expectations of our great nation – and in fact the entire world – must weigh heavily on your heart.I know all of this, but I want to ask you, sir, to pause for fifteen minutes this day to read the humble words of one of the citizens of the nation that you now lead.You taught me to believe again in the power of one voice…a power that you restored to the American people when you were sworn into office eleven days ago, so I ask you now to give audience to one of those voices.

I had the privilege of serving as an infantry and special operations platoon commander in the Marine Corps for seven and a half years from 1998 to 2005.During that time, I led Marines on four operational deployments including two combat tours in Iraq – one as a part of one of the leading Marine Corps units during the invasion in March 2003 and again in 2005 leading my guys in direct action and reconnaissance and surveillance missions just south of Baghdad.My eyes were opened to a lot of things during my days in combat.War is a horrible thing.It destroys lives and does things to people that can’t simply be taken back. I learned the very definition of evil on the battlefield.One of the greatest lessons that I learned on the battlefield, though, is that the war on terror will not be won on that battlefield alone.In order to win the war on terror, we must attack the enemy at the source.I had several very personal, deeply emotional experiences in combat that I feel revealed that source to me…extreme poverty.The job assigned to my men and I was to take out high level terrorist leaders.However, when we did that, someone from the ranks would always step up quickly to take their place.The strength in terrorist organizations lies in the foot soldiers.Foot soldiers are driven into these groups because they have no real choices in life and because of the growing disparity between the haves and the have-nots in this world – fueling a steadily growing hatred.Extreme poverty drives sane, compassionate people to do desperate, horrific things.I was so moved by the lives I encountered that I decided to leave my old job and wage the war against terror from a different angle…by fighting extreme poverty.I left that old life to found an organization called Nuru International that develops innovative, sustainable solutions to extreme poverty in impoverished communities around the world.

I am not naive enough to believe that there is no place in the war on terror for military action. On the contrary, military action is necessary to cut off the leadership and resources of the terrorist movement; however, the true fuel of this movement of hatred is the young men and women driven into these groups out of desperation – like the desperation of parents too poor to send their children to any school other than the nearby madras where they learn very little about the disciplines of reading, mathematics, and the sciences, and a lot about the discipline of hatred. A strategy involving an attack on both flanks is the only way we can win this war. Military intervention without a genuine effort to combat extreme poverty in partnership with our global neighbors is only fuel to further ignite hatred and empower the movement of terror in our world today.

I believe in America. I believe in the idea of a nation where all men and women genuinely do have equal opportunity in life; a nation where freedom is not seen as a precursor to anarchy or just a token catch phrase on a political platform but a founding pillar that breathes life into the people. And I believe that freedom is worth fighting for…even dying for. That is why I chose to be on the front lines in that war. At the end of the day, my Marines – my brothers – and I did not fight for Republicans or Democrats. We did not fight for oil, and we did not fight for a man in a White House. At the end of the day, we fought and risked our lives first for the man on our right and left and to ensure that our families, our friends, and our children would live to experience the bold idea that is America. We fought to give hope and a voice to a people who had none. I have had so many of my friends sacrifice so much…some sacrificing all…defending the idea that all of us human beings – not just American citizens – are created equal and have a right to be free of oppression and injustice. The idea of America is so great – a pillar of light, hope, and strength to the world. Our great country is in a position to do more good and bring more hope in our world today than any other nation.

Sadly, we find ourselves in a situation today where America is not that shining light we were founded to be. Instead, we are seen by the greater global community as a condescending nation concerned solely with our own interests and agendas. America is a global leader, but as I learned in the Marine Corps, leadership is more about serving than anything else. It is the servant leader who, in the end, wins the hearts and minds of those around him and can move people and nations toward a better world. America needs to become a servant leader again. Sir, there are those who will tell you that service and humility are synonymous with weakness. On the contrary, I learned on the battlefield that humility is a fundamental source of strength and influence. In humility, a leader gains the confidence of those around him – inspiring them to follow him anywhere. Why? Because they know he is listening. Because they know that he cares about someone other than himself and that his compassion is not a cloak disguising hidden agendas and ulterior motives.

Mr. President, we need to become a servant leader nation again.You are indeed the leader of the free world now.I write these words to you because I know that in your heart of hearts, you are a man of compassion, humility, integrity, and hope.Hope sir.Hope is no longer a campaign slogan.Hope is now the fuel that we need you to use to restore our great nation.I bring no agenda to this letter.I am not lobbying or appealing to you for any favor of any kind.I write these words for one purpose and one purpose only…to encourage you, Mr. President.I write these words to ask you to remember who you are and why you first sought to take the office you have now assumed.You, more than anyone in recent American history, have been able to unite and move this nation.It will take a very special person and a very unique time to enable America to become a light again.You, sir, are that person, and this is that time.Over the next few months and years, you will encounter events and situations that will bring you and our nation to the breaking point.It is during those times, that we the people need you to stand in the gap and remember the ideals and the hope that got you where you are today, and be the servant leader our generation has dreamed of for so long.

Just last week, we issued a sustainable farm loan to 450 farmers in one of the most impoverished areas of Kenya in Nuru’s pilot project. The loan will change the lives of over 2,500 people in the next year by dramatically increasing their crop yields as much as 500%. The loan will give them hope. Hope and choices. The resources to make that loan happen came from our great nation. It came from Americans who heard about the injustices of extreme poverty…Americans who looked across the dinner table at their children doing their homework dreaming of their futures…Americans who realized that it was time to empower the children of global brothers and sisters to be able to dream dreams too. As I sit here writing this letter to you from the front lines in this war on extreme poverty, I think of the incredible potential that the United States of America has to bring hope to so many like the farmers here in Kuria, Kenya. Your campaign slogan brought us all hope – “Yes we can.” Now sir, it is my turn to encourage you – now is the time for the servant leader to step up and lead our nation to once again be a beacon of light, and Mr. President…yes you can. May God bless you and give you wisdom and grace to lead us.