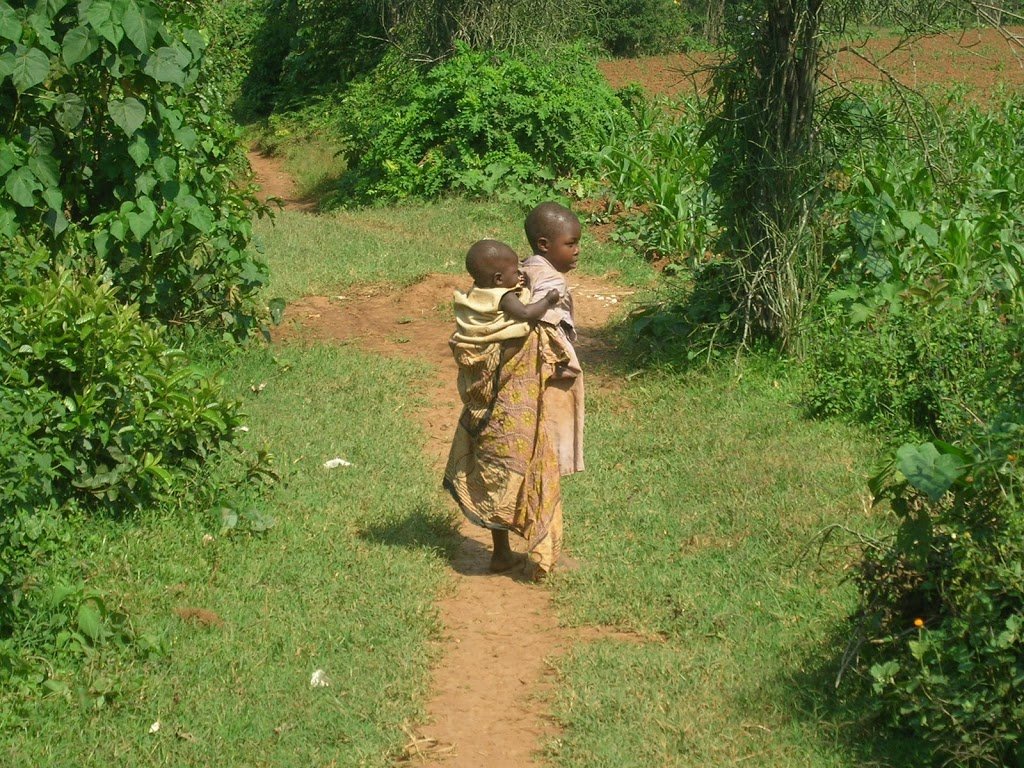 On rain, mosquitoes, and undeserving power of selection…

Tuesday July 10, 2007
I had a pretty good laugh at myself yesterday. We were experiencing a particularly fierce torrential downpour, and I found myself trudging along in the middle of it face down heading toward my next visit – miserable. I began to hear muffled laughter all around me. I looked up in surprise to see what was so funny. Farmers had come to the doorway of their huts and shops to see the silly Mazungu plodding along like an idiot right in the fury of the storm. I could read the thoughts on their faces, “Why on earth is this man walking in the pouring rain? Why doesn’t he get inside like any other rational human being and wait till the storm subsides?” I began laughing out loud at myself. I realized that years of being forced to work in the rain had formed a habit and an attitude within me that it was somehow unreasonable to seek shelter during a storm.

In my old job, seeking shelter during a fierce storm – no matter how bad it was pouring – usually wasn’t an option. As the first few drops of a rainstorm began to fall during a mission, I would usually just look up at the sky and grumble in angry anticipation of the long cold, wet night ahead of me and my guys on the patrol. Then we would just continue pushing on toward wherever we were heading as the drizzle steadily grew to a deluge. That night would be spent in our hide site – shivering uncontrollably and desperately trying to stay warm – all the while trying to maintain observation of any enemy in the area and keep our thousands of dollars of radio equipment dry and functioning. Such was my life before – pretty miserable at times. Thus anytime I feel a drop of rain, my heart begins to sink, and I automatically say a silent prayer that the storm will just pass over us without releasing its fury. I realized yesterday with relief, though, as I ran to take shelter with the farmers, that those days were over and that rain wasn’t really all that bad after all. You can actually wait for the storm to subside and then resume your work…what an original idea. It’s a good thing because it rains here a lot. Kenya’s Western Province experiences two rainy seasons – the short rains and the long rains with a brief dry season (not really all that dry at times) between the two.

“These people must think I’m crazy,” I thought to myself as I stood there next to the farmers dripping wet. Then I turned and joined them in laughing at my own foolishness. 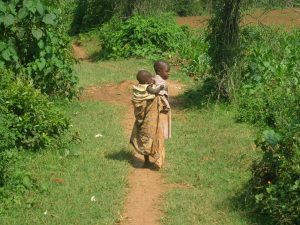 Malaria is one of the biggest killers of the poor in sub-saharan Africa. This disease is entirely preventable and treatable, but sadly, more than one million African children die of Malaria every year. How is this possible? How, in this 21st century of advanced scientific discovery and technological research and development, can so many be dying of Malaria? The answer is quite complicated, but I am beginning to understand a lot more here on the ground.

In the past, I have often had to take some form of Malaria medication – usually the low-cost 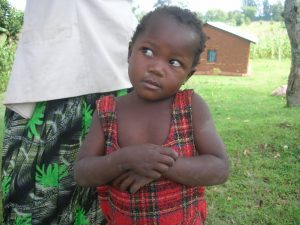 doxycycline issued by the military – because many of the areas that we worked in were high-threat Malaria environments. I have never seen an area like this, though. Malaria is like the Flu around here. People usually get it two or three times a year. Even most of the staff here at One Acre Fund has contracted the disease at some point. My buddy, Chris (another intern here for the summer from Yale School of Management), just got Malaria last week. Thankfully, the disease is entirely treatable, and, because he had access to the proper medication, he got better within the week…the poor here do not have that same access.

Malaria is a protozoan disease carried and transmitted by a certain kind of mosquito called anopheles – the specific genus that predominantly lives and thrives here in sub-saharan Africa. I call my room here “The Mosquito Nest.” It’s amazing – every night I go to bed under the shelter of my mosquito bednet, and listen to the loud droning hum of the mosquitoes in my room as they make dive-bombing runs at the net. In the quiet of the night, the hum can be so loud that it sometimes drowns out my thoughts – and those little buggers are persistent. I’ve just gotten used to getting bitten a lot throughout the day and night (when they find a weakness in my little bednet). I think I can hear them snickering sometimes as I try to keep them at bay with the pathetic “Deep Woods Off” that I try to use to repel them…OK, so maybe they’re not quite THAT bad, but I hate them nonetheless. I am very thankful for the bednet, though, and I often think about what it would be like without it.

Many of the children of the farmers I visit do not have such protection at night. Because of this, almost every farmer I have visited (and at this point I have visited at least 50) has lost at least one or two children to the disease before the child’s fifth birthday. There’s a lot of work being done in this area in an effort to save some of these children – some good, and some potentially harmful. Recently, there was a mass distribution of free bednets to the extreme poor here by a large foundation. At face value, this seems like an incredibly effective way to combat the disease. However, there are hidden issues at play in this problem. The free handout of the bednets further perpetuates the problem of dependency among the extreme poor. An illustration of this problem is that many of the bednets distributed to the poor were discovered later being used for fishing nets and for other household uses. Because the bednets were simply given away, the people receiving them placed very little value in them, and did not fully understand the importance of their use.

A better, more sustainable way is to educate and train the people about the importance and effectiveness of the bednets in preventing the needless deaths of their children. Once a farmer understands the true value of the bednet, she will gladly pay a small (highly subsidized so she can afford it) price to purchase it. In addition, because she has had to sacrifice some of her very scarce resources in the process, she will ensure that the bednet is used in the manner by which she has been trained.

Friday July 13, 2007
So, my project here is to launch a new branch of One Acre Fund in a different district – the Kakamega District. The project has presented me with some unique challenges that I feel very inadequately equipped and very undeserving to resolve – specifically the challenge of who to help. Kakamega District has almost 800,000 people. Most of those people (approximately 70%-80%) rely on farming as their main source of income. Most of these farmers are extremely poor – experiencing a hunger season (a period of months where the family has run out of food and must try to get income or food from another source) every year. Our program is designed to work with only 100 to 200 farmers in this initial project – we don’t have enough resources to help more than that right now. That leaves a very large number of farmers hungry for yet another year.

In my search for our pilot project, Daniel and I have visited many communities – collecting research on the living conditions of the farmers there and the infrastructure in place to support our operations (trafficability of paths and roads for supply trucks, attitude of the local government towards our program and the level of support they will show us, and the soil consistency of the farms in that area). Each time we visit, we are welcomed with open arms and eager faces – faces that see us as a lifeline for their community to begin the climb out of extreme poverty – all before we mention a single word about why we are there. In fact, Daniel and I are very careful to control expectations of the communities – telling them repeatedly that we are an NGO solely there to collect data that we can use to help our program with poor farmers in the Bungoma District. This, of course, isn’t entirely true. We are also there to see if their community is “poor enough” and whether or not it possesses the infrastructure needed to make it a viable pilot project for One Acre Fund in the Kakamega District. “Poor enough”…what a horrible phrase to use. The need is so tremendous. They all need to be helped – yet we cannot reach them all. We only have so many resources – people on staff to educate and train, capital for seed and fertilizer, etc… 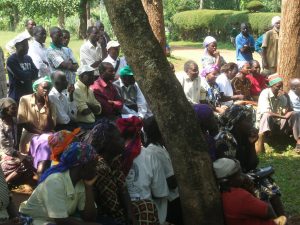 Thus I found myself at the end of a long visit to one area (the Mukhonje Sub-location) with a heavy heart as an old man shook my hand bidding me goodbye with tears in his eyes…”Don’t forget us, friend. The people are good here. We are hard workers. Please don’t forget us.” How do you say no to that? Unfortunately, though, I have to say no to a lot of farmers just like this old man – knowing that yet another year will go by – more children in that community will weaken from the pangs of hunger and then pass on – leaving their families in guilty sorrow – guilty because they could not feed their child. It kind of wears on a person after a while.

In this old man’s case, though, I didn’t have to disappoint him. We went back to his community this past week, and we began our program with him and a group of about 70 of his fellow farmers. It was a happy day…and a small victory. You can’t change the whole world in a day…but today, it was nice to be able to start that change for a few…