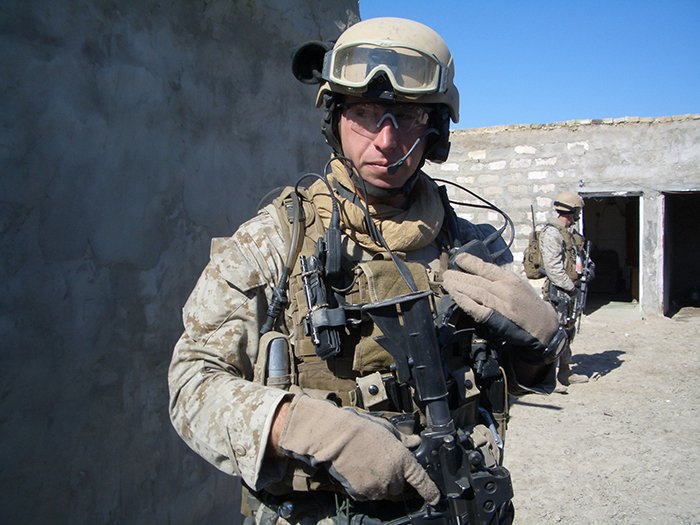 While Nuru International isn’t a military or veterans organization, it was founded by a former Special Operations Marine. All of us at Nuru deeply value the unique skills and talents our #NuruVeterans bring to the team. In honor of Veteran’s Day, Nuru is highlighting its decorated veterans who left the battlefield for a new frontline—joining the fight against extreme poverty.

Meet Jake Harriman who founded Nuru International in 2007, started Nuru Kenya in September 2008 and continues to serve as the CEO. 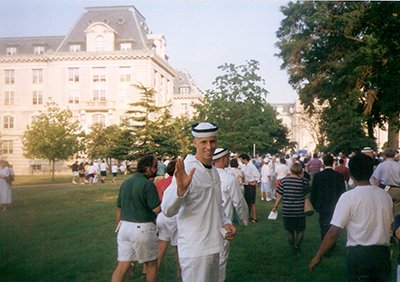 Q: Tell us about your time in the service and why you decided to join.

A: I served seven and a half years in the Marine Corps as a Platoon Commander in both the Infantry and a special operations unit called Force Recon. During that time, I led four operational deployments, including two combat tours in Iraq and disaster relief operations in Indonesia and Sri Lanka after the Asian tsunami.

My father served four years in the Navy during Vietnam. He never really talked about it, but I always felt this underlying call of duty to serve the country because my dad had served. After a year at West Virginia University, I felt restless. I wanted adventure and excitement. We were poor growing up, so I had never really traveled anywhere outside West Virginia. The Naval Academy provided an opportunity for a high quality, free education where leadership and athletics were also emphasized. And it would enable me to answer that call of duty that was consistently present in the back of my mind.

Q: Of all the jobs you could have taken when leaving the military, why did you choose to found a social venture?

A: I didn’t set out to start a social venture. I wanted to join another great organization and add value within, but there was a slight problem—no one wanted me. I applied to several international development organizations, but no one would hire me because of my lack of experience. So I applied to Harvard and Stanford business schools to build a company that would sustainably end extreme poverty. I decided to go to Stanford because of their focus on entrepreneurship and social innovation.

Q: What from your military training best prepared you for your current role with Nuru?

A: My whole adult life has been about leadership—which essentially means that I’ve made every leadership mistake possible. But that experience of failing and learning as a leader in very high-pressure, chaotic environments prepared me to tackle so many of the leadership challenges that I was to face in building a rapidly growing start-up in rural Kenya. In the military, we learn how to handle ourselves in chaotic, rapidly changing, insecure environments as well as act as catalysts and build capacity to create influence by, with and through local leaders. Though Nuru’s programs in Kenya and Ethiopia are different than those we conducted in Iraq, my military training and experiences equipped me to live and work in remote, rural communities. 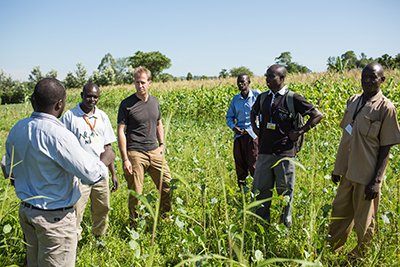 Q: What is your favorite part about working for Nuru?

A: Walking in the field, visiting our farmers, and seeing the lasting transformation in lives and hope on family members’ faces. Plus, working with the team: learning from them, getting to brainstorm about ways to change the world and being inspired by their incredible drive and commitment.

Q: Where did you live growing up?

A: I grew up in a small farming community in West Virginia called the Whetsell Settlement. These days, when I’m not working with farmers in in Sub-Saharan Africa or on the road for fundraising, I stay in San Clemente, California. 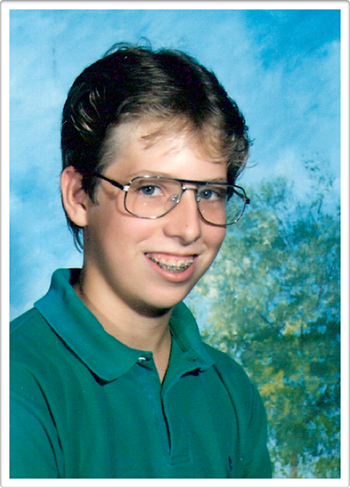 Q: What did you want to be when you were growing up?

A: I wanted to be Superman. If that didn’t work out, I was going to try firefighting.

Q: When you’re not hard at work ending extreme poverty, what do you enjoy doing?

A: Listening to great music, reading great fiction, outdoor sports (running, surfing, camping, hiking, etc.), working out, exploring new places, growing in my faith, having great food and drinks with close friends and dreaming about exciting future possibilities with them.

Q: Finally, if Hollywood made a movie about your life, what would the title be and who would you like to see cast as you?

A: “In Relentless Pursuit” played by Jon Heder, star of Napoleon Dynamite.

Read some of Jake’s work:

Read about our other #NuruVeterans.