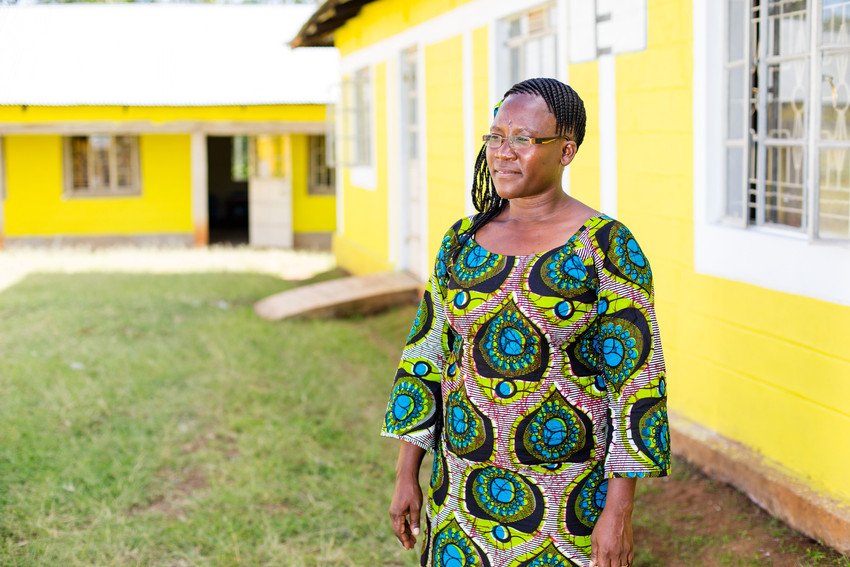 Jane is married and has three teenage children. Since April of 2013, Jane has been living in rural and remote Isibania, about 248 miles (400 km) from her family in Nairobi. Jane understands the sacrifice needed to ensure her children have a better life.

Jane Omanga is Nuru Kenya’s Leadership Program Manager and one of the strongest women I’ve ever met. She has an infectious smile and is an inspiration to those around her. It’s hard to describe the sheer magnitude of strength that she has and the sacrifices she has made for her family. 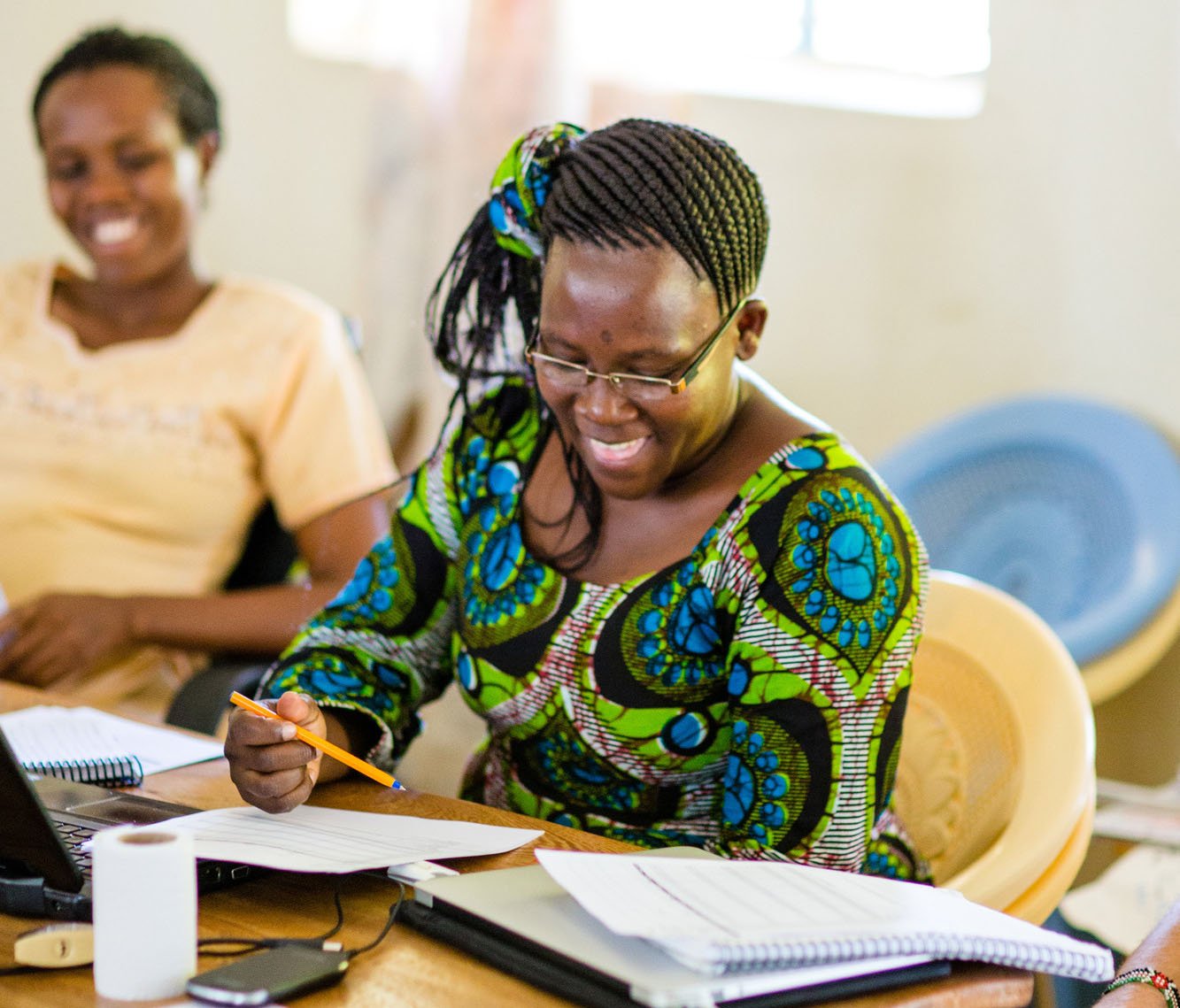 Being away from her family has not been easy. There have been important events of her children’s lives that she has missed, but she always makes every effort to be with them. After she finishes her work with Nuru Kenya on Friday (or sometimes before dawn on Saturday) Jane will board the only bus to Nairobi and, if she is lucky and there is minimal traffic, will arrive to Nairobi eight to ten hours later. For those unfamiliar with the Isiabnia to Nairobi bus, it is not a fun way to spend eight hours. The bus is often crowded, hot, and depending on the driver, potentially unsafe. After her eight hour journey, Jane spends the weekend leading services in her church and spending as much time with her children and husband as possible. Then, on Sunday evening, she says goodbye to her family, gets on the night bus and eight hours later, if she is lucky, returns to Isibania to continue her work ending extreme poverty with Nuru Kenya. She does this on average two times per month and has been doing this for the past three years.

It’s challenging enough to be a mother for three, but Jane is also a mother for dozens of other children. This is because she has been actively running an orphanage for the past few years. This orphanage provides shelter and school fees for dozens of children who have be afflicted with HIV or whose parents just don’t have the means to support them. Ever since I met Jane in 2013, she has been working tirelessly to provide the most basic of comforts and opportunities to these children. Being an adopted mother for all of these children—some of which may not survive due to their illness—is not easy, but Jane works with a dedication and passion that is hard to match and talks about them all as if they were her own children. In fact, she never mentions who are her biological children and who are not. In Jane’s heart, all of them are her children and her immediate family has been enriched by knowing so many of these orphans as their sisters and brothers. 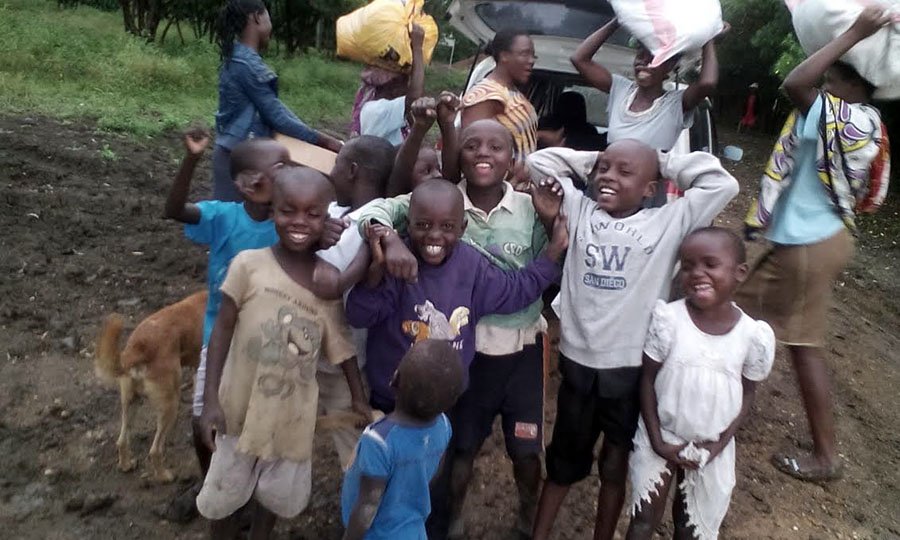 With anyone else, these would be incredible feats of strength on their own, but Jane also inspires those she meets because of her leadership with her church and her dedication to education. In addition to raising three kids, running Nuru Kenya’s challenging Leadership Program, managing and orphanage and living in a remote rural area, Jane is also currently pursuing her master’s degree in counseling. This requires long hours studying, conducting research and creating studies. I’ve seen firsthand how tough taking those classes have been for Jane, but she pushes on, seemingly unfazed by the sheer workload. It is a testament to how much she values education that she is willing to put in the time needed to complete her master’s degree; not an easy task for anyone, but especially challenging for someone with so many other responsibilities as Jane.

Her commitment to her own education inspires her children and demonstrates how important education is to her and her family. Her children respect her as a role model because of how she manages her affairs, pursues her education and is active in her church and community. Jane is able to fulfill her obligations as a mother, student, employee, wife and farm manager (she also manages her family’s plot and small but growing livestock). Moreover, she is a loving daughter to her parents and sister to her siblings, many of whom rely on her for support when times are tough.

I’ve never met anyone with such strength and ability to sacrifice for those she truly cares about. And this passion is infectious to all those she encounters. With her bright smile and positive attitude, she is a role model for her children, family, community and colleagues. I personally have learned so much about the importance of sacrifice by watching how Jane lives her life. She redefines what it means to be strong. Jane, because of her humble attitude, would never claim that these were extraordinary tasks or talk about them in a self-congratulatory way, so I’ll do it for her:

Thank you, Jane, for all the work that you do and for your commitment to making the world a better place for all of your children. You are one of the strongest people I have ever met and I appreciate all of the lessons I learned from you about sacrifice and strength.