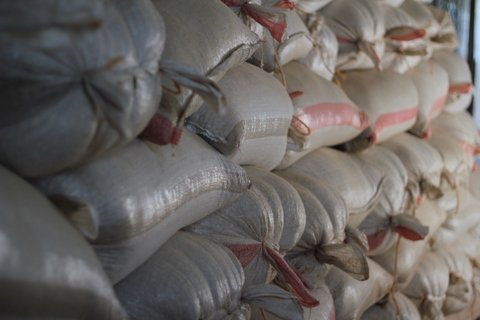 There are many highs and lows in this job. You never really know what’s going to be coming at you around the corner. That makes for a life that is truly exhilarating, but also one that can be a bit uncertain or stressful at best…and edge-of-your-seat scary at worst. For me, I love this life I have chosen. Seeing lasting change and hope in the eyes of our friends here motivates me to get out of bed every morning and drives me through those really, really rough days…the days when you wish you just would have rolled over and went back to sleep. I had a few of those days last week.

Nuru’s agriculture program is the foundation of Nuru’s model. The main reason for this is that we seek to work in remote rural areas where 70% of the population are smallholder farmers. Revenues generated by the agriculture program position the program as the main economic engine (in combination with the community economic development program) of a Nuru project. The agriculture revenues not only pay for the expenses of the ag program itself, but they are also used to cross-subsidize programs in health, water, and education. Because of this, Nuru’s ag program is the anchor of the whole model.

Nuru’s ag program makes money two ways:
1. Interest from the input (fertilizer and seed) loans we issue to our farmers that increase crop yields and incomes for farmers on average by 300% when combined with Nuru agriculture extension training, and
2. Revenues from our agribusiness side of the program. Nuru acts as a commodities aggregator by purchasing maize from our farmers at a fair price and then selling it to larger external markets. The profits made in this business are then driven back into the program to make it financially self-sustaining.
So as you can see, the maize we buy is a big piece of our revenues equation. We built a granary to store all this maize as we purchase it from our farmers. Some of that maize we sell immediately back into the market, but some we save and speculate with – waiting for prices to go up throughout the season as maize stores in large urban markets begin to be depleted – essentially like a very rudimentary stock market. Sounds like a pretty solid plan, right? Well, in theory it is, and I believe once we get the kinks out, this program will, indeed, generate a significant revenue stream that will enable the project t be self-sustaining. This year, however, external market conditions, the forces of nature, and the conditions in the global economy got in the way. Famine in Kenya last season caused the Kenyan government to import maize from Uganda this season at 15 Shillings/kg…at least 25% lower than the market price in Kenya. Instead of prices naturally increasing as demand increased over the season, prices plummeted as the Ugandan maize and a bumper harvest flooded the market. But that’s not the worst of it for us and our maize. 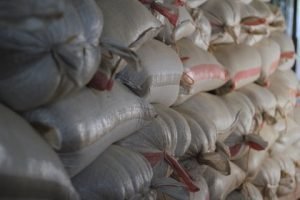 “They found aflatoxin in a few of the government cereals last week in Central and Eastern,” my colleague said. I had a friend who was visiting our granary to try and help us improve the efficiency of our granary and buying processes in order to increase profits this season. She had over 20 years experience in the Kenyan maize markets. I had been trying to get her to come out for some time now to give us some sound operational advice, but now her words caused my heart to sink. “Are they sure its aflatoxin?” I asked. “100%,” she said. “The government has begun freezing all sales to large millers and exporters to try and contain the crisis.” Aflatoxin is nasty stuff. It is a toxin produced by a naturally occurring fungus that can be found in soil and moist or decaying vegetation. Aflatoxin is one of the most carcinogenic substances out there. In small amounts, it is harmless. But it can grow and spread throughout a stored supply of grain where conditions are ripe for its growth. It can become a problem in maize storage if maize is not dried properly prior to storage. The last outbreak in Kenya killed 125 people before it was contained. This time, the deaths have been fewer as the government has tried to act quickly.

“What will this do to maize prices?” I asked. She shrugged. “Not sure. It may actually increase the value of your maize if you can prove your maize is free of aflatoxin.” I became a bit lost in thought as my friend continued her inspection of the granary. I was trying not to think too much about the possibility of losing the revenues from the 200tons of maize that sat there in front of me if our maize was found to be contaminated. 200tons of maize that our farmers sacrificed so much to produce…200tons of blood, sweat, tears, and new hope invested. And then I got some more great news. “Umm…I think you have a problem,” my friend said from across the granary. “You should come over here.” “This is going to be a long day,” I thought. I walked over to where she was. “Listen,” she said. As I listened, I began to hear a faint snap, crackle and pop noise – like when you pour milk over Rice Crispies. “Weevils,” I said in disgust. “Can this day get any worse?” I lamented. “I don’t understand. We used actellic (dust to kill weevils) in every bag. What could have happened?” “Honestly, I don’t know. Unexplainable things like this just happen sometimes. It’s a tough business,” she said. I looked at the mountains of maize in growing dismay as the crackling sound grew to become a roar in my head, and I thought about those little bugs eating away all that hard work. “I’m sorry to be the bearer of bad news, but it looks like your maize is infested with them. If you don’t do something soon, you will lose the whole lot in two weeks,” she said apologetically. Literally in a matter of one hour, my day had gone from reviewing several options for buyers for our maize to trying to brainstorm ways to salvage even a small percentage of it.

Well, the story miraculously has a happy ending. An agent of the UN’s World Food Program tested our maize, and found it to be free of aflatoxin. Because our farmers’ maize is of such high quality (large kernels, clean, dry, and aflatoxin free) the National Cereals Board decided to purchase all of our maize and fumigate it in their own stores after purchase to kill the weevils. What’s even better is that they offered us the government buying price – the best price around in the market right now. So what does all this mean for Nuru? These are the first significant revenues for the project – a total of approximately $75,000! These revenues will be driven straight back into the project now to impact more farmers during this next season as we scale to Mabera and Kehancha Divisions. Nuru Kenya is on track to become truly financially self-sustaining within our five year goal.

So as you can see – hope and excitement to despair and back again…all in a week’s time. I wouldn’t have it any other way.