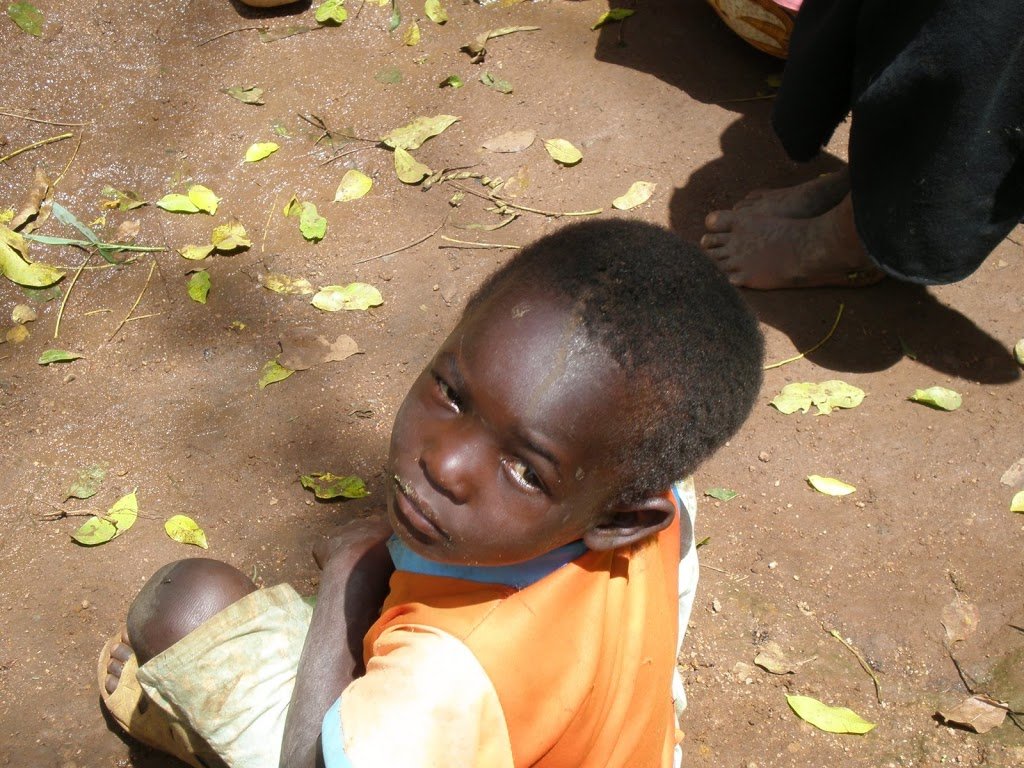 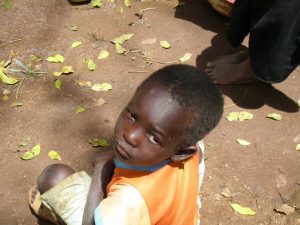 Hapana is the Kiswahili word for no. Unfortunately, during my work here I have had to use that word probably more than any other word in this beautiful language.

I use the time during my daily walk to work for many purposes. It’s an hour and a half, so it’s a pretty nice chunk of time. Sometimes I use it to process through strategy for the organization or to weigh several different courses of action to implement a new project that we have come up with. Sometimes I use it to talk to God about all that’s going on in an attempt to better understand the indescribable people and situations that I come across here every day. And sometimes, like today, I just reflect about one of the many mind-blowing challenges that we are facing.

“We did this,” I think to myself as I turn the corner that I call “the corner of chaos.” Every day when I walk past there on my way to the field, I am bombarded with numerous asks…for money, food, my watch, my clothes, my backpack, whatever I’m carrying, etc. “Hapana,” I reply and walk past them quickly with a conjured look of indifference on my face.

The colonialists started it. Decades of oppression and forced “enlightenment” led to the beginnings of a culture of dependency that has only grown over time. Independence from British rule should have brought hope and prosperity to Kenya. Instead, an infant government with absolutely no idea of how to run a democracy was left behind to simply “figure it out” on their own.

Next came the world aid organizations. Fifty years of handouts have crippled sub-Saharan Africa. Many have called these efforts “Band-Aid” – a term that describes assistance to impoverished nations that is temporary at best. It refers to the very well-meaning programs that have evolved over the last fifty years to try and combat poverty here. Handouts (giving the poor aid for free) only serve to further complicate the problem. Let me be clear here when I talk about handouts and aid. I am not talking about disaster relief/humanitarian aid that is given in response to a catastrophic event such as a tsunami or mass refugee exodus caused by ethnic cleansing or civil war. I am speaking about development aid – trying to lift communities out of extreme poverty. By giving away food, money, etc. to impoverished communities, you create a crippling sense of dependency in that society that is extraordinarily difficult to recover from. One could even say that the dependency is more of a cancer on the community than the poverty itself.

So how did we end up here? It’s not as if all these organizations are determined to keep sub-Saharan Africa bound by the chains of extreme poverty. It feels good to give things away. It all comes down to being human…it’s hard to say no, and in a life filled with moments and faces of real people, it’s sometimes hard to think long-term. At a very basic level, it is very difficult to look in the eyes of an impoverished woman and refuse to give her money or food that you have an AMPLE supply of. Why not just give it to her? Here’s why… The one hundred shillings you give her will get her food for one or two days, but then what happens when she returns the next day and you are gone? This is admittedly a microscopic example of a large systemic problem, but dependency is often created in these innocent micro level exchanges in a community.

The extreme poor are an incredibly resourceful group of people of enormous potential. They are just like you and me except that they were born into circumstances that stack the deck against them. In fact, from a personal standpoint, most of the poor I have come into contact in my life have been men and women of much more potential and courage than I will ever possess. They have bravely suffered through numerous experiences in this life that would have caused me to quit and ball up whimpering in despair. What the poor need are resources and information to help them reach the first rung of the ladder on the climb out of extreme poverty – then they can climb out on their own and bring their community with them.

It’s hard for me to do that practically, though. You see, it really does feel good to give things away. There is something in us that wants to alleviate suffering immediately. It absolves something within us on a personal level…but I would propose that this is not true love. Loving another human being doesn’t mean me giving a beggar money because it makes me feel good and satisfied that I am a good person. True love is when you crawl down in that hole with the poor, sit with them in it, and then figure out a way with them to reach that bottom rung so that they can climb out of that hole for good.

It’s really hard to keep saying “hapana” to these people. Who knows if I’m actually right. The hard part about all this is that the results from standing firm and dedicating Nuru’s work to empowerment and not handouts won’t actually show for 3-5 years from now. But as far as I’m concerned, it’s worth the wait…these beautiful people are worth the wait. Here’s to lasting solutions…