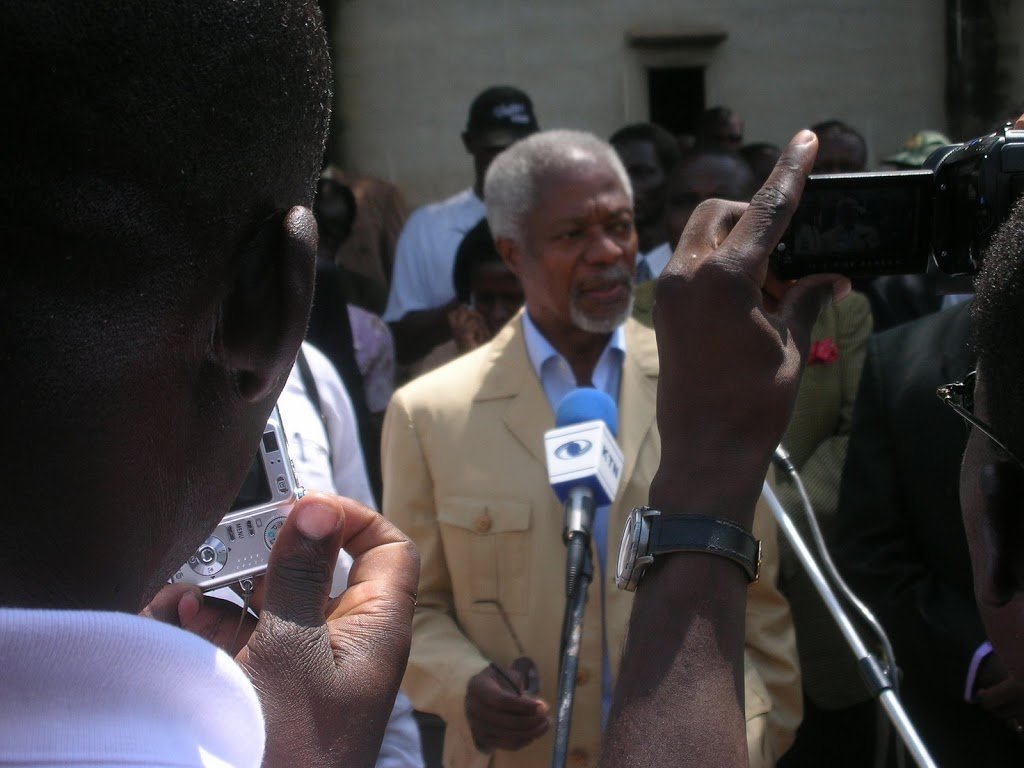 Dreams for the Millennium

In September 2000, the United Nations adopted a set of eight Millennium Development Goals (MDGs) with the proposed intent to end extreme poverty by the year 2015. Since that time, much work has been done in international development to create sustainable solutions to poverty. Yet, today, according to the latest available data from the World Bank, 1.1 billion people still live below the $1 a day extreme poverty line. 70% of these extreme poor live in rural areas. In this age of stunning advances in the natural sciences, technology, medicine, and business where developed nations can afford to offer their next generation the hope of a better tomorrow, millions still struggle every day to find enough food to ensure their children even see tomorrow.

The UN’s adoption of the MDGs set in motion a series of events that have helped raise the awareness of the true crisis of the world’s poor. My previous experiences with any operations involving the United Nation have left a bad taste in my mouth. These operations seemed to be replete with the standard inefficiencies and inflexibility of a monstrous bureaucracy. However, as my focus has turned recently to the quest for the end of poverty, I have come to appreciate some of the amazing efforts that have been initiated by agencies of the United Nations such as the World Bank and the UNDP. If nothing else, the UN has been a great facilitator recently of people and corporations who have become the foot soldiers in the fight against poverty.

In my search for a truly scalable, sustainable solution to extreme poverty, I have researched many, many existing organizations that are all striving toward the same goal in an effort to learn from the good things they have achieved as well as their shortcomings and failures. This week brought me unexpectedly face to face with some of that work which directly resulted from the United Nations’ bold 2000 MDG declaration.

My first encounter came one afternoon when I was back in Bungoma planning for the week’s work ahead of me. Andrew came into my room and said, “You’re never going to believe who’s coming to Bungoma today.” “Who?” I muttered without looking up from the painfully detailed weekly plan I was hammering out. The next week was going to be a REALLY hectic one, and I was deep in thought about how I was going to keep from dropping some of the farmers that were failing to meet requirements in Kakamega. “Kofi Annan.” I immediately looked up from my work. “What? You’re kidding around right?” “Nope,” Andrew said. “He’ll be speaking at the Cereal Board at 11:00 – which really means 1pm – you know how these dignitary things go.” I was baffled. Why in the world would Kofi Annan be coming to tiny Bungoma? Kofi Annan is the former head (Secretary-General) of the United Nations. He is held by many to be the most influential, effective Secretary-General in UN history. He is also the main architect and visionary responsible for the Millennium Development Goals. Andrew went on to explain that Kofi Annan had recently accepted a position as chairman of a new joint venture between the Gates Foundation and the Rockefeller Foundation aimed at ending extreme poverty in Africa – primarily through agriculture. He would be visiting the Cereal Board (grain storage silos) in Bungoma as part of an information gathering mission hosted by the Kenyan government.

I’m not really one for much political hoopla, but I thought this was really an opportunity I shouldn’t miss (plus I think some small part of me thought I might be able to pith Nuru International to the former head of 164 world leaders…maybe a little aggressive on my part). Andrew and I got all dressed up in our “Sunday best”(which for me consisted of cargo pants I used to use for my old work and a long-sleeve button-down shirt which I just happen to bring to Kenya – for the off chance I might have to look presentable at some point) and we walked the half a mile down the road to the Bungoma Cereal Board. 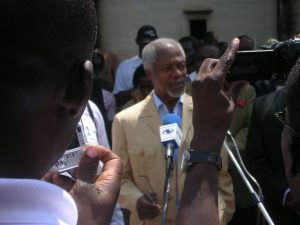 What happened was kind of comical. Kofi Annan’s security had been worried about attracting a large crowd, so no one knew he was even coming (except specific targeted individuals in government and NGO circles). Consequently, instead of the thousands that would have showed up to see the former UN Secretary-General speak, it ended up being me, Andrew, about 30 government officials, and the media. Andrew and I (because of our ridiculously conferred “important” status attained simply because we were Mazungus) practically sat in the front row to hear him speak. The whole thing happened very quickly, and it was pretty anti-climatic. A caravan of about ten new SUVs rolled up (which was funny in itself because nobody owns a car here), Kofi Annan got out, toured the Cereal Board and had lunch, and then finally walked over to talk to us – surrounded by his entourage of security, media and diplomats from various countries. Kofi Annan finally stopped about ten feet in front of where I was sitting and gave a very brief, but encouraging speech to the astonishingly tiny crowd that had gathered. He was a humble, soft-spoken man who carried himself with a lot of dignity. Then, as quickly as he had shown up, he was rushed back into his caravan of vehicles, and he was gone. The whole experience was pretty surreal. He spoke promising words of hope to the Kenyans gathered that I only hope the vast resources at his fingertips (through Gates and Rockefeller) will allow him to follow through on…

When Kofi Annan was developing his vision for the MDGs, he hired on a special advisor to help him make these goals a reality. He was tired of the standard rhetoric that the world leaders of the UN had repeatedly uttered in support of the cause of poverty reduction. This time, he was hoping to make the words transform into reality. The man he hired was a firey economist famous for his success in helping nations such as Bolivia and Poland recover from the brink of economic and political collapse and author of the critically acclaimed work, The End of Poverty – Jeffrey Sachs. Together, the two men forged a plan to make the MDGs a reality. That plan resulted in Sachs’ innovative research project known as the Millennium Villages Project (MVP) that is designed to show the world that a village in extreme poverty can be freed from that poverty using readily available capital in the developed world in sustainable ways. Sachs’ project is a holistic community development model that has been of great interest to me in the development of Nuru International because my model is based on very similar principles. As a result, I was quite pleased to discover that the very first village where Sachs initiated the MVP in 2005 was Sauri village – approximately 2 short hours south of Kakamega. 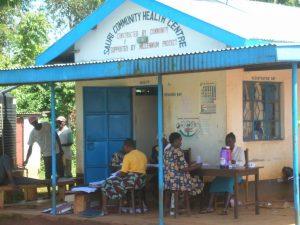 This past weekend, I was able to take a tour of the MVP 1 and MVP 2 in Sauri and learn about every aspect of the development and implementation of Sachs’ model. The model is very holistic – attacking poverty on 8 different fronts – agriculture, health, education, energy, transportation, communication, water and sanitation. I was very encouraged by what I learned there, but I also took careful note of weaknesses in the model. The benefit I have as as observer looking into the project now after a couple years of implementation is that I can see the challenges and failures that MVP has faced and learn from them.

The MVP is changing lives. Farmers crop yields in Sauri have increased three fold. Malaria cases among the children in the community have decrease by two-thirds. Clean water sources developed by the project have greatly increased the availability and accessibiliy of safe water for 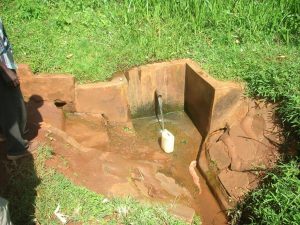 families. School enrollment is also up – mostly thanks to a free lunch program offerred to the children at the Primary School. But the model has problems…

The critics of Jeffrey Sachs’ model have begun to increase in number recently as the 5 year window for the MVP pull-out of Sauri approaches. Some of the approaches that the project has implemented simply are not sustainable. When the money stops pouring into these areas, there is a tremendous risk that the community will regress back into the grip of poverty. Critics of Sachs repeatedly point to his arrogant attitude and his disregard for past failures and the realities of the challenges faced during implementation of the MVP in Sauri.

I feel that the critics are right on several counts, but at the same time…who am I to point a finger? Who are any of us to point fingers…until we get on the ground and get our hands dirty and do something about it. At least Sachs is trying. Arrogant or not – he has made tremendous strides toward helping end extreme poverty. Through my research of his work and visit to the Sauri Millennium Villages Project, though, I have learned a lot about the importance of remaining humble in any approach to poverty allevaition. Humility doesn’t mean timidity, though…the fight against poverty is a fight – not a quarrel, and getting the developed world to come out of its stagnant position of 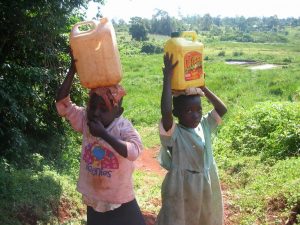 indifference takes a lot of perseverance and “scrappiness.” Sachs is a scrapper. If he were able to combine this aggressiveness with a humble attitude, he would greatly multiply his impact.

Jeffrey Sachs doesn’t have the final solution, but there are many bright points in the MVP model that I feel are key to a final workable answer. Here’s to learning from him and finding that answer…