*For an explanation of Nuru’s Proof of Concept, see below.

I’m very excited about the launch of our new country project in Ethiopia. I just spent the last three months in Arba Minch, Ethiopia laying the foundation for the project – developing required administrative infrastructure, building a solid logistics and support base, conducting early M&E data collection via a situational analysis, and identifying and working with early potential leaders to lead Nuru Ethiopia. 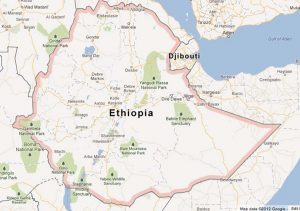 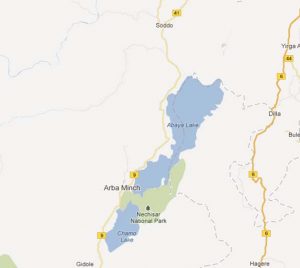 In recent conversations, a few folks have questioned the timing of launching the Nuru Ethiopia project, asking me: Why open an Ethiopia project now? Why not wait until you exit the Kenya project before expanding to another country?

Several of our investors and partners also asked me these insightful questions at various points in the Ethiopia planning and launch process. Opening a new project is risky and requires additional resources – of both people and funding. Some investors worried that an Ethiopia project would pull much needed resources away from the Kenya project during a crucial phase of its development. In writing this post, I hope to quell concerns by explaining why opening a Nuru project in Ethiopia now is an important step in achieving Nuru’s long-term vision.

Presently, there are two strategic reasons for why we would open a new country project:

If we were basing our decision on strategic reason #1, then our decision to open a new project in Ethiopia now cannot be justified. The Nuru Model is not fully proven: the Income Generating Activities Program isn’t producing enough capital to make the Kenya project financially sustainable yet; local leaders are still being mentored on how to solve problems and design scalable solutions on their own; and of course, our international staff has not successfully exited Kenya.

Instead, our decision is based on strategic reason #2. Opening a new project in Ethiopia is a critical to proving the Nuru Model works; and it must be conducted concurrently with these three benchmarks to fully achieve proof of concept:

Benchmarks to Achieve Proof of Concept:

We have seen some big wins in the Kenya project that we are very excited about, but the Nuru Model is designed to be a global model. We have a vision to reach extremely poor people living in countries demonstrating a widely diverse set of national economies, political structures, levels of stability, climates, cultures, and available resources. Rather than design a model to completion that can only work in countries very similar to Kenya, we are introducing our model in a completely new context to prove the model will work in widely diverse environments.

But why now? Launching now will make it easier to incorporate the lessons learned in Ethiopia to our work in Kenya – while our model is still malleable. Changes are hard to implement. Repeated changes over time erode the trust local leaders have in us – and that trust is our social capital. If we exited Kenya and then tried to go back and implement important, fundamental changes to the model based on our experiences in a new country, those changes would be very costly, and we would risk losing the leaders of Nuru Kenya – who are the foundation of our success and work.

Additionally, there are aspects of the Nuru Model that cannot be tested in Nuru Kenya because of the advanced stage of the project. The most important aspect that must be tested elsewhere is the Leadership Program, which focuses on restoring agency to local leaders by having them co-create solutions side-by-side with the community and our international staff. Many of the solutions we use to address the needs of the community were already designed by the time we formally launched the Leadership Program in March 2011; this is why we must test the Nuru Model in a completely new environment.

Finally, it is important for an organization to maintain a culture of innovation. We must be willing to push the model – to ensure our success will last. Ground-breaking change requires taking risks; and we must be willing to take these risks to realize our bold vision for all people living in extreme poverty to have the opportunity make meaningful choices to improve their lives in a sustainable way.

Thank you for staying up-to-date with our progress in our fight to end extreme poverty. I look forward to giving you another update in April 2013.