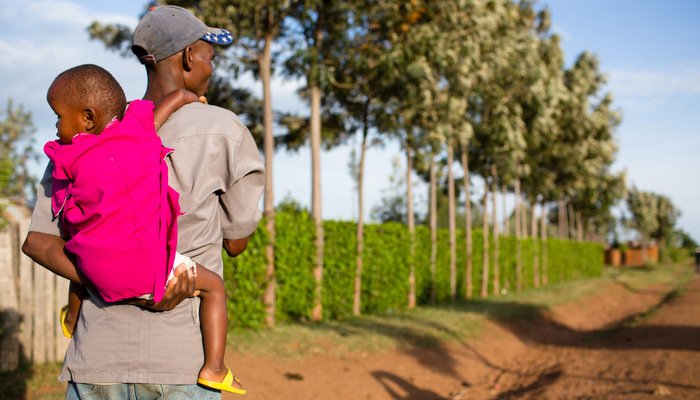 Looking Back…2014 Year in Review

Fighters. This is the word I would choose to describe my incredible team and their performance in 2014. The pursuit of the end of extreme poverty is a slugfest—a fight where the hopes, dreams, and lives of millions hang in the balance. It is a humanitarian crisis on a global scale that will affect all of us in the coming years. As I look back on 2014, I see battle scars that my team incurred from some of the toughest obstacles we ever encountered in this fight since we started this journey six years ago: Kenyan Country Director, co-founder of Nuru Kenya, and visionary Philip Mohochi passed in a tragic accident; a lethal maize disease hit our farmers again this year in Kenya; corruption, thievery, and threats on the lives of our team plagued the project in Kenya; and the Ethiopian team struggled with unanticipated changes to government policy that inhibited program design and threatened to set back months of work. My team stood up in the face of these challenges, and I was so inspired to see them push through seemingly insurmountable obstacles to hit and exceed our targets this year.

Because of their relentless perseverance, we gained important ground in the fight against extreme poverty this year and thousands of farm families in Kenya and Ethiopia were transformed forever. Year after year, we share stories of some of these farmers who were once suffering in horrible poverty…farmers who join Nuru’s programs, take their future into their own hands, and change their trajectory. For those of us who see the conditions of extreme poverty first-hand, these stories never get old. Farmers like Joshua and Amarch inspire us to continue fighting.

If I could summarize 2014 in one phrase, it would be: Nuru International’s foundation is now complete. The purpose of Nuru International is to raise up local community development organizations (like Nuru Kenya and Nuru Ethiopia) funded by social enterprises. We believe that unlocking the potential of local leaders and regional markets is the secret to ending extreme poverty in remote, rural areas. We’ve been working six years to build a model that can achieve this, and we now have data that proves it is working! Here are some 2014 highlights to further demonstrate the exciting progress we made this year:

This year, we were humbled and honored to gain visibility through various awards and media outlets. We were honored by the Dalai Lama, the White House, and through a Social Impact Fellowship with Gerson Lehrman Group. We’ve shared our story via Christian Science Monitor, BBC World Service, Forbes, Devex, ABC News, Al Jazeera, Huffington Post, TEDxBYU, KSL TV Salt Lake City, ONE, WV Living, and Awakin. Our hope is that more and more people will hear about our work and invest in the sustainable transformation of entire communities in the developing world.

We are so thankful that supporters like you recognize the importance of our work and are continuing to contribute financially to our vision. You are a critical part of our team, and I thank you for standing steadfastly by our side in this fight in 2014. We could not have achieved the success we did this year without you.

Our work is not done and the fight rages on, but we have much to celebrate about 2014. Fathers and mothers now able to provide for their children today are starting to plan ahead for tomorrow; and Nuru is poising for scale regionally, as well as globally. 2015 will certainly bring daunting challenges that we cannot foresee, but as I look back on the gains we were able to achieve this year together, I have one thing to say to 2015…bring it.