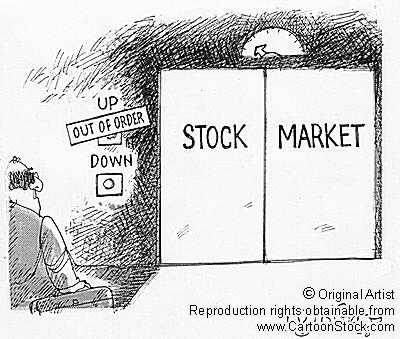 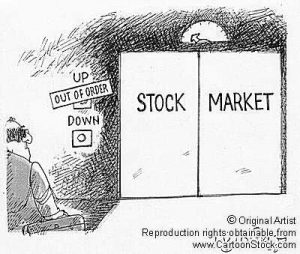 Well, I hear that the sky is pretty much falling back home. With the investment banking industry going the way of the dodo, the Dow Jones fluctuating wildly, consumer confidence tanking, and rising food and energy prices, the current administration and the Fed seem to be left scratching their heads in utter confusion and frustration. Many Americans have been left with a growing uneasy feeling of insecurity as they watch helplessly while what once seemed to be immovable icons of security collapse like a house of cards. Security…that basic feeling that makes you feel like tomorrow is going to be OK – that everything will just work itself out – because, well…it just always does right?

I want you to look inside of yourself right now and just sit in that feeling of insecurity for a second. It’s a pretty horrible feeling isn’t it? That little voice of uncertainty that speaks fear into your mind and tells you, “What if it’s not OK? What if I’m not as safe and secure as I thought? What if I can’t depend on the people/companies/institutions/governments that I thought I could?” That feeling really sucks doesn’t it? Now imagine waking up and feeling that awful, gut-wrenching feeling…every day. Imagine that your insecurity stems – not from the question of whether or not you will be able to afford that second car or that sweet apartment you’ve been looking at in the city – but from whether or not you will be able to survive this next day. Imagine looking over at your children still asleep and praying that you will be able to scrape together enough shillings to be able to feed them just one meal to give them the strength to hang on another day.

I don’t mean to belittle the feelings of insecurity that we are all feeling from this financial crisis, but today I’d like to share with you the plight of our new friends here on the ground caused by another crisis – a crisis that darkens their hearts with that horrible feeling of insecurity every single day…the coming global food crisis the likes of which, the UN says, has not been seen in decades. 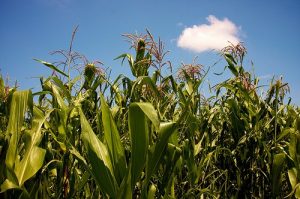 Let’s step away from the global food crisis for a second and talk about maize (corn). Maize is the staple food for much of Sub-Saharan Africa. In western Africa, it takes the form of foo-foo. In Malawi, nsima, and here in Kenya, maize flour is made into ugali. Ugali is an interesting food. Imagine taking cream of wheat and thickening it up a bit into sort of a cake…that’s ugali. I think it’s pretty much tasteless, but man…do they ever love it here! If nothing else, ugali is VERY filling. Farmers wouldn’t ever even think of stepping out that door in the morning to go to work without eating a bit of ugali…the breakfast of champions.

Like I said, ugali is made from maize flour. Almost every farmer here in Kenya grows maize to feed his/her family. There are two crop seasons here in Kenya that correspond to the two rainy seasons. Every March, farmers here plant their one or two acres in maize – hoping to be able to grow enough maize to last their families until the next rainy season in August when the can plant again. But there’s a problem. The soil here has been farmed for so long without crop rotation, that it has become drastically lacking in nitrogen and other nutrients necessary for high yields. Because of this, most farmers in our pilot community in the Kuria District produce only 2-4 bags of maize per acre each season. So what’s the problem? An average family requires six to seven bags of maize just to allow them to make it to the next season’s harvest. The low maize yield leaves these families critically short in food stores – resulting in a hunger season that lasts three to four months. During this hunger season, parents must seek ways to literally put food on the table for their children – often times trying to “stretch” the food supply by making a weak porridge out of the flour that will serve as the only meal that day. This vicious cycle results in chronic hunger and severe malnutrition in the children. 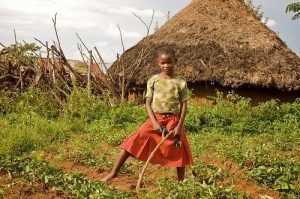 Luckily, by simply including properly utilized fertilizer as part of the planting and maintenance procedure for their crops, farmers can dramatically increase their crop yields from 2-4 bags of maize per acre to 13-15 bags/acre! An increase in crop yields such as this can mean the difference between a family losing some of their children to starvation and being able to afford to send those same children to a private secondary school where they can receive a high quality education. The solution seems so hopeful and simple. Enter the global food crisis…

The UN World Food Program stated that rapidly rising food prices has drastically increased the world’s hungry – up almost 18% since 2005. One out of every six people in the world will go 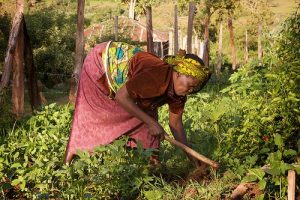 to bed hungry tonight. What does that mean to our friends here in Kuria? The food crisis is causing a drastic increase in the demand for maize (a good thing) while simultaneously causing the prices of the inputs needed by the farmers (fertilizer and topdressing) to absolutely skyrocket (a very bad thing). Because of this, our farmers can’t afford to buy the fertilizer they so desperately need to be able to prevent the coming hunger season. If the farmers could just get up over this initial barrier to entry, they would be able to produce 300%-400% more maize, and they would be able to command a much higher price than usual in this current market. That’s where we come in.

Our plan is to make a loan to the farmers in the form of high quality inputs (seed, fertilizer, and topdressing) to empower them to bust through that seemingly impossible barrier to entry. This simple concept will radically change the lives of approximately 500 farm families – impacting over 2,500 individuals in our pilot community in just one short year. The increase in yield will allow the farmers to pay back the loan and have enough maize for consumption to last the entire season. In addition, the surplus can be saved to purchase the inputs next season without a loan and pay for school and medical fees – making them truly self-sufficient.

Unfortunately, the barrier has risen to become an obstacle for even us to purchase the inputs – more than doubling the cost of the agriculture program up $50,000 above what we budgeted for the program. The price of fertilizer has more than doubled in just two months here…and it continues to climb. We need to order this fertilizer NOW for these families in order to give them some hope of experiencing that elusive feeling that we call security – a feeling they have seldom, if ever, felt in their lifetimes. Right now as you read this, one investment packet of inputs for a family farming one acre of maize now costs approximately $120 – the equivalent of one third of one of these farmer’s annual income – but that number will be irrelevant when you wake up tomorrow. You and I can make a difference right now that will have a tangible, life-changing impact on real lives…real faces that I see and talk with every day here. Real people just like you and me who dream big dreams for their families and long for some sense of hope and security to replace the aching anxiety and fear that they wake up to face every day. 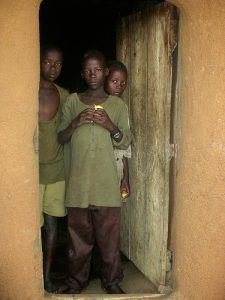 If this story has struck a cord with you today, I encourage you to get involved RIGHT NOW. I know that our nation is in the grip of a powerful fear right now that is breeding mass insecurity in all of our lives, but today, I ask you to set that aside for a moment…set it aside and consider the opportunity you have to make an immediate real impact to bring hope and security to another family on the other side of the world who feels and fears and loves just the same as you and I do. You can go to our website www.nuruinternational.org and make an investment in a life…forever changing them and the future of their family. Most of you know me. I hate asking for funding, but this isn’t about me. I can’t sit here and look in the eyes of these brave people and pass up this immediate opportunity to change things. This money isn’t going into some random World Bank black hole…it’s going to empower a farmer that I have shaken hands with and talked to face to face…to empower her with the tools and knowledge she needs to break the unjust vicious cycle of poverty she is trapped in. Thanks for taking the time to read this, and, more importantly, for taking ten minutes to try on the shoes of a brother or sister who has been dealing with a severe, immediate crisis every day of the last thirty or forty years of their lives…not just the last couple months. God bless.