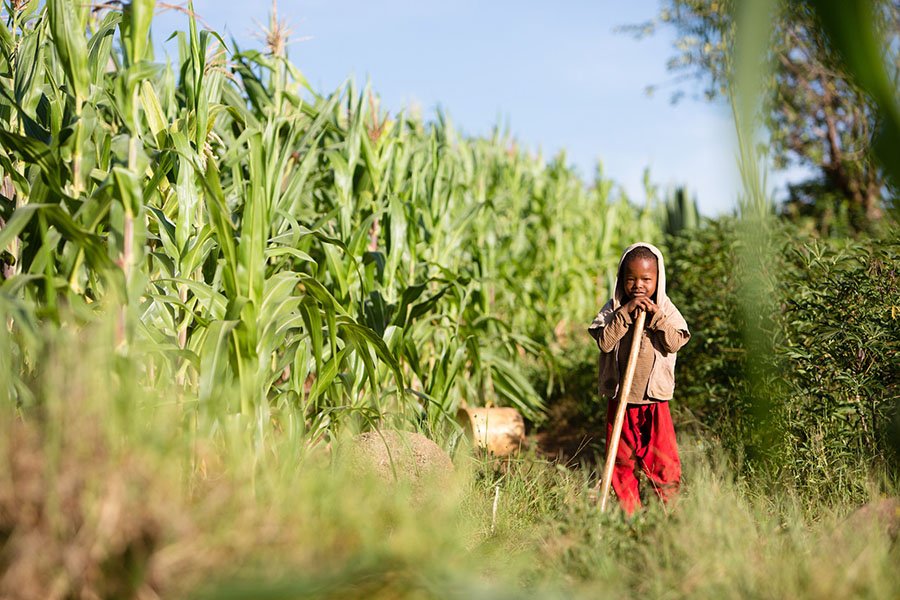 Mashirika, the Kiswahili word for NGOs, isn’t new to the young or old in many African countries. When I look back on the history of NGOs here in my hometown of Migori County, Kenya, many organizations came and left. Specifically between 1991-1994, I remember seeing 4×4’s cruising around as a lot of healthcare and education NGOs operated in Kuria West. The majority of these organizations employed what I call “handout strategies.” Some succeeded in the short-term, and others never succeeded at all. But for all of them, when they left, everything went with them – including the benefits of their interventions.

Without the help of NGOs, families would turn to friends and relatives for small loans; but due to lack of skills on how to employ loans, families would end using the money for nonproductive activities and, at the end, become indebted and unable to repay their loans. This practice actually increased household poverty levels. In Migori County, government help was either minimal or completely unavailable.

Even though I have had the privilege of working with NGOs and government institutions in several African countries – such as Angola, Rwanda and Ghana, among others – I have never seen an organization with a niche like Nuru.

Before I joined Nuru Kenya, I used to think its tagline of “ending extreme poverty, one community at a time” was just something on paper; but to my surprise, it’s a blueprint for a different way to fight extreme poverty. Here’s how Nuru is different:

On a particular Sunday, I was walking to church wearing a Nuru Kenya branded t-shirt. I met four little boys aged between 6-10 also heading to church. One of the boys shouted, “Nuru Kenya!” and asked me if I knew the meaning of words written on my t-shirt. I smiled and said no and asked them to tell me the meaning. His answer was astonishing: “Nuru inamanisha chakula tosha, elimu bora, afya bora na kuweka.” (Nuru means enough food, quality education, quality healthcare and savings.) His explanation summed up all four impact programs, the holistic approach of Nuru Model. They then told me how their parents love Nuru and tell them stories about Nuru and how Nuru teachers help them at school.

As I talked more with these boys, I recalled my childhood and the life I had then. We had NGOs in my community, but we had nothing to share other than seeing officials drive big vehicles. Today, children are sharing Nuru Kenya’s success! Nuru has become a daily talk in households. At their age, I never knew of a latrine; but these boys explained how they feel so secure and comfortable using the latrines their parents built with training from Nuru staff. What a great change in Migori County!

In my previous organizations, evaluations were only done at the end of the project to assess whether it was successful. At Nuru Kenya, we monitor and evaluate our work on a continuous basis and keep information flowing for effective decision-making. Nuru Kenya is among the few organizations that have an in-house Monitoring and Evaluation Program (M&E), fully equipped and manned by a team of professionals. Before any intervention is carried out, Nuru Kenya conducts a pre-assessment, which involves all stakeholders and provides conclusions that enable the team to decide on the effectiveness of each intervention using first-hand information.

One day I attended Nuru M&E enumerator training. It was the last day of this particular training and the enumerators were ready to go to the field for data collection. I challenged the team with this question: “What are you going to bring for us from the field?” I got an amazing answer: “We know you have invested so much in us and in this training, and therefore, we will make sure we collect data that its relevancy will live in the organization as many years as the knowledge will live in us.”

When I joined the organization I was amazed with the Nuru Leadership Program. Its objective is to train and develop local leaders to take over and manage the interventions. I have never seen a program like this at any of my previous organizations.

Before I joined Nuru Kenya, I was one impatient manager and supervisor. I specifically credit Nuru’s servant leadership training for changing the way I used to think. It prepares individuals to serve the community wholeheartedly. Many believe you cannot be a servant and at the same time a leader. However, to be a good leader, you have to learn how to serve others; and this is what Nuru Leadership Program has instilled unto us. At Nuru, I have seen individuals who have never worked in community interventions trained and transformed into the best community workers.

Nuru Kenya’s plan to scale is very significant for Kenya as a country. Many rural communities have been suffering for years due to lack of knowledge and the ability to make meaningful choices. Nuru Kenya is preparing to scale to Kuria East and Migori County under the supervision of local leaders trained by Nuru International. We believe Nuru Kenya will achieve the same success in other places as we did in Kuria West; and this means that we have a model that even the government could employ in its fight against extreme poverty.

I believe the Nuru Model is going to change the way the world views and fights extreme poverty – by emphasizing that poverty cannot be eliminated by giving handouts but by helping households and the community understand what meaningful choices are and how they can make meaningful choices.

Sometimes when I sit with my teammates and discuss what Nuru Kenya is doing, it seems like a movie. At first, I didn’t think it couldn’t be done, but HOYEEE! It’s already been done. Nuru Kenya is impacting and changing many lives.