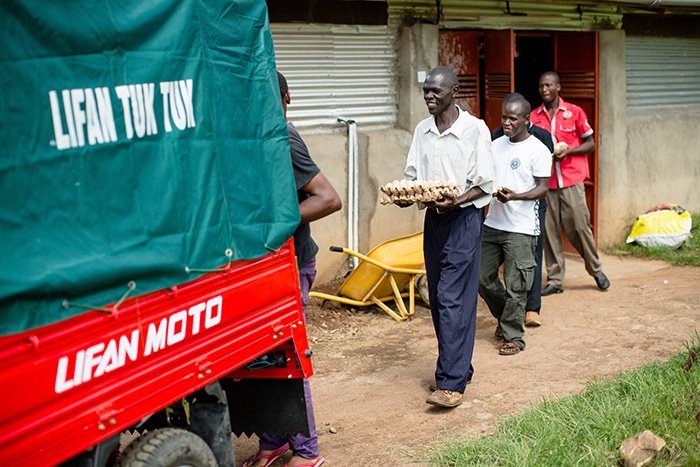 June 2015 marked Nuru International’s achievement of its most exciting milestone to date—its expat exit of Nuru Kenya after seven rewarding, and of course, challenging years on the ground. For Nuru Kenya Social Enterprises (NKSE) in its first year of operation, expat exit is exciting to celebrate but also serves as a reminder of the substantial work yet to be accomplished to achieve financial sustainability and for NKSE to achieve its own exit.

NKSE has succeeded in laying a solid foundation for its long-term success. It launched its poultry and dairy businesses in Isebania in 2014 and is currently expanding to Kisumu. This expansion is underway with a 10 acre land purchase in Kibos, Kisumu and construction of a poultry layer house in progress. In order to maximize both its financial and social impact, NKSE has also registered itself as a separate for-profit company fully owned by Nuru Social Enterprises (instead of being a for-profit subsidiary of Nuru Kenya).

In the coming months, NKSE will scale both its poultry and dairy businesses, raising 25,000 more chickens to lay eggs, piloting a broiler unit in Isebania, ramping up its yogurt production, and testing a wholesale distribution network. It will implement all of this scaling and growth with the single purpose of achieving at least $1 million in profit every year starting in 2018 in order to fully fund Nuru Kenya, our community development organization.

Post 2018 Nuru Kenya Social Enterprises will be fully run by a Kenyan team based in Kisumu. It will have 100,000 layers in its poultry unit. Its dairy unit will be an integral piece of the community given its reliance of community milk collection. And its robust distribution network for dairy, poultry, and consumer products will feature just-in-time inventory and the latest technology. These businesses will mean that NKSE is a vital part of the Isebania and Kisumu communities, creating jobs and providing market access. Ultimately, it will mean that NKSE is providing people with access to meaningful choices not only through Nuru Kenya’s impact programs but also on its own.

Nisha Chakravarty is the co-founder and chair of Women@Nuru and is the President of Nuru Social Enterprises.