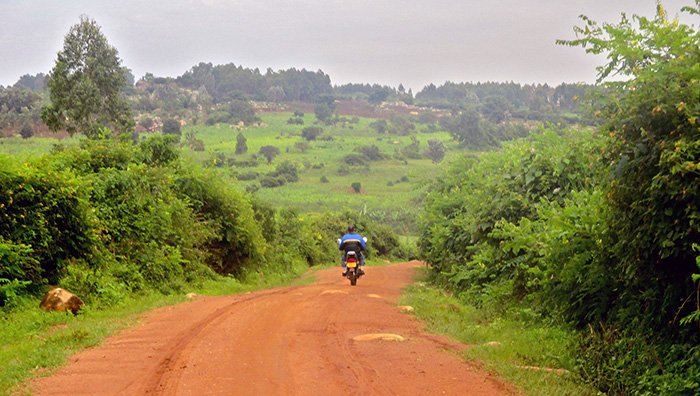 Nuru has always possessed a strong bias toward action. As a team, we’ve learned and improved our model by formulating creative solutions to myriad obstacles. So when the challenge of how to select a district for scaling arose, Nuru was up to the task. As an organization, Nuru decided to seek out a district that was already well situated to work within our current model. This model replication strategy will help us reach the most people in the quickest time possible. The district scaling team undertook a big job to scout and locate the most suitable district as Nuru Kenya embarked on this new mission. The four-person district scaling team included:

The last few months found the team traversing game reserves, navigating through flooded roadways and knocking on unknown doors. Starting in mid-February the team spent two weeks each scouting Kisumu West, Suba, Nyando and Kuria East districts. While the days were often long and challenging, the work proved worthwhile when the team submitted their results to the Nuru Kenya Strategic Leadership Team, who chose Kuria East as the next district for Nuru’s programs based on the team’s findings.

To find the ideal district, it was necessary to create a system for evaluating and comparing districts to one another. For a holistic model with four impact program areas, there are virtually endless criteria one could evaluate to make a selection. Nuru chose to evaluate districts across seven criteria including:

Each criterion was weighted and assessed through the scouting process. In the initial stages, Nuru International supported the Kenyan team by conducting a desk review of the first three criteria. After the desk review, the scaling team carried out a field review process to evaluate the remaining four criteria. The field review process primarily consisted of conducting key informant interviews with various stakeholders including government officials, local administration and diverse farm families. Based on the results of the desk and field reviews, each district received a score for each of the seven criteria. These scores were added up to give an overall district score, which was used to make a final district selection.

Although the process did not lack challenges, the inaugural district scaling process was certainly a success. Nuru Kenya now has a framework for making future scaling decisions, a portfolio of district information, and a trained and experienced district scaling team. Furthermore, at Nuru International, we are planning to leverage lessons learned and adapt the process as we begin to think about international scaling.