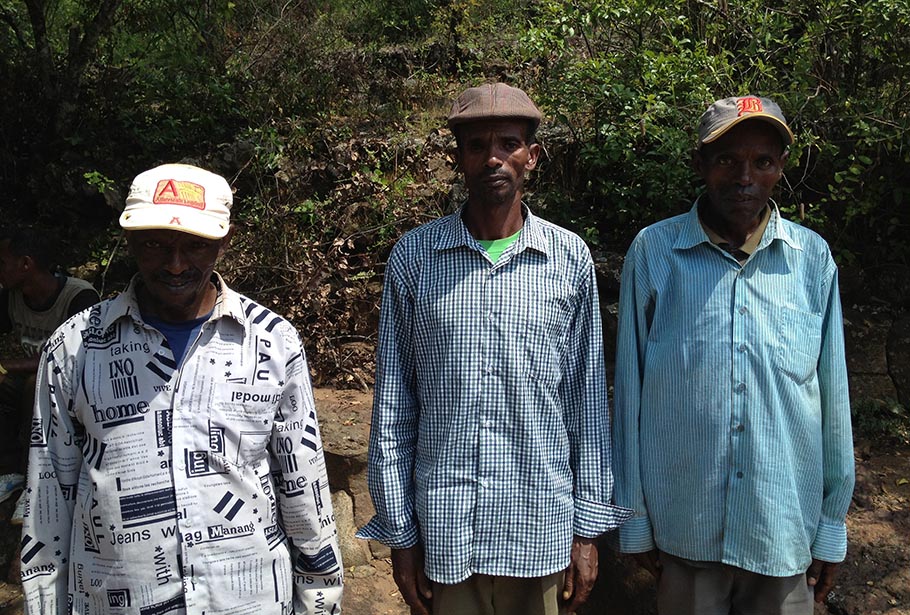 The Leader We Need

I have had the great fortune of leading incredibly talented men and women to accomplish seemingly impossible tasks — first as an infantry and special operations Marine and currently as CEO of Nuru International. My greatest teachers were not the colonels or generals whose orders I followed in combat, nor the icons leading international development theory and philosophy. I most certainly have learned from these leaders. However, my greatest leadership lessons have come from the foot soldiers next to me on the front lines of battle — as I fought against terrorists in Iraq and now on my new battlefield in the fight against extreme poverty.

I have gained immense respect for the power of one particular style of leadership: servant leadership.

Servant leadership is based on two simple principles: unlocking the potential in those you lead to enable them to reach their full potential and putting the needs of those you lead before your own needs. Inspiring and motivating others to do the impossible can only be done if you are willing to step out of the rank and file and into harm’s way first — as a servant leader. Over the years, the foot soldiers I fought next to became my greatest instructors in teaching me the power of servant leadership.

When Nuru began establishing operations in Ethiopia in 2012, we asked area leaders — or village elders — to physically walk with us along the traditional boundaries that separate municipalities so we could map the area with a GPS. Nuru works in remote, rural areas where reliable maps rarely exist.

That exercise involved three to four difficult daylong hikes through mountains, canyons and triple canopy jungle. To vet out who had a real interest in helping their communities from those who only wanted to take advantage of whatever resources Nuru would provide, we asked area leaders to volunteer their time. No pay was given. No jobs were offered. No programs were promised. Based on our work in Kenya, we knew that those who weren’t interested in helping their communities would drop out of the boundary walk quickly and wouldn’t return.

One of the first boundary walks was in a kebele, a local term for region, called Hambissa. On this particular morning, a team showed up led by the kebele chairman, Mesele Kassa.

Kassa is a legend in the area, and stories about him abound. As a young man, he defended a woman villager against a drunk; in the struggle, he lost his left eye. He is known for being tough and caring deeply about his people. I was eager to see this man in action.

The first part of our boundary walk was straight up a rugged ridgeline. As I adjusted my gear, Kassa turned, looked at me with a stern face, and said in his local language, “Hey white guy, try to keep up.” This surprised me since many of my previous boundary walks had been led by “leaders” who were terrified to offend me, worried of losing whatever I had come to bring. This was not the case for Kassa. He was there to do a job for his community, and he didn’t want to waste time.

We traveled hours up the ridgeline. Kassa moved swiftly, often checking on his team to make sure they were doing OK. As we neared the top, we saw a group of men carrying a stretcher holding a woman draped in white. In a flash, Kassa was gone, sprinting toward the men.

“Where is he going?” I asked in ignorant frustration.

We had only finished half the day’s work, and Kassa was taking off.

A team member named Tesfaye leaned over and said, “That’s one of Kassa’s farmers. She’s sick, and they are taking her to the clinic to try and save her.”

Tesfaye looked at me with a disapproving stare.

“The clinic is 10 kilometers away. He will help them carry her all the way and join us at the end of the day. I can lead us from here.”

Across the ravine, Kassa took the place of an exhausted young man bearing the front right corner of the stretcher. We watched them disappear over the ridge. I was puzzled. Bringing in and helping an international NGO like Nuru was a great source of power for area leaders, but Kassa didn’t seem to care. He was focused on the sick farmer and men carrying her over the mountains to the clinic.

After another five hours of trekking, we arrived back at the village center, just as Kassa arrived from the opposite direction. Famished, we all sat down together under the shade of a tree. I reached in my bag and pulled out bread and water, a small reward for a long, hard day of work.

Once again, this man surprised me. He had hiked much, much further than we had, carrying a stretcher the entire way to the clinic. I watched him carefully. Was he trying to show off? What was his angle here? He enjoyed his bread slowly, chatting and laughing quietly. These men clearly loved him. It was evident that Kassa would not only make a good leader at Nuru, but also become a good friend and teacher to me in the coming months.

Leadership is not a right; it is a privilege, a responsibility, a burden. Leadership is not something you take; you earn it. Take care of your people, and they will respect you for the man or woman you are — not for the title on your badge. Leaders who gain this kind of respect lead teams that achieve the impossible: teams that change the world.

This story was originally posted on Devex.