After hearing from Francis and John, two of the three members of the Leadership Program here at Nuru Kenya, Paul, our third member, gives his thoughts on the difficult task of giving assessments in Kenya.  As part of our work in the Leadership Program, our team is tasked with the job of training our Kenyan staff.  To know we are doing a good job we need to assess the understanding and application of our trainings.  These discussions proved difficult and sensitive because of the many implications that the west may not be aware of.  We are still assessing our staff but we tread carefully.  Paul explains in more detail about these difficulties specific to our work and with assessments in general.

Challenges of Giving Assessment to Nuru Staff in Kenya:
Fears of Being Tested and How They Impact Our Work in Leadership
by Paul Mwita Mogosi District Manager Leadership

Assessment is one way of measuring or judging one’s performance at a given task for a given period of time. This is associated with some challenges of giving it to Nuru staff in Kenya. The method of assessment used in Nuru Kenya goes deeper into tiny details creating some challenges. One needs to prepare much before giving assessments or tests. Some of the challenges are explained below.

Language and communication. It is very challenging to assess somebody who is using a language you do not understand. Most staff in Nuru Kenya are very good in Kiswahili and mother-tongue (Kikurian). This gives a challenge to assess if they are not capable in English, especially when they are giving out their view on something, it will be difficult to assess them. Therefore in Leadership we are doing trainings and assessments in Kiswahili. 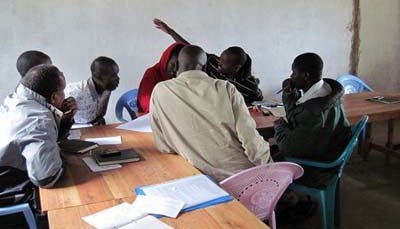 Creation of enmity. In the third world countries like Kenya where assessment is not well known with a reasonable percentage of people, one may think that the assessor is after his post and is intending to stop him from growing to become a Field Manager or Program Leader (leadership positions at Nuru Kenya) by giving him an unsatisfactory in his assessment. This will keep the fire of enmity burning and develop grudges as well.

Academic levels. It is difficult to train a Class eight (one with eighth grade education) to assess a Form four (high school graduate) guy because the Form four will challenge her with questions. It can even lead to demotion in the future hindering Nuru from growing. This will make her feel like she doesn’t deserve doing the work and may even be one way of demoralizing her.

Age. A very big number believe that age is a factor in the capability of someone tackling a given issue. Due to this, juniors do not give assessments to older men and women because they won’t listen to them and they tend to say that they have seen much compared to the junior one. This makes them think that what they are doing (assessing) is not up to standard. Therefore, if one wants to give assessments to someone older one needs to prepare well in order to handle such challenges.

There are also some fears which are associated with being tested. Fear of failing the test. When one hears about a test it takes him time for preparation because there are only two ways forward – failing or passing. If one is not strong academically or went through the backdoor to get their documents (paid for documents so they are not legitimate), you find that one will start panicking and even will end up not answering the test very well and eventually will end up failing terribly. 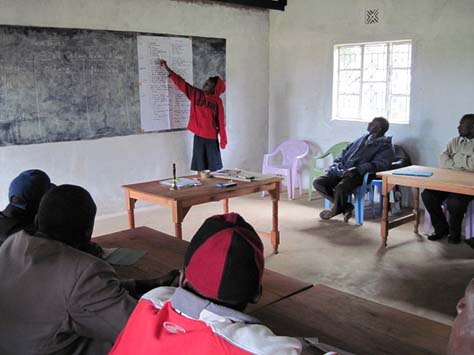 Fear of corruption. In most cases people have their godfathers (those who sponsor the employee and defend him) so that one may pass a test but because one had not given out money to people who are concerned (godfather), one will not be given that chance (result of a positive outcome of a test). Instead somebody who had failed the test will be given the chance because he had given out money to the godfather. This makes the organization not to grow and instead corruption and poverty becomes worse.

Fear of being demoted. When one is a manager in a given company and he is being tested, what runs through his mind is that he will be demoted if he fails to make it to the standard needed by his boss or employer.

Competition. A test is one way of distinguishing between wanted and unwanted employees. People fear competition from each other in terms of academics. When a chance is announced or advertised many people do apply for it with different academic levels, i.e. degrees, diplomas, and certificates. Because of this, a test is being conducted so as to get people who are suitable for the post announced. Those with certificates will fear not getting the post because academic level is one of the criteria (certificates are least prestigious in Kenya).

All these impact our work in the Leadership Program in one way or another. Assessments may create grudges, and mistrust between leaders and followers, hindering Nuru from achieving its goal. This creates leadership hardships as a leader can find it difficult to lead a given group at a given task for a given period of time. For these problems to be solved, settled and overcome unique methods of assessing and testing Nuru staff in Kenya should be implemented. It should be in a fair way or we will not be able achieve Nuru Kenya’s goal of ending extreme poverty together one community at a time. All in all, leaders who are assessing must be trained well on how to do it.