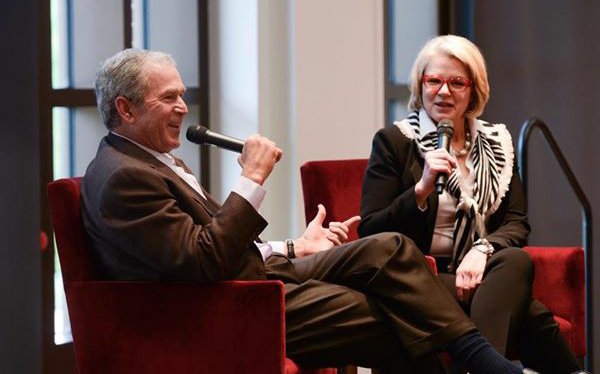 Last Saturday, I completed Session 3 of the Presidential Leadership Scholars (PLS) Program in Dallas, Texas at the Bush Center. The team at PLS continues to deliver – creating an unprecedented learning environment with access to former Presidents, their Administrations and world-renowned academics. I continue to be blown away by the opportunity to participate in this program.

The topic of focus for Session 3 was decision-making. We were afforded access to information detailing the decision-making process for some of the toughest decisions that were made by the Bush Administration. Dr. Condoleezza Rice shared insights on tough foreign policy decisions – everything from the war in Iraq to relations with Russia. Former Secretary Hank Paulson shared about the myriad challenges he faced as he and his team tried to prevent the country from descending into a second depression in 2008. President Bush candidly shared his thoughts on leadership, crisis decision-making, and the importance of building strong, transparent relationships as a leader. All in all, it was very rich learning environment that challenged my thinking and helped me identify ways in which I can grow to better serve my organization and our farmers.

Here are my top takeaways about decision-making from Session 3:

Three PLS sessions down, three to go! More to come.