So we tested our first hand washing station design, and although people really liked it, durability was an issue. After a couple weeks of use, a couple of devices started to crack at the tap/bucket interface. After some group brainstorming action in which our Field Officers came up with several new designs to address the problem. We settled on a new style of tap which is not only more durable, but more intuitive to use. Since then, we’ve done a “beta release” of sorts with this new design. Right now, we’re only selling the hand washing stations to Nuru staff (26 units sold and counting) just in case there are any defects that we still need to address. 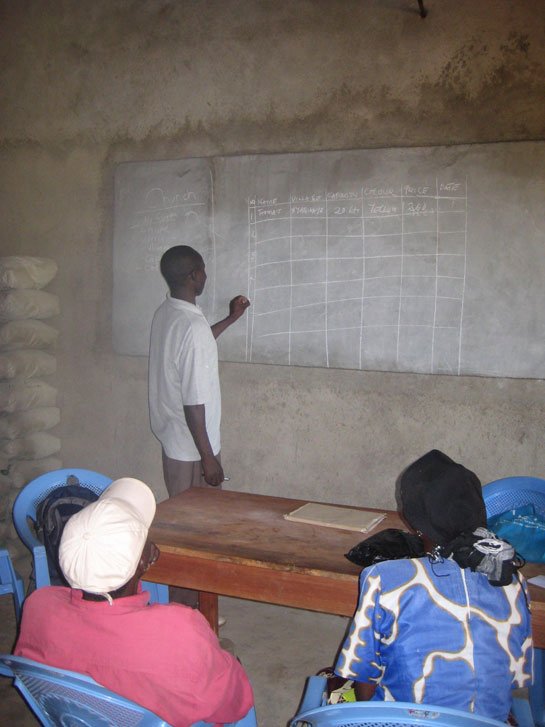 We’re hoping to continue testing until the beginning of January, and then sell to the rest of the community. It’ll be pretty good timing because that’s when farmers will harvest and get some cash money. Mo money, mo hand washing.