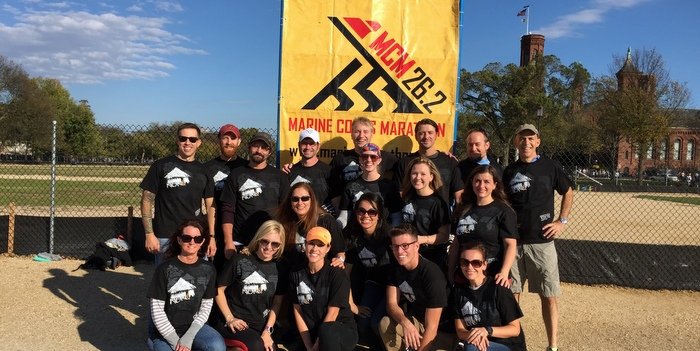 On October 25, 2015, thousands of runners from around the globe will converge in Washington, DC to run the 40th Marine Corps Marathon (MCM). And for the third straight year, Nuru International will have a team of runners coming from around the country to run the race and raise funds for Nuru. Would you like to join us?

Over the last two years, Team Nuru International runners have raised over $60,000 to further Nuru’s mission, and this year we want to continue that tradition. We have a limited number of slots available so please contact us soon for more info on how you can join our team.

For inspiration, read what marathoner Nathan Culp had to say about his experience with Team Nuru International:

“Last October I ran the Marines Marathon in support of Nuru because instead of providing handouts and creating a culture of dependency, Nuru partners with local farmers and community leaders who live in remote, rural areas of Kenya and Ethiopia in order to achieve a unique and meaningful impact in the global fight against extreme poverty. It is the simple philosophy of ‘teach a man to fish you feed him for a lifetime,’ and it is working in some of the poorest corners on earth. This was my 7th marathon and as the miles piled up, I realized that each mile got a little easier than the last because I knew that at the end of this race, with your [financial] help, all the pain I’ve endured will help end the pain of hunger for one child, one family, one village and helped provide the tools necessary to put countless meals on countless tables.”

We hope you join us!