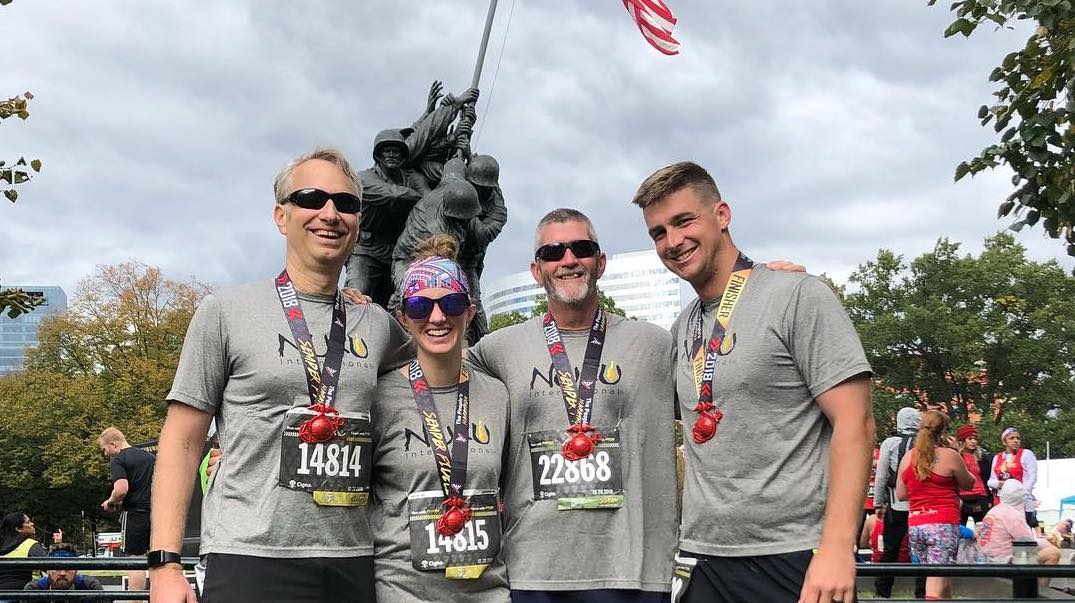 Every year since 2013, runners from across the US have partnered with Nuru International to raise awareness for farmer families who are living in extreme poverty while running the Marine Corps Marathon. Runners gather together in Washington, D.C. each year to challenge themselves mentally and physically at the People’s Marathon while shining a light on Nuru farmers and fundraising to support long-term meaningful choices in fragile rural communities in Kenya, Ethiopia, and Nigeria. In the last nine years, runners have come together to raise more than $150,000 for Nuru International!

Together, members of the Nuru International Running Club are running a variety of events between now and the end of 2021, participating in 5ks, marathons, ultramarathons, Spartan races, and more. With this platform, the team is sharing the impact of Nuru’s work, highlighting the more than 140,000 people who have benefited in Kenya, Ethiopia, and Nigeria. As runners train for their upcoming events, they have been fundraising to support continued work with Nuru farmers.

Nuru International is part of a nonprofit ecosystem creating a more just and equitable world by incubating locally-led, owned, and sustained organizations in sub-Saharan Africa. These implementing organizations – Nuru Kenya, Nuru Ethiopia, and Nuru Nigeria – cultivate enabling environments for stability and economic opportunity. Through solutions customized to their unique contexts, the Nuru ecosystem helps rural communities lift themselves out of extreme poverty by equipping farmers to build resilience to unwavering shocks, moving from farming for subsistence to thriving farmer-owned and -led cooperative agribusinesses.

Nuru International is still looking for more runners* who are willing to participate in a running event during 2021 and to fundraise with other members of the running club. Runners of all speeds willing to run a variety of distances are invited to join the fight to end extreme poverty. For additional information, please provide us with your contact information.

*If you are not interested in running, but would like to cheer on the Nuru Running Club as they strive to raise $35,000 together, you can make a donation here.