Last October, my wife Jamie and I joined 22 runners from around the country who ran the Marine Corps Marathon (MCM) on Team Nuru International. Together we raised over $25,000 to support Nuru’s efforts. It was amazing to run together in our nation’s capital with over 30,000 runners from around the world. As we ran, it was even more amazing to reflect on the lives that would be changed by Nuru through the efforts of our small, but committed team.

As a result, we decided to build and expand our team of runners, and we are looking for others passionate Nuru supporters like YOU to run with us in 2014. We only have a limited number of bibs available. Even if you aren’t able to join us as a marathoner, we would love to have you join us in raising funds and awareness for Nuru as we join with runners from around the world in the 39th Marine Corps Marathon October 26, 2014 in Washington DC. Interested? Email me directly and I will send you more details. 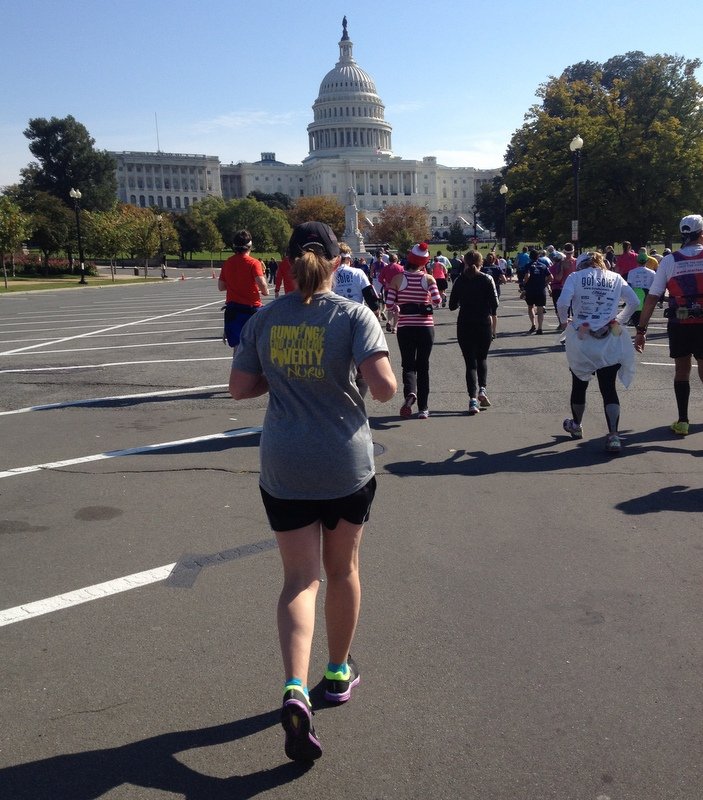