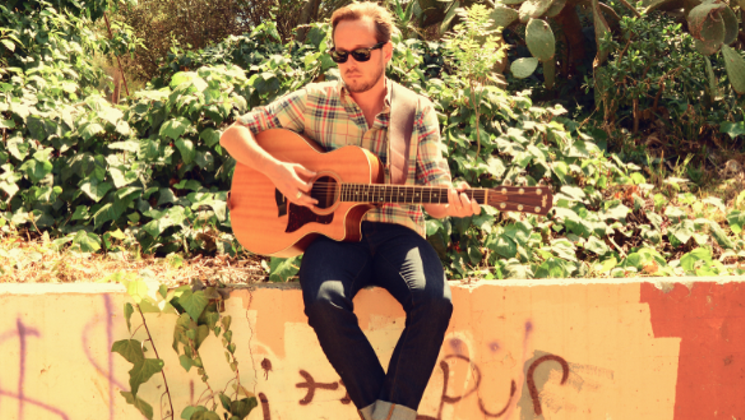 Almost every day in my role at Nuru, I get the privilege of connecting with individuals who are true change agents. They deploy their talents, skills, and resources to see the end of extreme poverty, and not only do they inspire me, but I believe that through their examples, they ignite others to do take action.

Earlier this month, I had an opportunity to conduct an interview with Nathan Fox, a musician from La Jolla, California who has dedicated his musical talents and created a song and video to help fight extreme poverty. The song is called Helping, and it is available for download on iTunes, or you can check it out on Pandora or Spotify. Better yet, go see Nate in concert.

In the meantime, if you want to learn a little more about this change agent, check out this interview…

Billy: What started you writing and playing music?

Nate: I’m fortunate. I grew up with a lot of things—food on the table for one—which a lot of people don’t have. Among those things was an upright piano in our living room. From as far back as I can remember, I would bang on that piano. My older siblings took piano lessons, and I couldn’t wait til they were done, so I could jump in and play again. I would try to recall and play movie scores, and then eventually began to write my own pieces, and I just kept with it.

Billy: What is your inspiration for music?

Nate: I’m inspired by the connection we all have to music. People from all around the world are able to feel similar emotions just by hearing the same few notes strung together. It’s pretty rad.

Billy: How did you discover Nuru?

Nate: I discovered Nuru through a staff member, Alex Martin. We knew each other growing up. He’s a good dude and I have a great deal of respect for him. Alex posted about Nuru on Facebook sometime near the beginning of when he began to work with Nuru, and I read the post. It was the video of a farmer, Joshua, feeling empowered by being able to provide for his family. That video really struck a chord with me, and made me want to learn more.

Billy: Tell me about your song and video Helping.

Nate: I’m at a point with news media in general where I feel like steps need to be taken so we don’t go any further down the tube of utter rubbish. So much in the media is negative. They regurgitate stories which produce hatred and fear over and over again while the positive stories are overlooked because they don’t sell. But that’s enough of that. The only thing that can illuminate darkness is light, and Helping is my way of pushing something positive out there. I have a friend who does video work at Onairus Films. I collaborated with him to create the video in an effort to point people toward the positive work that Nuru is doing. This project with Nuru has been really fulfilling for me because it allows me to be a part of something and do something to help.

Billy: Do you have any advice for others who are looking to make a difference in the world using their gifts, skills, and talents?

Nate: Set aside your doubts and fears and all of the naysayer stuff. At some point, stop planning and get out there and do it. When I had the initial idea, I put it off for at least a month before talking to Alex just because of my self-doubt. I was worried my idea would be a waste of Nuru’s time and so on. But then I reached out and now we have the video to show for it. If you don’t flip the rock over, you won’t ever know what’s underneath it.