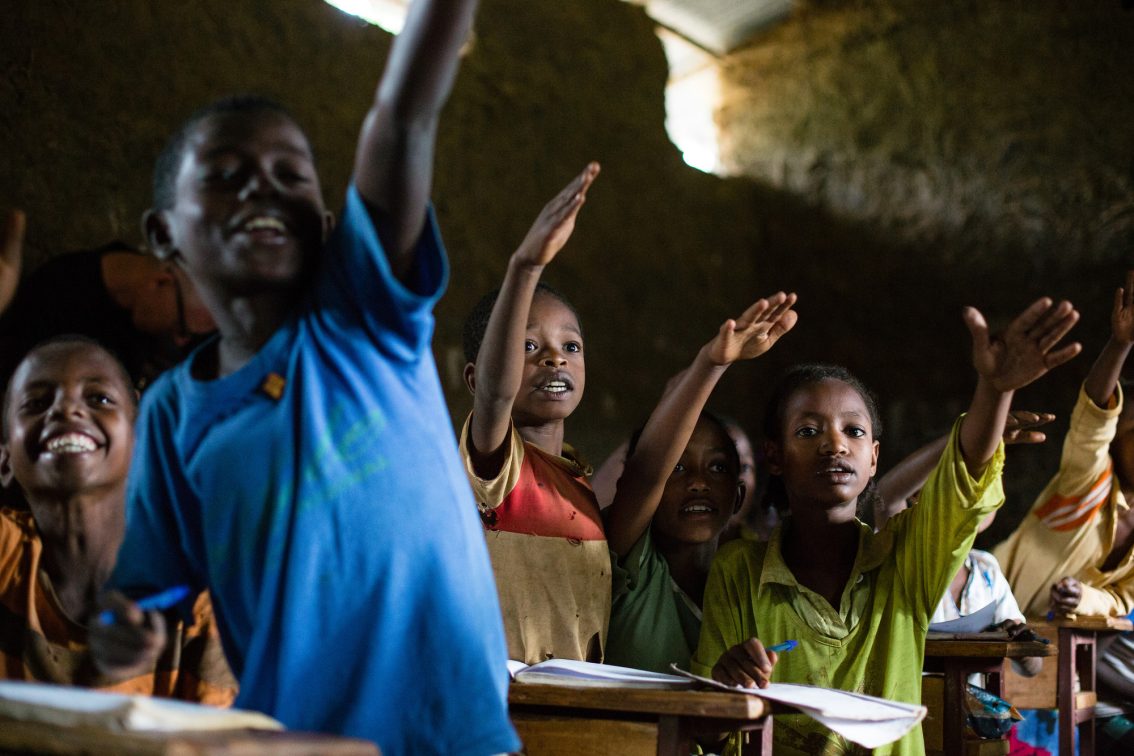 The past year has been a year of growth, iteration and achievement for Nuru Education. Nuru Kenya Education began completed its fourth year of outreach, while Nuru Ethiopia Education completed the Program Planning Process in July and launched its program in October. There were many highlights in both countries throughout the year.

Nuru Kenya Education (NK ED) continued to expand its outreach program in Kuria West, launching in 8 new schools in Kenhancha Division to start the 2015 school year. In total, NK ED conducted outreach in 25 schools reaching over 7,100 students across three divisions. The NK ED outreach curriculum manual is complete thanks to the hard work of Senior Training Manager George Nyamweya and Training Manager Ambrose Maroa. Program Manager George Baridi continued to lead the program after the first wave of expat staff exit in June 2014 and worked through many challenges including a 5-week teacher strike that closed schools in September.

As NK ED looks towards 2016, there are more changes on the horizon. George Nyamweya and Ambrose Maroa developed a teacher training curriculum that will be piloted in April of 2016. The goal will be to train teachers in the schools on the same techniques that Nuru Kenya outreach facilitators use now. Outreach will continue in 2016, but the eventual goal will be to turn over responsibilities of the outreach program to the teachers in the schools through this teacher training. The NK ED team will also prepare for scaling to Kuria East in 2017 and will iterating the current program model to ensure sustainability, scalability and impact.

Nuru Ethiopia Education (NE ED)  saw its beginnings in 2015. In January, four new local staff members began the Program Planning Process (PPP) to design the program model with Program Strategic Advisor Jimmy Leak. In April, we were excited to welcome Program Specialist Kevin Nascimento to the NE ED team. They completed the program design process in July, and Feven Yimer was named field manager and program leader. Shortly thereafter, Kevin and Feven attended a training led by Save the Children on their Literacy Boost program and we entered into a partnership with Save the Children to implement that program as the main part of our program model. The entire team has been working hard since then and launched the program in October with a Training of Trainers. NE ED is working with teachers across 10 schools and will be engaging in community reading activities in 7 kebeles that Nuru Ethiopia Agriculture has established cooperatives in.

With the teacher training portion of the model up and running, NE ED will turn its focus in 2016 to launching book banks and community reading activities through the Nuru Ethiopia cooperatives, co-constructing sex-segregated latrines at schools in those areas and providing supervision and follow-up training to teachers in the initial 10 schools. In October 2016, NE ED program will scale to new areas and launch these initiatives at the beginning of the 2016-2017 school year.

It was exciting to see the progress of both Nuru Kenya and Nuru Ethiopia Education in 2015. Both programs have solid foundations and are developing activities that will raise literacy levels amongst children in Nuru farmer households, helping them to build knowledge and skills to help them stay out of extreme poverty in the future.