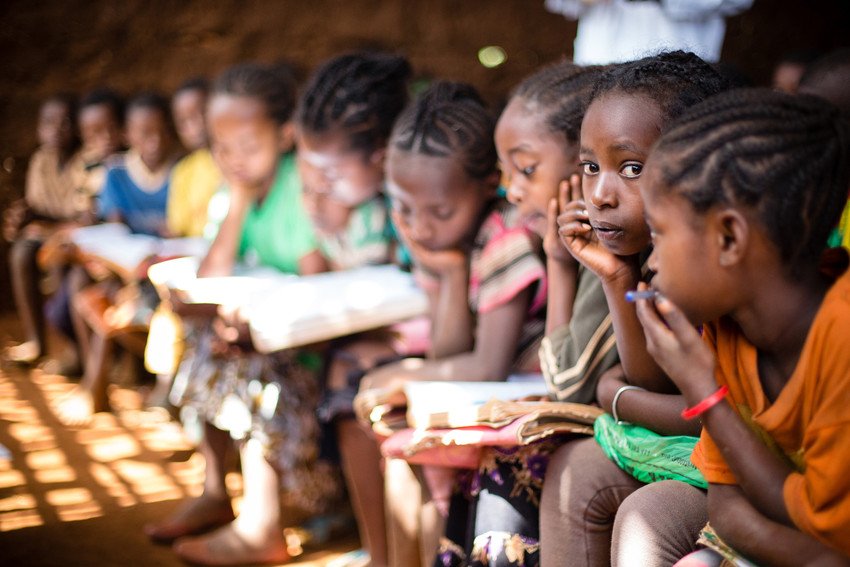 Are you reading this in your native language?

Recently, the Global Campaign for Education (GCE) estimated that 221 million children in developing countries were unable to understand the language of instruction in their schools. In sub-Saharan Africa, instruction in a non-native language is particularly pronounced due to the history of colonization. Many countries demand English or French as the language in which children should learn to read, write, and speak even if the vast majority of the population grows up speaking different, unrelated languages. The result is very low levels of literacy and many children lacking true understanding of what they are attempting to read and speak.

Countries have varying policies when it comes to language of instruction. Language of instruction has even been debated in the U.S. for a long time. Starting with the Bi-lingual Education Act of 1968, legislation has been passed to ensure that children whose first language is not English get special assistance and in some cases are allowed to learn how to read in their first language before having to learn English. Some countries, such as Ethiopia, adopted mothertongue, or local language, instruction as a requirement in early primary school. The reasons behind adopting mothertongue language are broad, but a few of the main ones are: improved comprehension and learning, increased parental involvement, preservation of local languages.

UNESCO has long promoted mothertongue instruction because of its positive impact on reading and learning. Evidence shows that skills acquired learning to read in your first language (L1) can transfer over to a second language (L2). Practically, that means that children can learn how to read in their native language, and those skills can help them learn how to read in languages that may be used nationwide or worldwide such as Swahili, English, or French.

Mothertongue instruction has proven to increase parental involvement. In countries that experience high rates of extreme poverty, the involvement of parents in a child’s education is typically low. Parents from these countries have many household, farming, and other work demands that take up their time and they typically have low levels of education and literacy rates themselves. Even when parents want to engage in their children’s education, they are often unsure of how, especially when the child’s schoolwork is in a language that is foreign to them. Mothertongue instruction gives parents more opportunities to engage in their children’s learning even if they may not be literate themselves.

Mothertongue instruction can help to preserve local languages, stories, and cultures that have been mostly orally passed down through the generations. The history of European colonization in Africa contributes to the marginalization of many local dialects and languages. The preservation of languages or the introduction of new languages into an area can cause disputes and even violence. Language policy can be controversial.

A great example of is Literacy Boost is aimed at helping children in developing countries in grades 1-4 learn to read. Save the Children has created a framework for assessing whether the program should be conducted in the local mothertongue language or a broader national or international language.

I’ve seen this firsthand in my work with Nuru International: many of the families we worked with in Southern Ethiopia did not speak English or even Amharic, the national language. Fortunately, the Ethiopian government had adopted a policy that all children in grades 1-4 should learn in their mothertongue language. Our solution was implementing Literacy Boost, a multi-national program that promotes mothertongue instruction by Save the Children. The program allows for translation of materials into local languages and promotes using local publishers to print books in these languages. Literacy Boost has seen great success worldwide under Save the Children. Children in Literacy Boost in Malawi and Pakistan are able to understand three times more information that they read as children not in Literacy Boost in those countries. At Nuru, children who learn to read means they are eventually able to “read to learn” and have opportunities to break the intergenerational cycle of extreme poverty.

Let us join together on this International Mother Language Day and celebrate the thousands of languages that exist in our world and call upon policymakers and governments to promote policies that allow children to learn to read in the native languages.