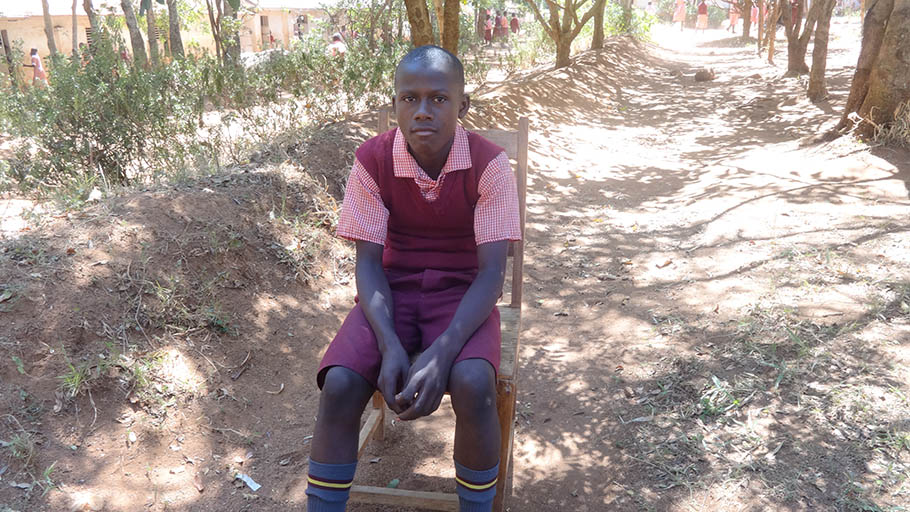 Hillary Manari is a 14-year-old boy who goes to Keborui Primary School in Isebania Division. He will be sitting for his national exams in the coming year. Looking back, Hillary says the Nuru Kenya Education Program has had a tremendous impact on his life. He vividly recalls how his life was before he started attending the outreach classes. Hillary says he could hardly speak proper English. He was unable to score well in his other subjects since they were all set in English (except Kiswahili class, of course; Kenya’s other national language is also taught in schools). He attributed his previous low scores to not being able to make sense of what was in the papers – since they were written in a language he did not fully comprehend. His self-esteem was dented in the process. He had tried his very best in school, but there was no improvement at all. He dreaded whenever schools closed, because he had to face his parents with his poor performance.

Enter 2012, when he started attending Nuru Kenya Education Program outreach classes at his school, Keborui Primary School. He was in class four then. The first thing he noticed was the small number of students that Nuru Education staff taught at one time, compared to what he was used to: a class of over 40 pupils. Nuru outreach classes had between 8 and 12 students, making what was being taught more individualized and comprehensible. Hillary notes that Nuru outreach officers visit their school once per week to teach students English.

Hillary adds that over the years, he has seen a significant improvement in other subjects as well. He says that as a result of the outreach lessons, he is now confident in differentiating vowels, consonants, syllabification, nouns and verbs. His grades have since improved tremendously.

He is grateful for the impact that the outreach classes have had in his life. His class teacher has also commended Hillary’s comprehension of the English language. She’s seen Hillary represent Keborui Primary School in English-related contests and festivals like drama, poetry, and even public speaking. Hillary adds that the pride he sees in his parents’ eyes has boosted his self-esteem.

Hillary promises to perform well in next year’s national exam which will give him the chance to go to a good secondary school.