After several months of good rain, Nuru Kenya is happy to share these photos of Nuru farmers’ crop progress. The Agriculture team and Nuru farmers are excited as they anticipate good harvests from this first year of planting diversified crop packages. 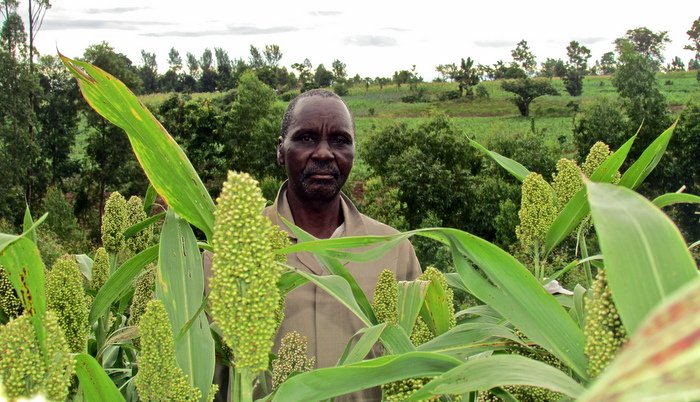 A farmer stands among his sorghum field, which will be ready to harvest in a few weeks.  He is eager to harvest, as the improved seed he received in his Nuru Agriculture loan looks to produce a good yield and has matured much faster than the variety he used to grow. 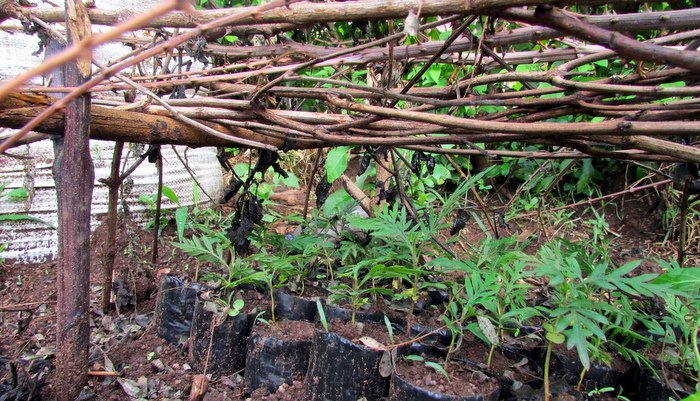 These Grevillea Robusta tree seedlings have been transplanted from their germination bags. The seedlings will be planted out to the field at the onset of the next rainy season. 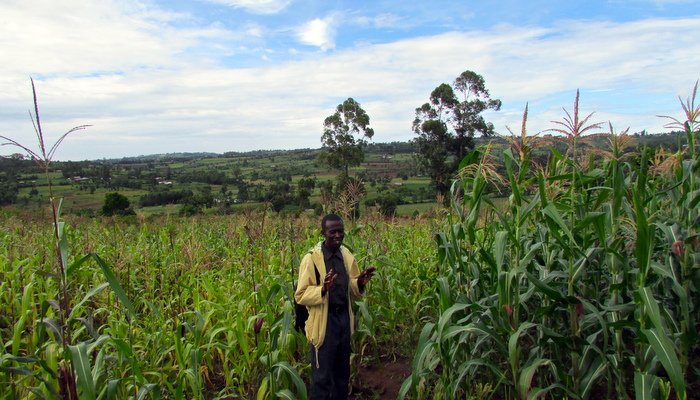 A Nuru Field Manager stands between a non-Nuru (left) and Nuru (right) maize field explaining the difference between in the two fields. Nuru uses quality inputs and training on agronomic best practices to improve yields. 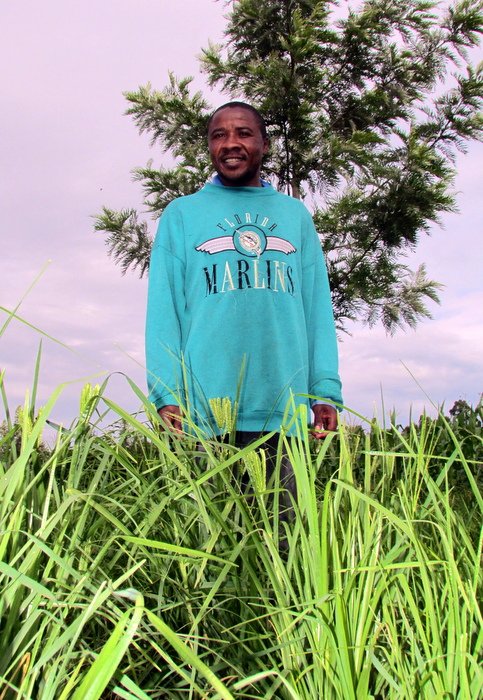 Standing in his millet field, this farmer said he expects the biggest millet harvest to date due to the new planting method he learned from his Nuru Field Officer. 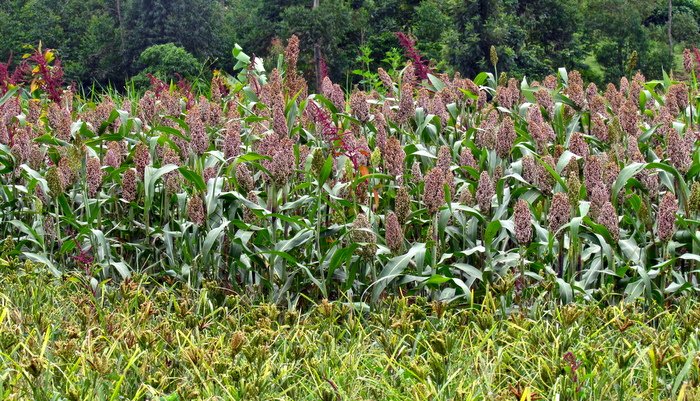 A Nuru sorghum field (background) and millet field (foreground) are almost ready for harvesting. The new crops have performed well during their first year of introduction to Nuru farmers