The Nuru Ethiopia Agriculture Team is excited to share an update of the 2014 belg season planting through photographs. Nuru Ethiopia farmers have seen amazing growth and progress since starting to plant in March and April and continuing to thrive through May. As these farmers continue to diligently work their land, we will share their results. 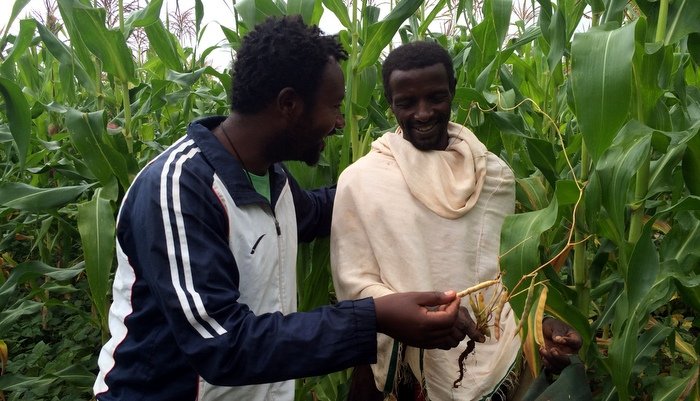 Nuru Ethiopia Field Officer Tewodros Teshome celebrates with a farmer in Dubana Bullo about the maturity of his intercropped haricot beans. Haricot beans are expected to be harvested at record quantities in all three kebeles during the first two weeks of July. 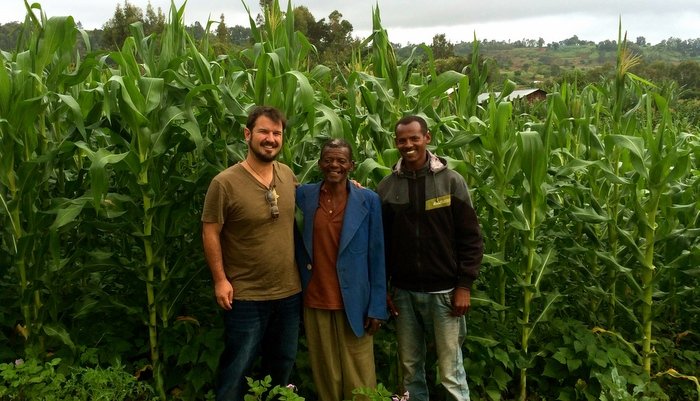 The Agriculture Team visits a farmer in Metaka Mele who is seeing impressive maize and bean growth on his 0.25 hectare plot. 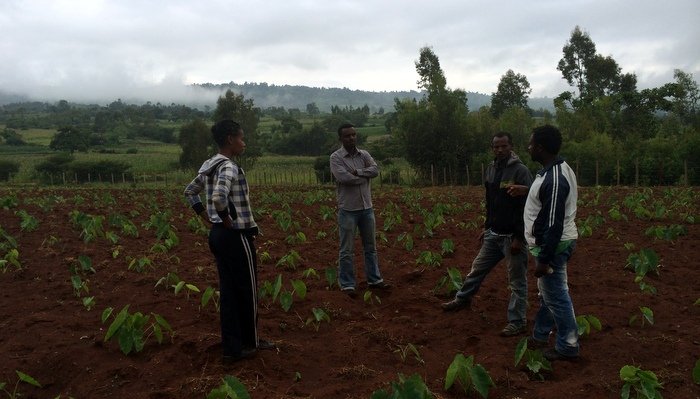 The Agriculture Team visits a taro experimental plot in Dubana Bullo, discussing some of the challenges we’ve had with germination rates of a new variety of taro that was successfully introduced in Metaka Mele but is proving to be ineffective in the lowlands of Dubana Bullo. 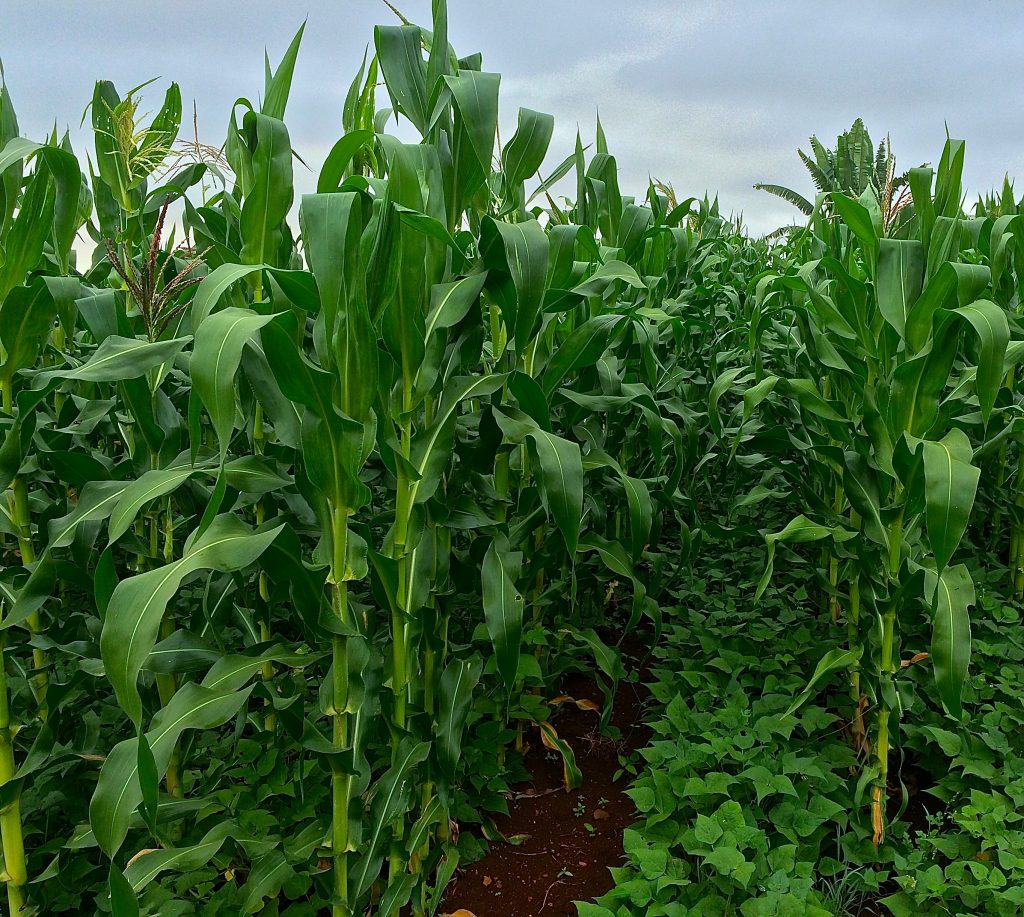 In all three kebeles, maize and beans have been intercropped successfully by Nuru farmers. This picture shows a farm in Metaka Mele where one Nuru farmer has adopted best agronomic practices perfectly, keeping her plot free from weeds and applying fertilizers at the appropriate times. 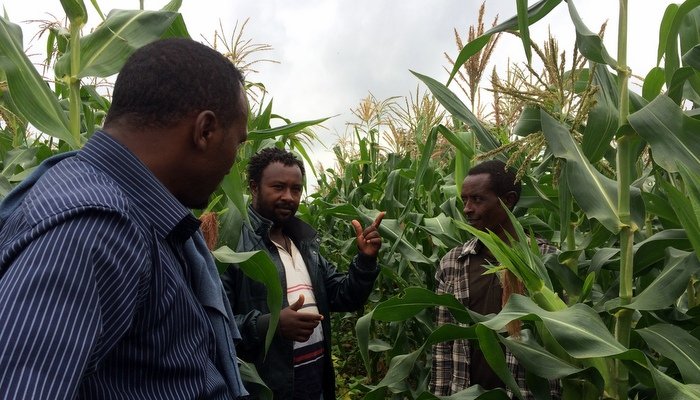