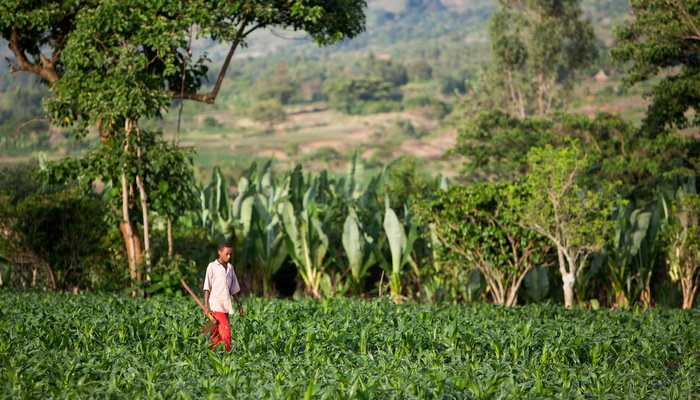 Nuru International emphasizes a learning approach in the design, planning, and execution of its programming. Periods of reflection and review afford the opportunity to revise, adapt, and iterate on the way we work. This blog speaks to an example of how the learning approach has been applied to the Agriculture Program in Ethiopia in planning for operations in 2015.

The Nuru Ethiopia Agriculture Program was created through an intensively facilitated process of program design with local team members and communities throughout 2013. The Agriculture Program works with farmers to address the problems of food insecurity, low crop yields, and highly constrained income generating opportunities in agriculture. The approach uses the fundamentals of farm input loans, technical training, extension services, and groups organized into grain marketing cooperatives. This offers farmers the bundled package of goods, services, and organizational structure that they need to succeed in their farm enterprises.

The Agriculture Program worked with nearly 500 farmers in 2014, producing large yield increases for maize and bean crops. The Agriculture Team experienced successes and challenges in the field, from which they extracted key lessons to incorporate into future planning. For the 2015 season, the Agriculture Program in Ethiopia will make a few key adjustments to the program design based on the experiences in 2014. One of the changes to be made in 2015 is that the Nuru Ethiopia Agriculture Program will focus exclusively on grains and pulse crops that are both local food consumption crops and have ready markets.

In 2014, the Agriculture Program featured a dual pronged approach to address community agriculture-related needs: a core investment of maize and beans to provide food and income generating opportunities to all farmers, and small pilots of sweet potatoes, and taro for some farmers, with the aims to provide food and a source of improved planting material. While the pilots proved successful in achieving their aims, the Agriculture Program found much more success in maize and bean production. There are two reasons behind this. The bean crops provided food and income at what is normally a hunger season for farmers. Later in the year, the maize crop could be eaten and sold for income generation.

In 2015, the Agriculture Program is focusing on maize, beans, wheat, and teff. These crops will favor farmer households with food and income generation opportunities as well as providing revenue for the community-based cooperatives. Many grains and pulses have favorable characteristics such as a long shelf-life under relatively simple-to-follow storage guidelines. Moreover, many grains and pulses have ready markets in Ethiopia, facilitating the ability of grain marketing cooperatives to aggregate and trade the commodities for the benefit of their farmers. Lastly, increased focus on particular grains and pulse crops allows the Agriculture Team to concentrate their efforts on a more refined set of activities, especially given all the particularities and challenges of working with tuber crops. In future years, farmers will increasingly adopt best agricultural practices and operate their grain marketing cooperatives independent of Nuru Ethiopia’s programming. They too will have the choice to learn and adapt what they grow to yield them the best benefits at the least cost.

The emphasis on grains and pulses that can be both eaten and sold is one example of how the Nuru Ethiopia Agriculture Program is adopting the learning approach to review and revise its programming to offer meaningful choices to partner communities in extreme poverty.