Out of Extreme Poverty: Josphat’s Story 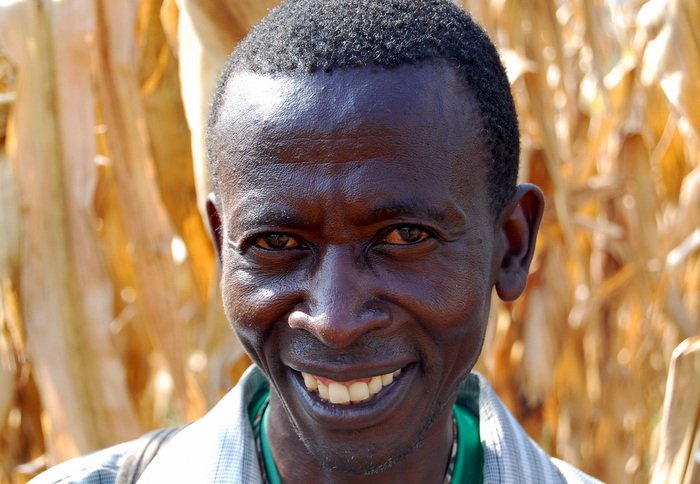 49 year-old Josphat Mokami Maroa lives in Nyangiti, Kenya. Anyone who has met him knows to never mistake his soft-spokenness for timidity. Even from the rhythm of his gait, you sense a palpable determination.

Josphat is surrounded by the fruits of his labor: nine healthy children all in school living among three rooms on three arable acres of land. His wife Robi also runs a small shop, in addition to their honey farm and vegetable garden. Josphat has always worked hard; but he can recall season after season when long hours of planting maize, cassava and sorghum didn’t yield enough to provide for his wife and then small children. They even lost a six-month old son in 1997. Josphat said of his four decades in extreme poverty, “We had little hope for improvement.”

In 2009, Josphat enrolled in a Nuru farming group and received an agriculture loan. Other Nuru members elected him as their chairperson. He eventually joined Nuru Kenya staff and serves today as an Agriculture Field Manager. Here was Josphat’s road out of extreme poverty:

Year 1: harvested 6200 lbs of maize (31 sacks) from one acre; sold excess maize; bought 20 sheets of corrugated metal to put a roof on his mud hut, making it a permanent house; paid his children’s school fees.

Year 2: harvested 5400 lbs of maize (27 sacks); bought more corrugated metal to finish the first roof and add a second room; Robi joined a savings group and started putting away 200 Ksh ($2.35 USD) per week—four times the target savings amount; using a Financial Inclusion Program loan, they bought a plough cow to work their land (faster than by hand) and to rent out to neighboring farmers.

Year 5: harvested only 1800 lbs of maize (9 sacks) due to Maize Lethal Necrosis Disease; Robi took out a loan to get them through the season and then opened a kiosk to sell sugar and soap. 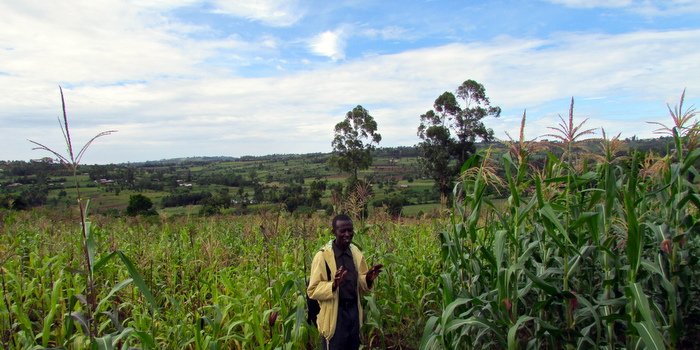 Nuru uses a design tool to map out the process and experience of how a Nuru member interacts with each impact program to meet his household’s needs while also identifying possible difficulties he might face. Learn more about how Nuru visualizes programs from the perspective of the very participants they are designed to serve.