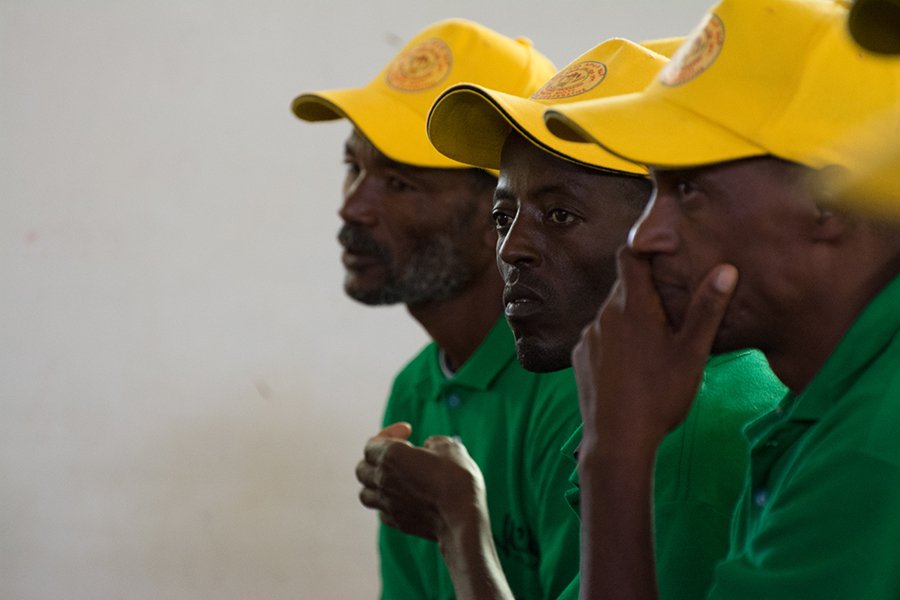 In July 2016, Nuru Ethiopia celebrated with the community as smallholder farmers passed a key milestone: successfully facilitating the formation of the Hidota Grain Producer Farmer’s Cooperative Union PLC. This is the first time Nuru has facilitated the creation of such a large enterprise run exclusively by farmer members. The union presently serves 14 primary cooperatives and over 2,000 members, with plans to expand to over 4,000 members in 20 cooperatives by 2017.

As Nuru Ethiopia scales up programming to more communities and smallholder farmers, so does Hidota Union.

A cooperative union is a farmer-run, farmer-owned, farmer-benefiting business that aggregates the business activities of smaller primary cooperatives. This business aggregator will provide primary cooperatives enhanced bargaining power when commercializing their produce and in buying farm inputs like fertilizer and seed which get loaned out to farmers. All these benefits help remote, rural, disaggregated smallholder farmers gain an advantage.

The word “hidota” is from the local Gamugna language and means “light” (a reference to the meaning of the word “Nuru” in Kiswahili). The union is run autonomously by Nuru farmers with technical and financial support from Nuru Ethiopia. Nuru provides seed capital for the union’s startup costs, office and staffing, including accountants, storekeepers and a professional general manager whose job it is to run the business side of the union. The cooperative union is an umbrella for many of its component primary cooperatives. Primary cooperatives, in turn, are made up of farmer-members.

How does Hidota Union add value to farmers?

The main value add that unions offer is to aggregate dispersed networks of smallholder farmers. When farmers are spread out across remote rural areas on very small plots of 1-3 acres, they have little power to bargain to purchase their farm inputs or to sell their produce. They wind up competing with one another, and paying high transaction costs. By banding together in cooperatives, farmers overcome collective action problems and begin to build social capital.

After harvest, the union is able to increase their collective bargaining power. They lower costs and increase sales all while meeting the specific needs of individual members in the remote areas where Nuru works.

Role of the union

How does this address poverty?

Smallholder farmers often sell their grain at lower prices because they lack the time or ability to find legitimate buyers. Instead farmers are often forced to sell to local middlemen who pay lower prices. Farmers sell out of convenience and lack of opportunity.

The union and primary cooperatives are able to bypass local middlemen and find large buyers who will pay fair prices for their products.