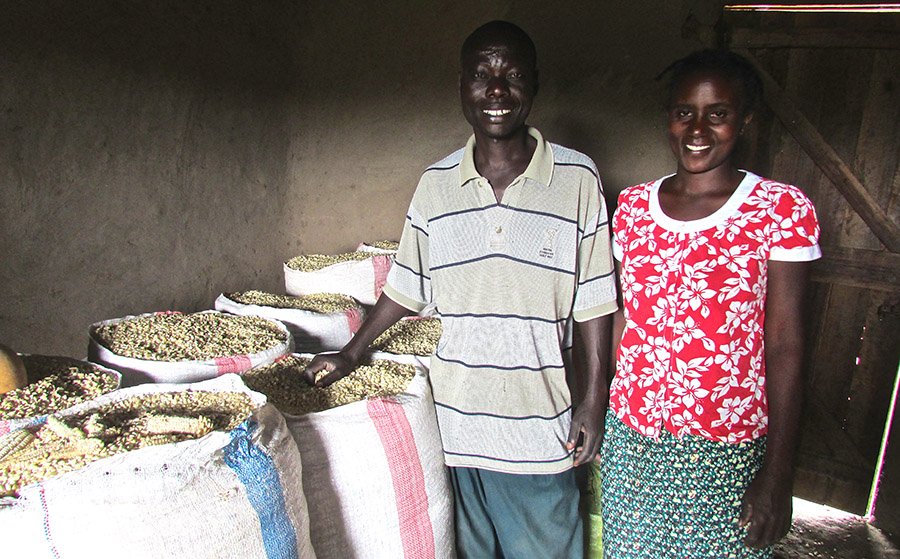 Improving income and food security for small-scale maize farmers in Kenya requires addressing challenges along the entire value chain–from planting all the way through the sale of surplus yield. Nuru Kenya (NK) ensures farmers have everything needed for planting by providing input loans. Support from NK continues throughout the growing season as farmers receive training and extension services. Over the years NK has realized that farmers also need help in marketing their produce and accessing fair, reliable markets. For example, in 2014, maize imports into Kenya hit record highs, which caused market gluts and a fall in maize prices in many regions. This made it difficult for families reliant on maize farming as a source of livelihood to generate enough income for their household needs. The problem was particularly evident in regions near international borders such as Kuria West Sub-County, which borders Tanzania and is NK’s primary area of operation.

Nuru Kenya has always aimed to assist farmers during harvesting and marketing by teaching farmers how to minimize post-harvest losses, produce high quality maize and properly store their produce. In 2015, NK decided to extend post-harvest services by linking farmers to markets with fair, stable prices. Led by Market Linkages and Coops Manager, Kennedy Opondo, the team began preparation for the Nuru Kenya Market Linkage Program (NK ML) by undertaking market research in early 2015 and developing a solid database of potential market partners and understanding of maize markets. As the harvest came in, NK ML helped farmers aggregate produce, check quality and market the produce to external traders all with the aim of improving income for Nuru farmers.

As is likely with any new initiative, NK also experienced some challenges that require further research and development:

While the first ML season experienced some great successes Nuru Kenya and its farmers will keep working together to find ways to make markets work for small-scale farmers. Moving farmers from subsistence agriculture to farming as a business is an essential step in ending extreme poverty. As such, addressing market challenges, though difficult, remains an important component of any agricultural intervention.