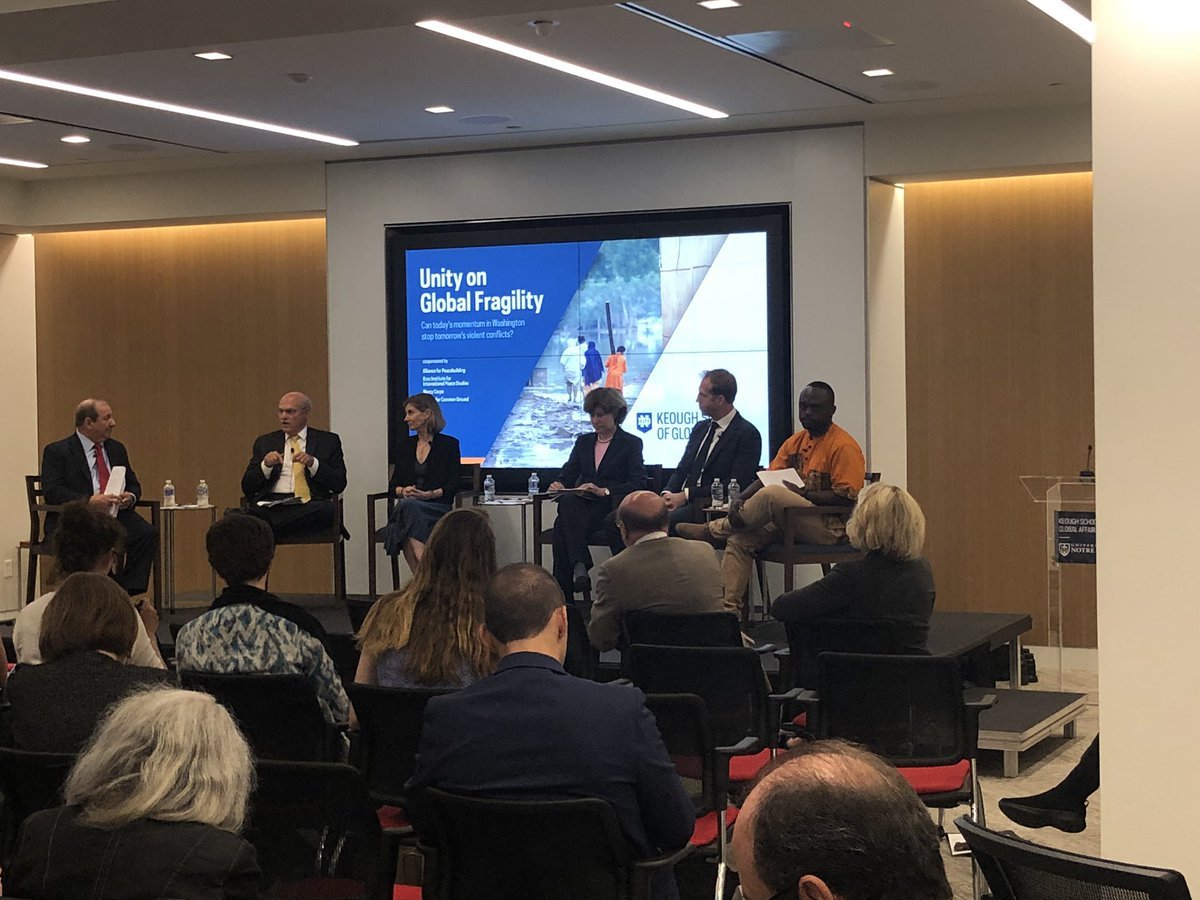 The hosts led a robust discussion on countering violent extremism as a unifying idea across government from high profile experts across the defense, diplomacy and development sectors, including current senior officials from the Department of Defense, State Department and USAID. Featured speakers were NGO leaders who are pioneering programs and strategies to take this initiative into the field in real time, such as Search for Common Ground, Mercy Corps, and Nuru International.

Senator Chris Coons (Delaware), the lead Democrat on the Global Fragility Act (GFA), and Republican Senator Todd Young (Indiana) provided a refreshing bipartisan presentation on the bill, which would create a whole-of-government approach to American foreign policy with respect to preventing the spread of violent extremism. They emphasized the importance of bipartisan work on this issue and  highlighted the bill’s potential to tear down walls and connect the dots in the government. Senator Coons said the area where he personally thinks of first implementing the GFA first is the Sahel and Nigeria due to the direness of the situation. They forecasted the bill’s success, breaking news that the Senate will “hotline” the bill the same day to see if it may pass the Senate by unanimous consent. Senator Young emphasized that we owe it to the men and women in uniform to take part in prevention as opposed to reaction. 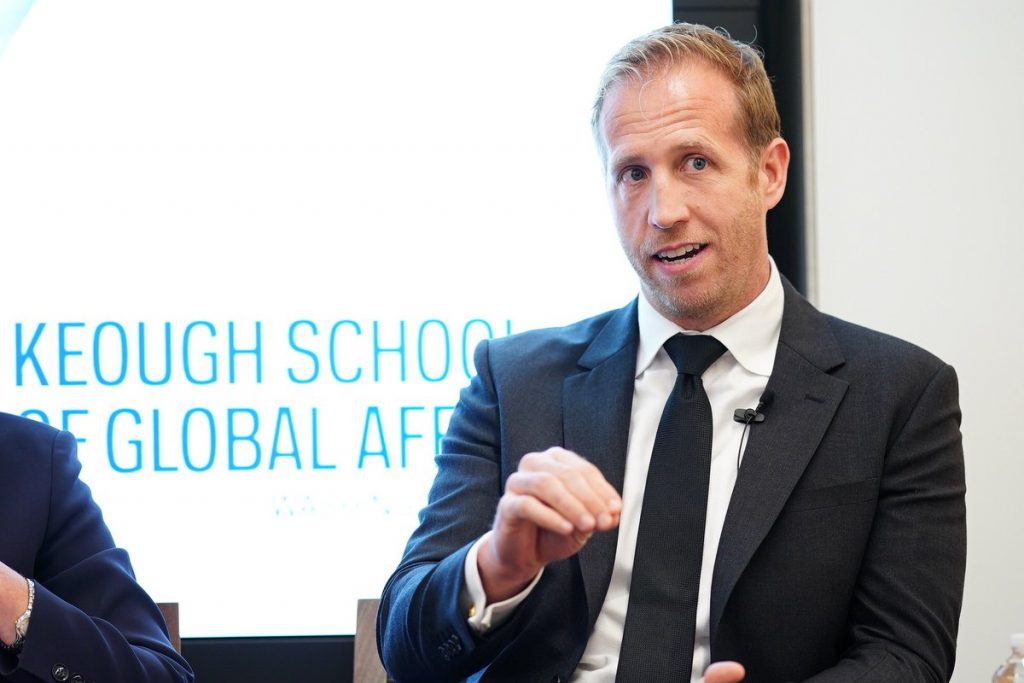 Nuru International was represented by its Founder/CEO Jake Harriman, who shared his thoughts on inter-agency peacebuilding. Jake said, “For this legislation to have real teeth and realize the impact we all hope to see on the ground, we need to embrace some bold new ideas. What we have been doing isn’t working. We need innovation at all levels. What does that look like on the ground?”

Jake’s unique, on-the-ground perspective and insights earned him agreement and appreciation from the Notre Dame hosts, his fellow panelists, and the audience of more than 250 experts and leaders.

“It’s so humbling and inspiring for Nuru to be one of the lead voices now in the discussion on global fragility. There is so much momentum around this issue at all levels of leadership in academia, government, and civil society. My team and I are excited by the prospects of GFA passage, and we’re eager to begin the hard work of helping to implement this bill on the ground in some of the most fragile places in the world.”

Click here for a full-length video recording of the event.

Chief Operating Officer - Marc joined Nuru in 2014 and has over 15 years of experience in strategy consulting and general management. He worked nine years with Bain & Company, managing strategy development, operational improvements, private equity, and implementation projects in the US, Europe, Asia, and Australia. Marc then served as the Chief Financial Officer of the global education nonprofit Escuela Nueva in Colombia, South America, before joining the Bridgespan Group in New York. Marc earned his MBA with emphasis on Entrepreneurship from the Haas School of Business at UC Berkeley and has a B.S. in Business Administration (finance and information systems) from the University of Colorado at Boulder.